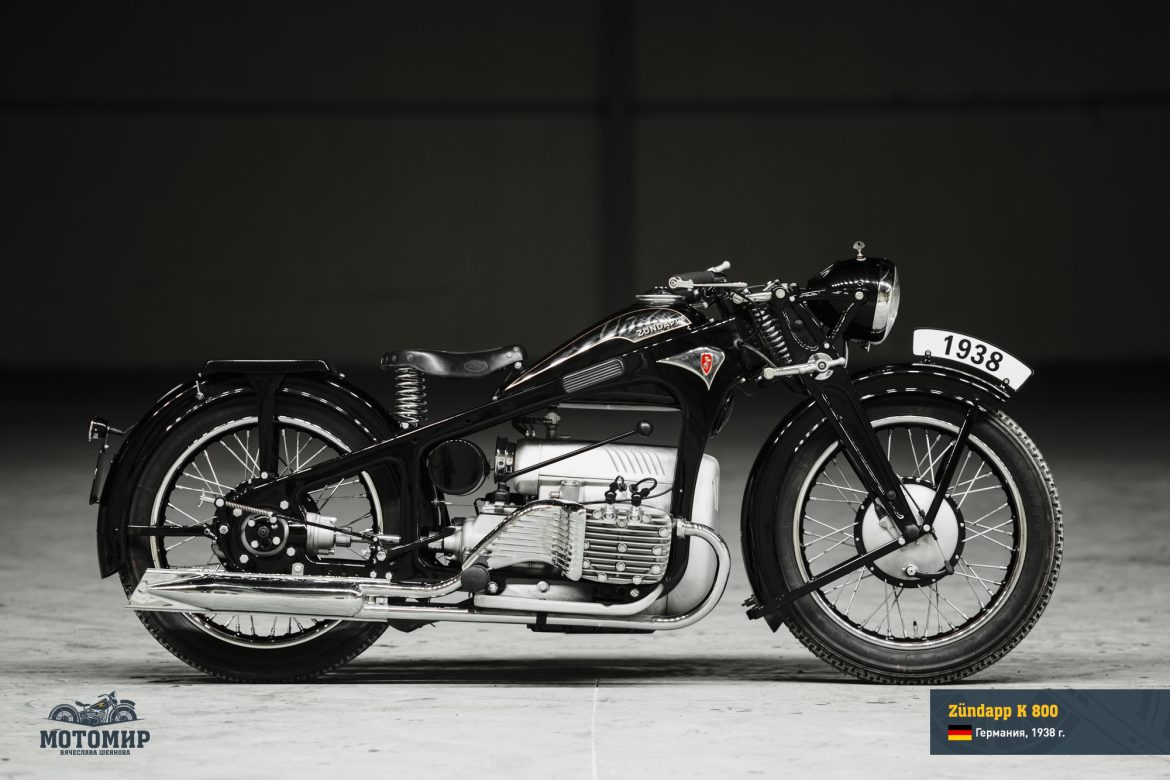 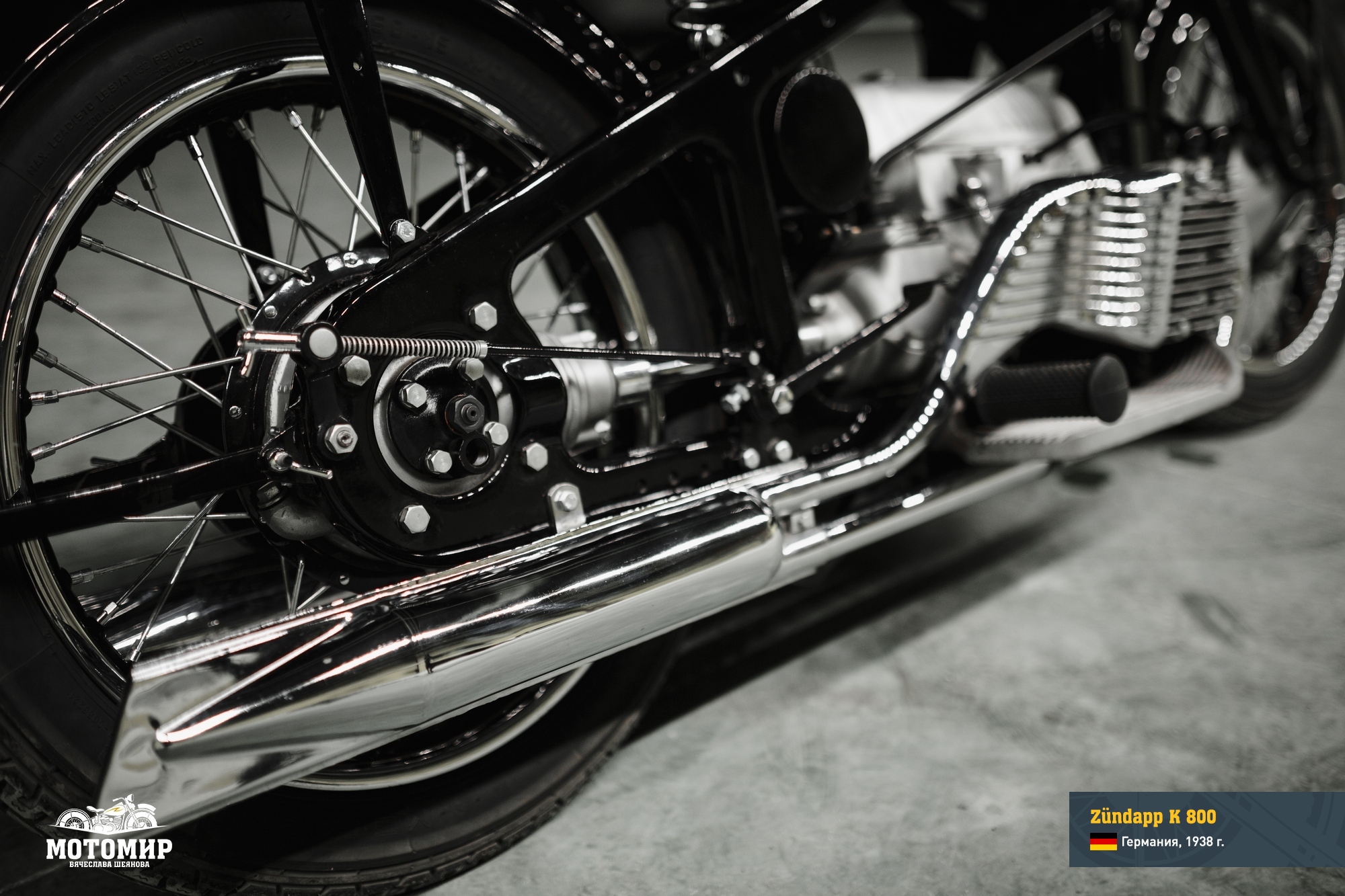 The Zündapp K 800 was equipped with a 4-cylinder, flat, air-cooled engine with 20 hp at 4000 rpm, which had a very beautiful design both externally and internally. The first engine modification had the bronze-backed bearings in connecting-rod big ends and PALAS bronze carburetor; the camshaft was chain-driven. The first K 800 machine had an engine with 18 hp rating. 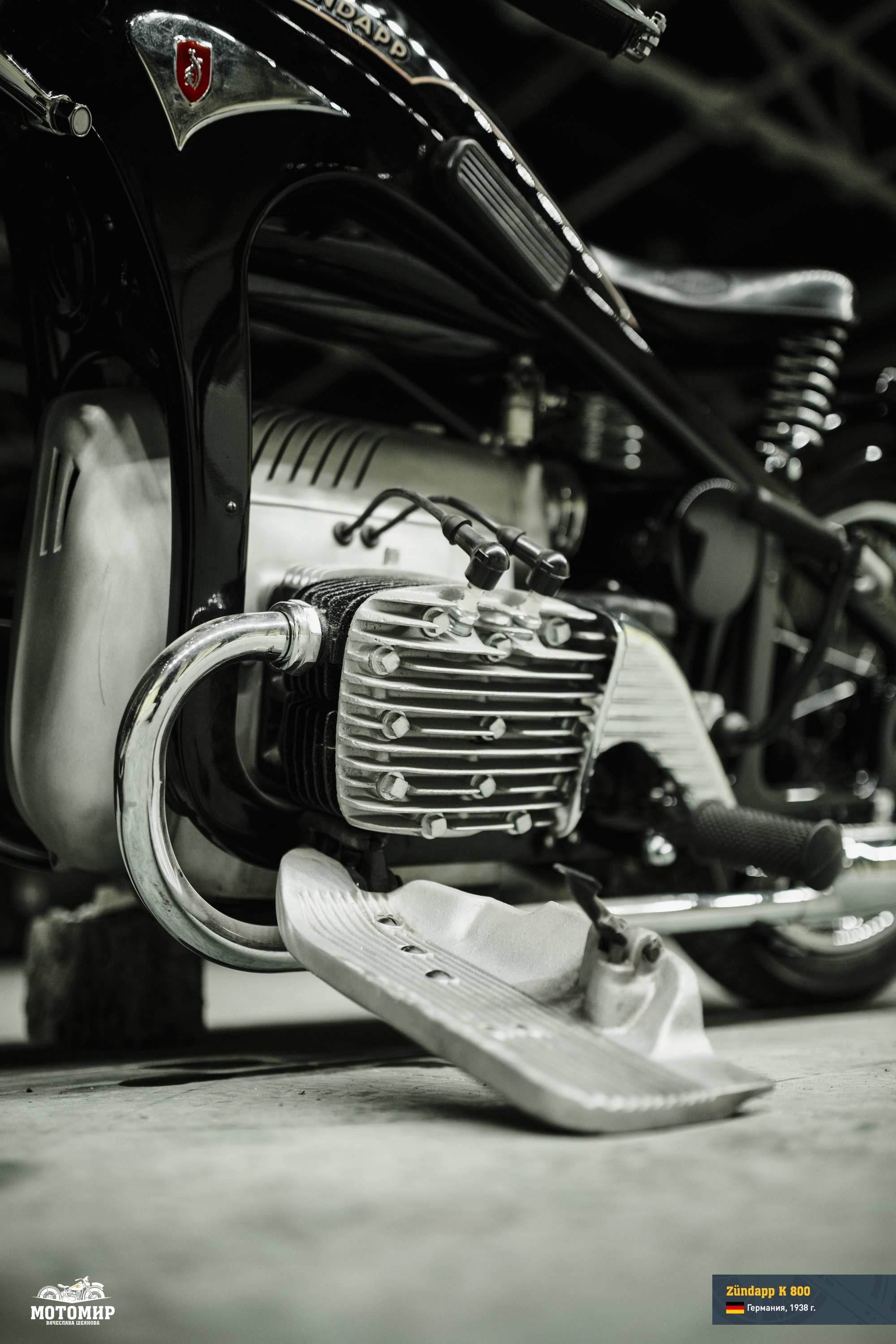 In 1935, the motorcycle was modified. Lower connecting rod heads got needle roller bearings, the generator was driven by fabroil gear with a rubber damper introduced into the system, and most importantly, the new Amal carburetor was installed, the motorcycle capacity increased to 20 hp. On versions with an accelerator pump the power reached 22 hp. Also the shape of crankcase cover plates was changed, both for the upper cover and for the one closing the carburetor. 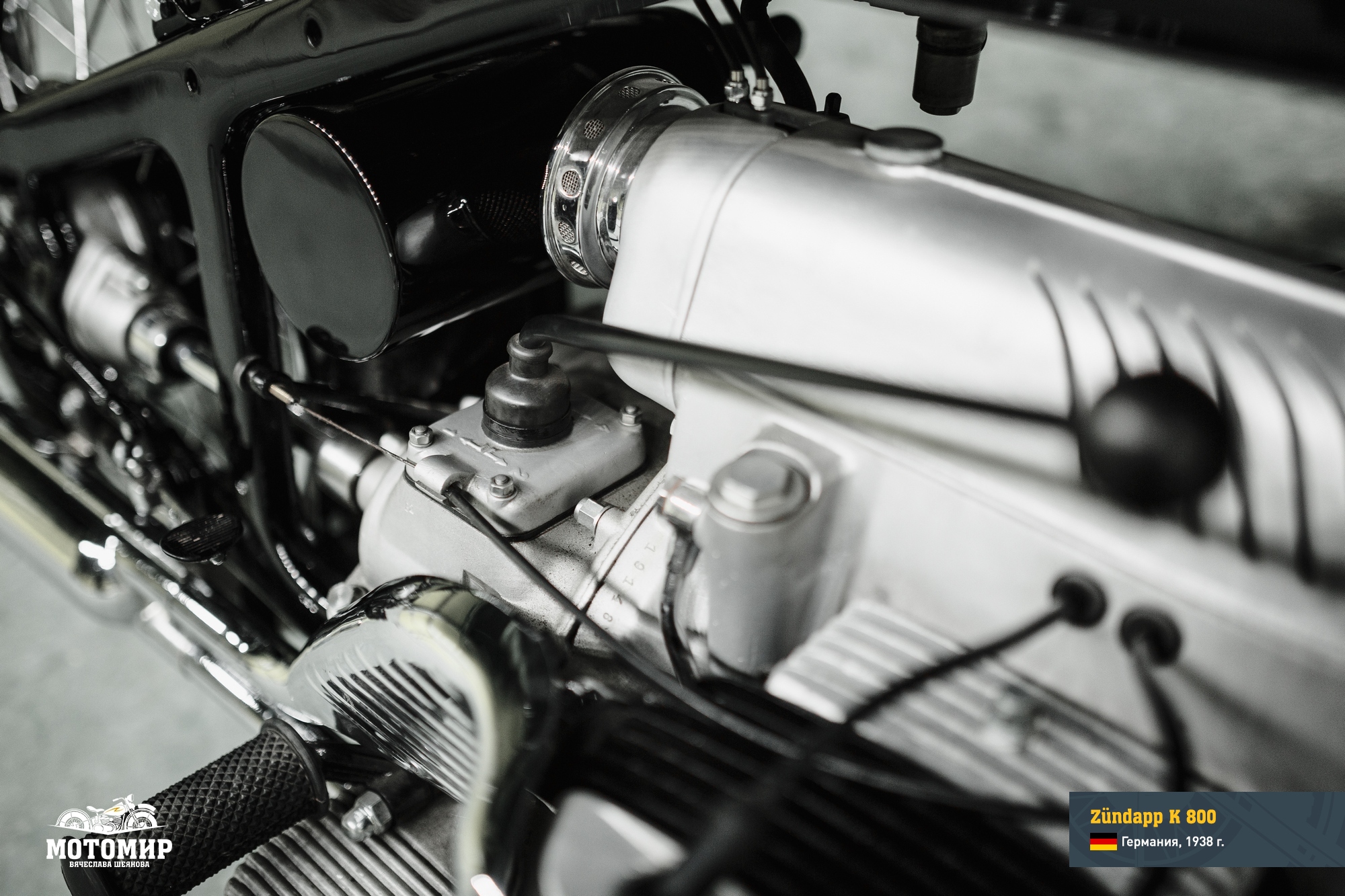 Army version K 800-W was especially favored by soldiers, but this model had the following flaw: the spark plugs got often fouled due to the undercooling of rear cylinders. Wehrmacht had in its inventory around 550 K 800 units. The Zündapp K 800 was and still is the only four-cylinder motorcycle used by the German army.