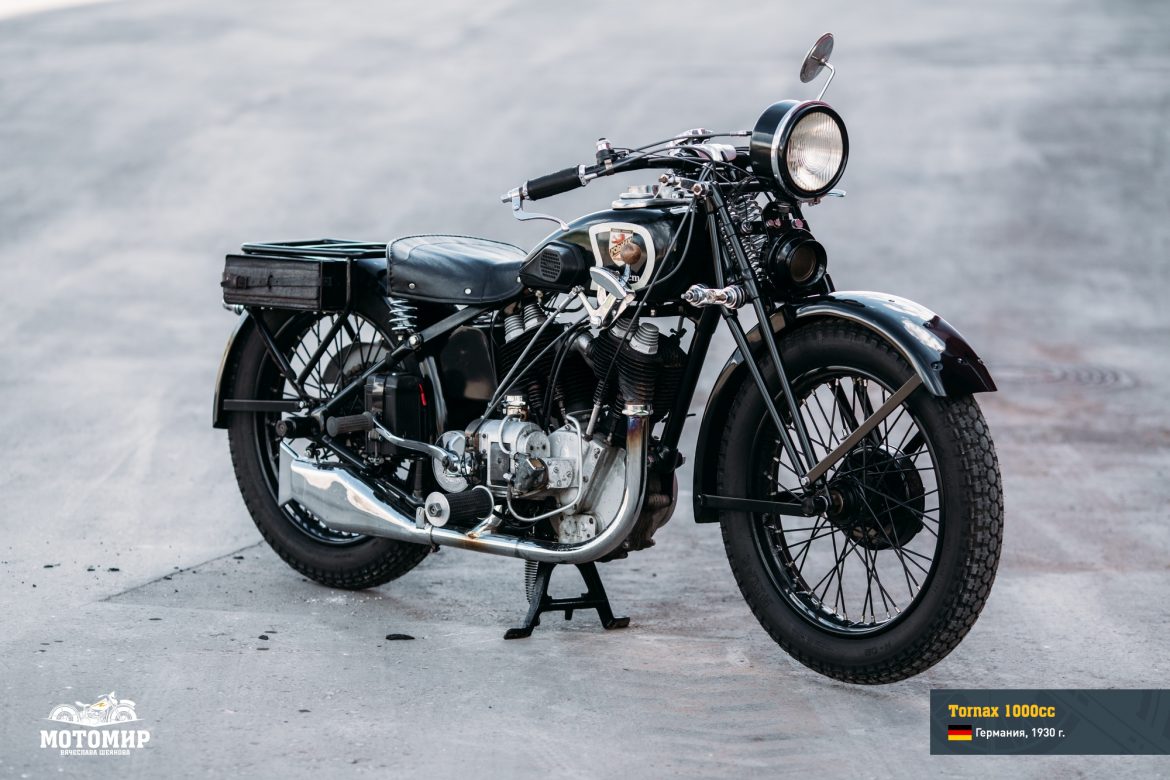 In 1926, Ernst Wewer, a motorcycle racer and a jeweler by family tradition, at last turn into reality his long-held plans: he started to make motorcycles. Engineer, Otto Karpe, whom he invited to be a chief designer, has created a reliable suspension system. Later it was decided that motors and transmissions would be purchased elsewhere. Their best choice was JAP engine, and for seven straight years Tornax motorcycles were equipped with a full range of British engines: OHV and L-head, single- and twin-cylinder, with engine capacity from 246 cc to 996 cc. In 1933, due to the Hitler government ban on using foreign components, the company got a homeland partner—The Columbus.

In 1928, Otto Karpe introduced the saddle-shaped fuel tank with the dashboard which, depending on the model, could hold the speedometer, the fuel gauge, and even the timepiece. 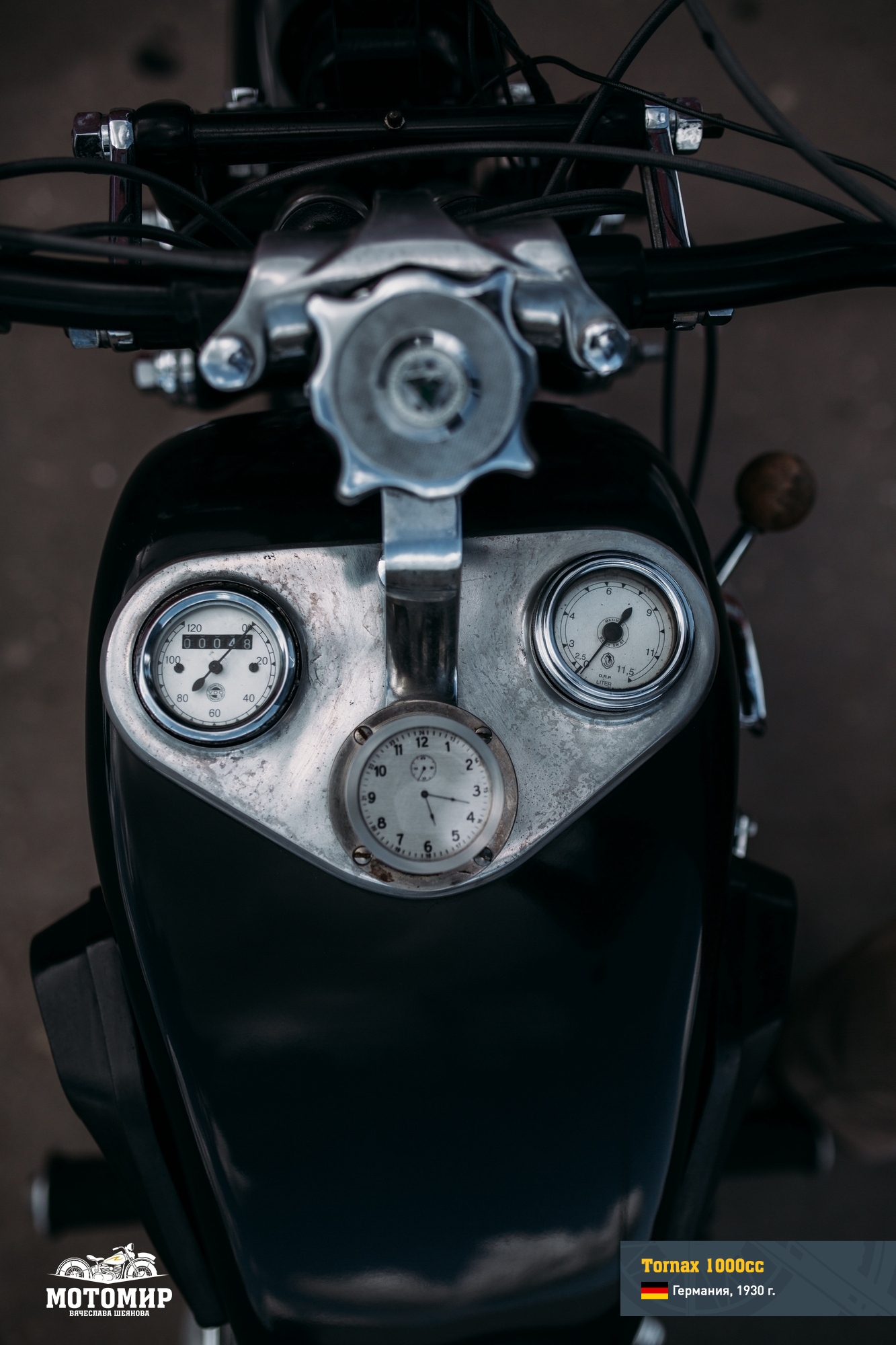 The first twin-cylinder Tornax motorcycle was III/30 model, produced in 1930. It had an L-head, 996-cc, 26 hp engine. The manufacturer claimed that it could achieve a maximum speed of 130 km/h which made the motorcycle one of the fastest in the world. At special order, the so-called 100-mile JAP engine was installed (analogous to Brough Superior SS 100) engine), and it could achieve a guaranteed speed of 160 km/h. 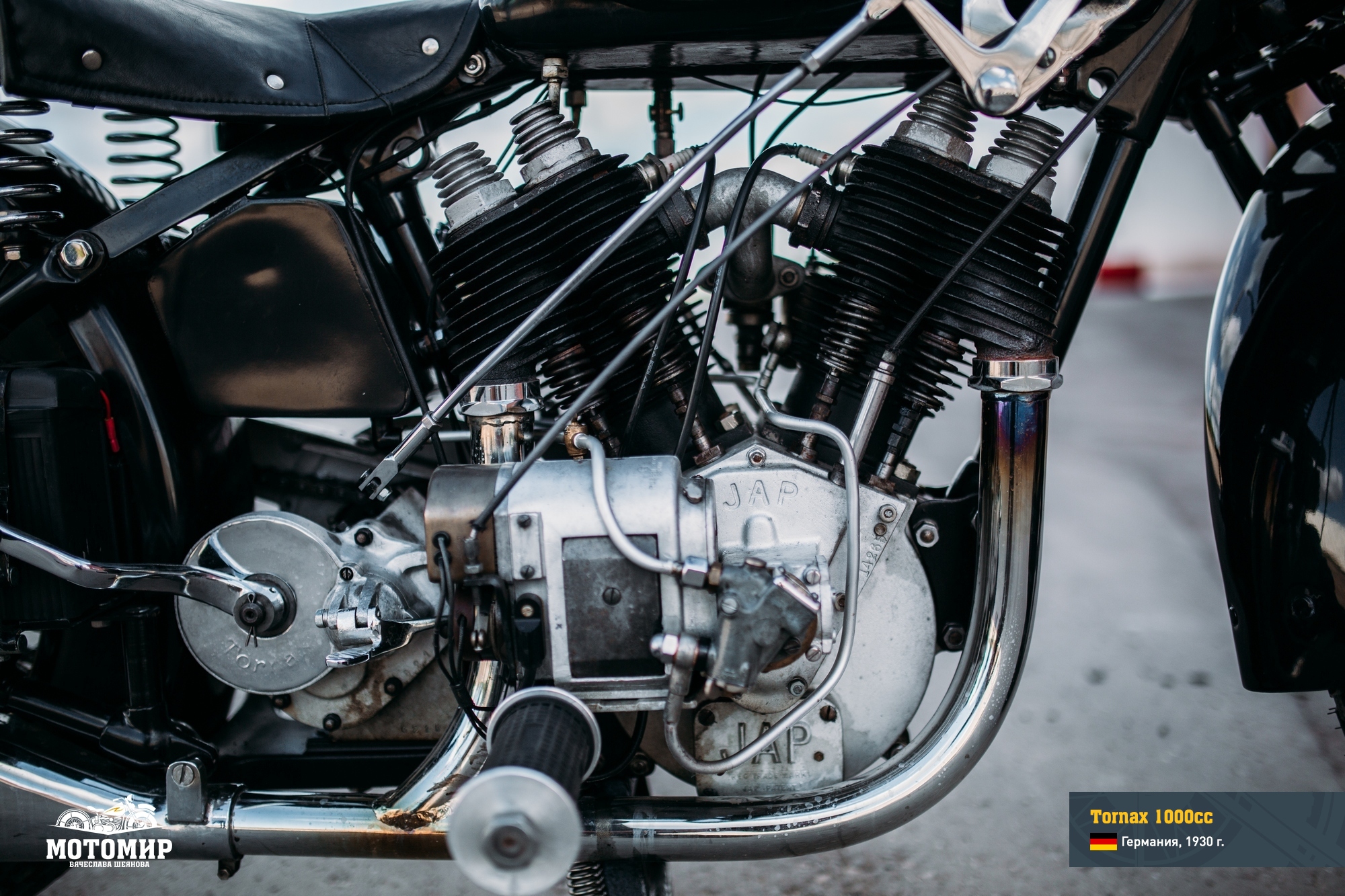 Tornax motorcycles had an excellent reputation which was undoubtedly supported by the well-known quality of British JAP engines. In the early 1930s, however, the sales were declining, so by 1939, the company started producing only motorcycles with engines of smaller capacity. In 1941, the Tornax production site was completely destroyed during the bomb attack.