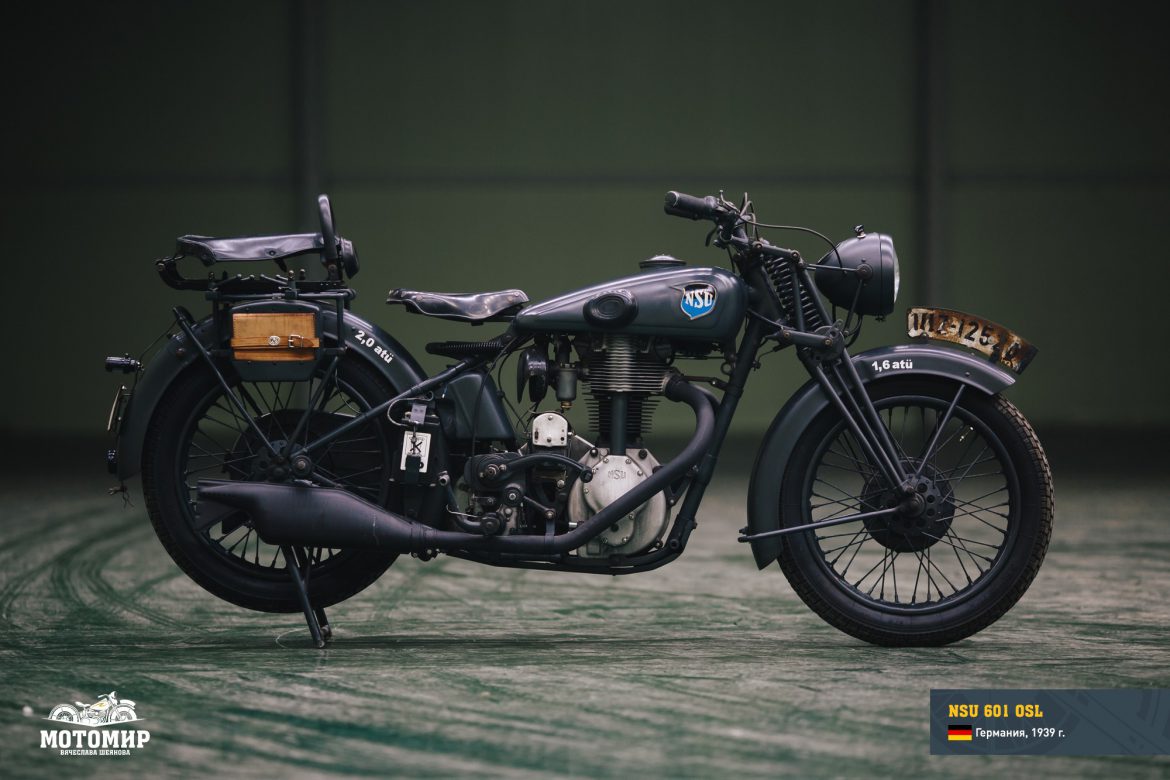 
In the early 1930s, the NSU company was actively developing a design of an engine with an innovative valve train: the OHV or overhead valve configuration, was a true novelty at the time. This work was headed by Walter Moore, an engineer from England, who had been previously working for Norton. The necessity of improving own engine was a result of a serious competition with BMW and DKW, which were installing twin-cylinder engines on their machines. The NSU motorcycles, using mostly single-cylinder engines, were losing the competition in terms of engine rating.

Finally, in 1938, the 601 OSL model was produced, it had the OHV, 562-cc engine with 20 hp at 3,800 rpm. The “OSL” abbreviation meant “overhead, racing, luxury.” The look of the motorcycle with an aluminum cylinder and chrome-plated tailpipes was magnificent indeed.

Later the 601 OSL model was adopted by Wehrmacht. The military version of this model had a second seat, large pouches, and an exhaust system painted black. In the army the motorcycle was used as transportation mean for couriers and orderlies, taking into account its maximum speed of 100 km/h.