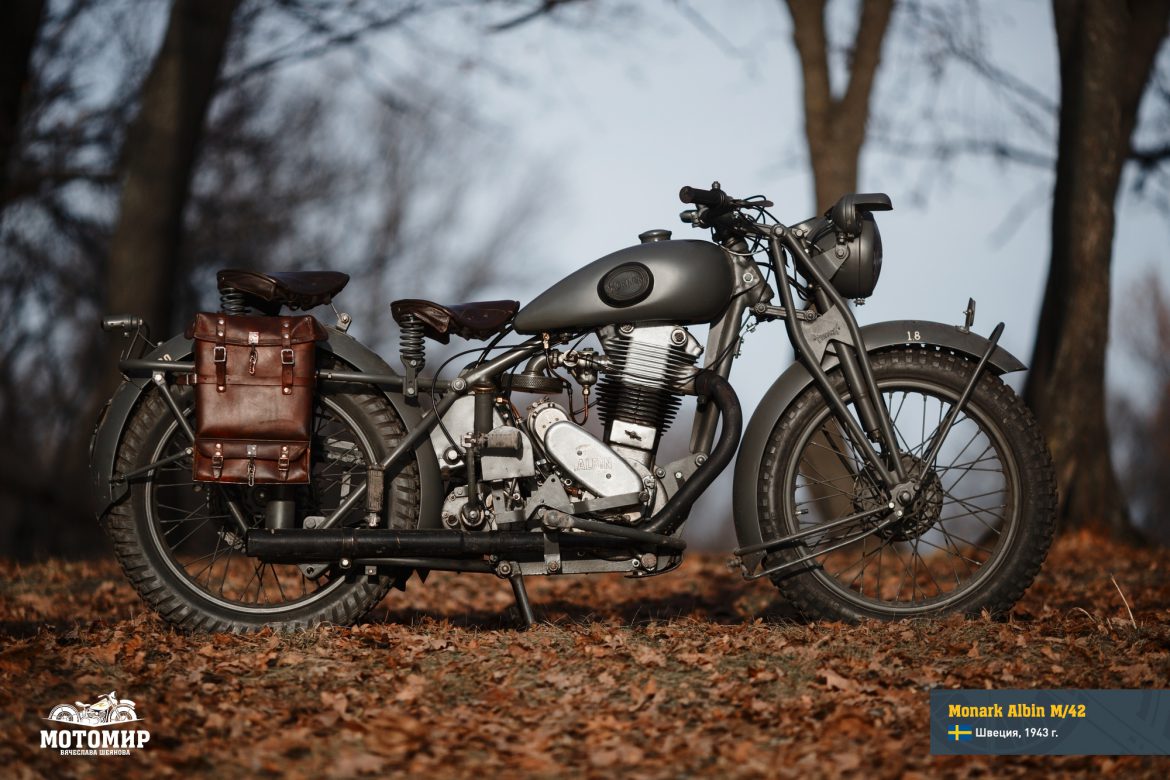 
Even though Sweden was a neutral country during WWII, it could not overlook Germany’s militarization, so it made every effort to raise its own defense capacity in order to withstand an enemy’s possible attack. In 1935 the Swedish government approached the Husqvarna company requesting it to develop a military all-terrain motorcycle—it got the name 112TV. In 1942 the production of M/42, a conceptually analogous motorcycle, was restarted at the factory owned by Monark company. Monark manufactured the frame for M/42, and Albin made the engine and the transmission. The motorcycle had a hybrid frame, partially tubular, and partially stamped steel. The front suspension was of parallelogram type, with coil springs, and the rear suspension was of the plunger-type. The motorcycle got a single-cylinder, 495-cc engine. The transmission gearbox had 3 speeds, with foot pedal control. The drive was effected by the open chain. Motorcycles had two fuel tanks so that the smaller tank was intended for high-octane fuel in order to facilitate the cold start of the engine. Besides the OHV version, this motorcycle was produced with an L-head engine that could develop 15 h.p. (as opposed to 20 h.p. for the OHV version). The second important difference was that the L-head model had a rigid rear suspension.