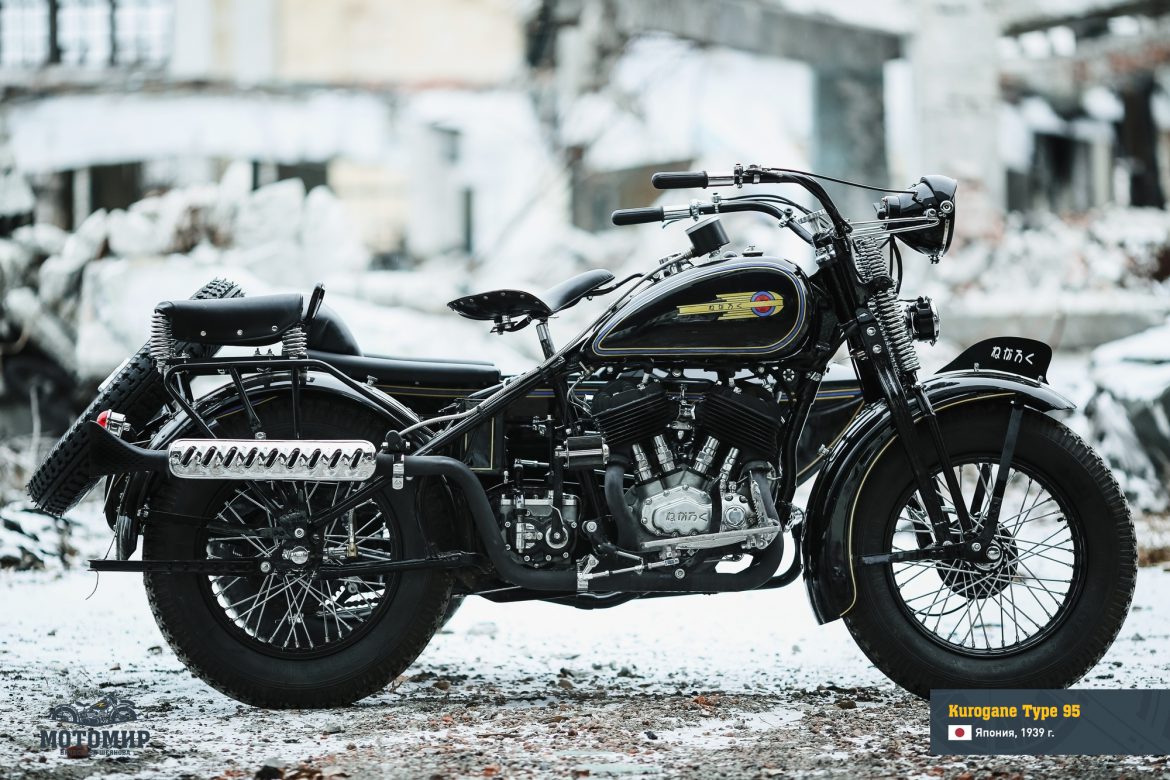 Nihon Nai-Enki started the manufacturing of 1260 cc Kurogane motorcycles in 1937 on request of the Japan Army. The Kurogane’s “elder brother” was Rikuo Type 97, which was extremely popular among the military. A not well-informed person could easily confuse a 1260 cc Kurogane with Rikuo. But that’s no wonder because Kurogane is virtually a follow-up revision of Rikuo.

Kurogane got his “two-storey bike” nickname for a good reason. With a 20 cm ground clearance it was one and a half times bigger than Rikuo! Riding such a big machine in solo was a real challenge, so all the motorcycles have had sidecars. Due to sophisticated and executive exterior Kurogane motorcycles were mainly used for the conveyance of officers (follow a link to see) the military model).

The Nihon Nai-Enki Plant had been located at Hiroshima and was totally ruined by a nuclear attack in 1945. Nothing much was known about 1260 cc Kurogane for a long time. For example, an on-staff historian at Harley-Davidson Martin Rosenblaum had considered that the Kurogane type 95 was just a myth.

At one time Kurogane appeared on American TV: it has been spotted in the “I Love Lucy” series (popular series in 1951-1957). Unfortunately, no additional information about this motorcycle has been found.

The motorcycle displayed at the “Motorworld by V.Sheaynov” collection had been produced in Japan in 1939 and was intended for the Japanese elite. After the 2WW it was lost. Most probably, it had been shipped to the USA by a Yankee soldier and was found in California only in 1960. Next time it was found only after 30 years by Steve Rainbolt, a collector from San Diego who restored it.

On 11th October 1997, Kurogane got the “Contest judges’ choice” prize at the international bike show in Del Mar, California. This fact is curious because the bike wasn’t a riding one – Rainbolt restored only the exterior and painted the body into colors of his preferences. Rainbolt said that he had painted the bike into American military khaki at first but then realized that he didn’t like the color scheme and decided to repaint the machine. For sure, such a flippant attitude is unacceptable for a serious collector, but Rainbolt was an amateur and we respect him as a good repairman.

Despite an inauthentic color scheme, it should be noted that the Kurogane Type 95 is the rarest bike on Earth! 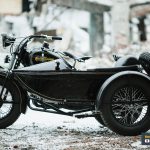 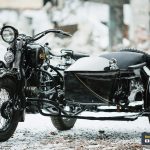 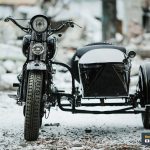 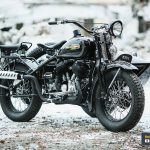 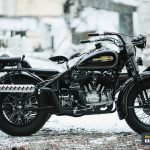 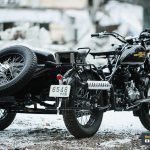 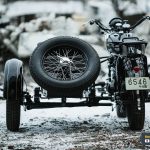 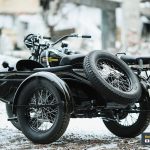 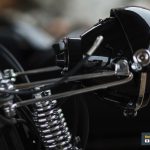 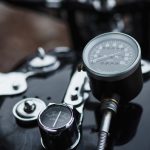 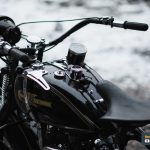 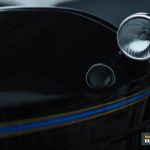 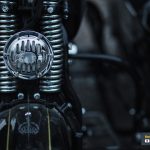 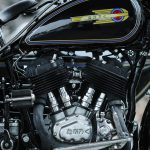 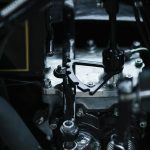 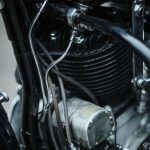 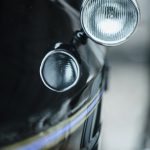 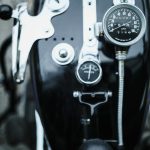 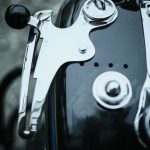 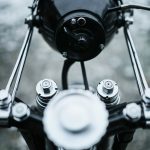 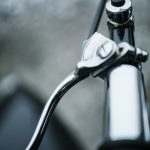 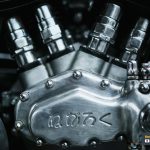 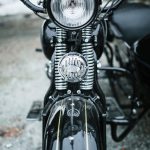 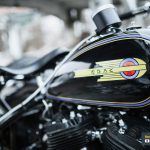 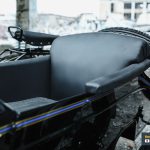 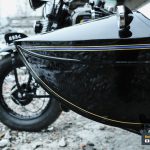 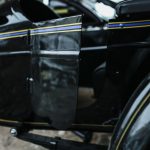 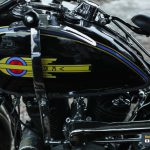 Photos of the military Kurogane Type 95, which is also disaplayed at the motorcycle museum “Motorworld by V.Sheyanov”.