Launched in 1937, the Harley-Davidson U Series, which replaced the V Series, consisted of six models. Among the three motorcycles with an engine capacity of 1,213 cc, the U was the base model, the US was supplied with a sidecar, and the UL model had a high-level of engine compression. Three motorcycles with 1,113 cc engine capacity — UH, USH and ULH — had the same characteristics respectively. 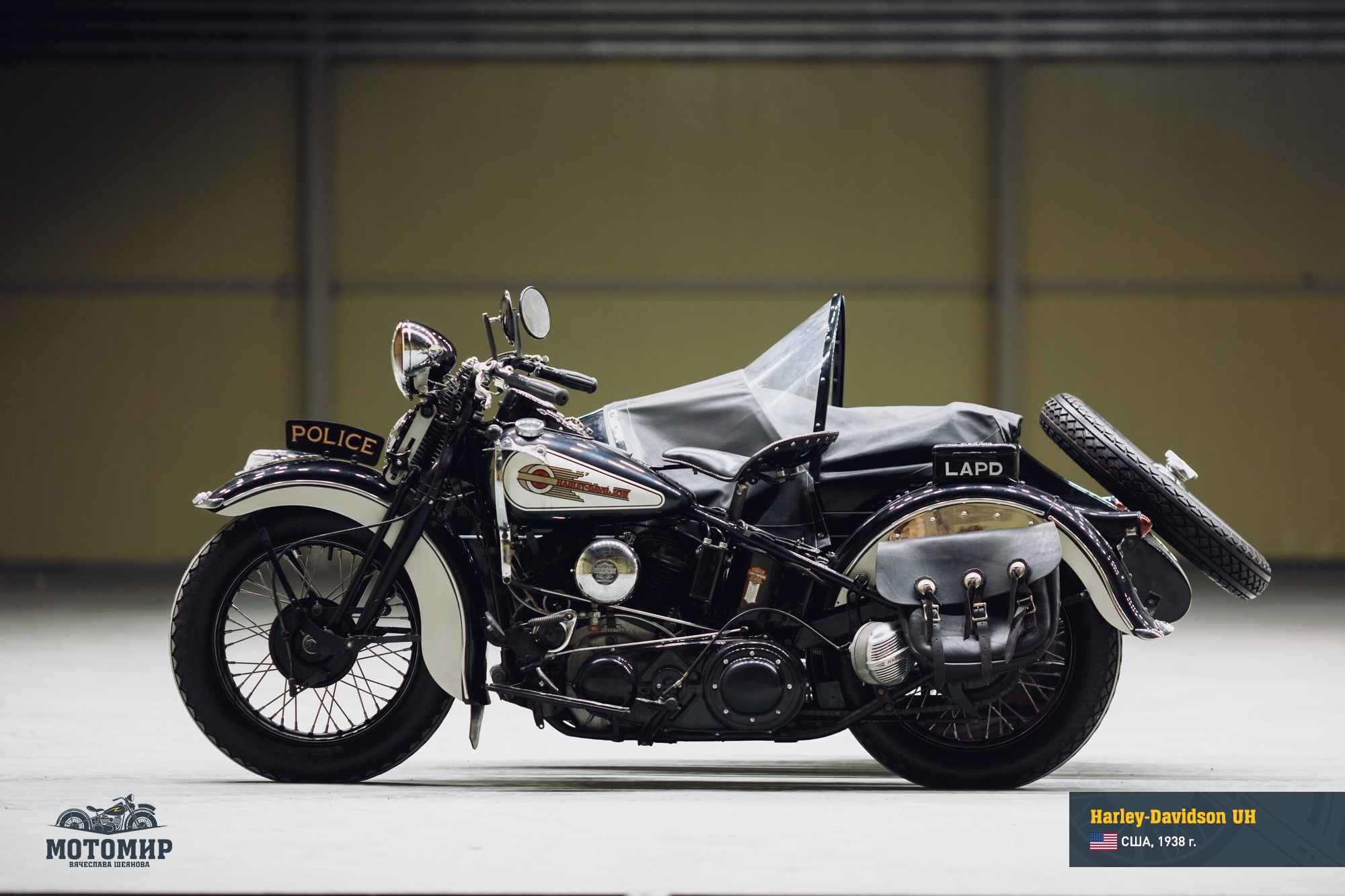 All models of the series were equipped with V-shape engines with valves at the angle of 45 degrees, magneto ignition systems, and dry-sump lubrication systems. The gear change was done manually by a lever attached to the gas tank. The gearbox had 3 speeds, the transmission to the rear wheel was by chain. The front suspension was parallelogram with frictional damper, while the rear suspension was unsprung.

Harley-Davidson U displayed in “Motorworld by V.Sheyanov” museum is a civilian version, which in 1945 was available only in a “safeguarding gray” color. The motorcycle features are in a complete lack of chrome and Harley-Davidson nameplates, mandatory for civilian models.

The carburetor and a black-painted frame confirm the motorcycle’s civilian origin. In addition to our conclusions, we received confirmation of the well-known in narrow circles Harley-Davidson motorcycle specialist David Sarafan. Judging by the engine number (there was no frame number in 1945) the motorcycle was released in a civilian version.

A number of Harley-Davidson U bikes in civilian versions were purchased by the U.S. Army (mainly military purchased the UL model; also known a single purchase of UH model). In 1939, however, a special army version of the US model was developed, which was produced under the index UA. Changes made to the design of the UA model, which differed from the civilian version, were high-clearance fenders, camouflage lighting, and improved gear. In some cases, civilian-type sidecars were installed.