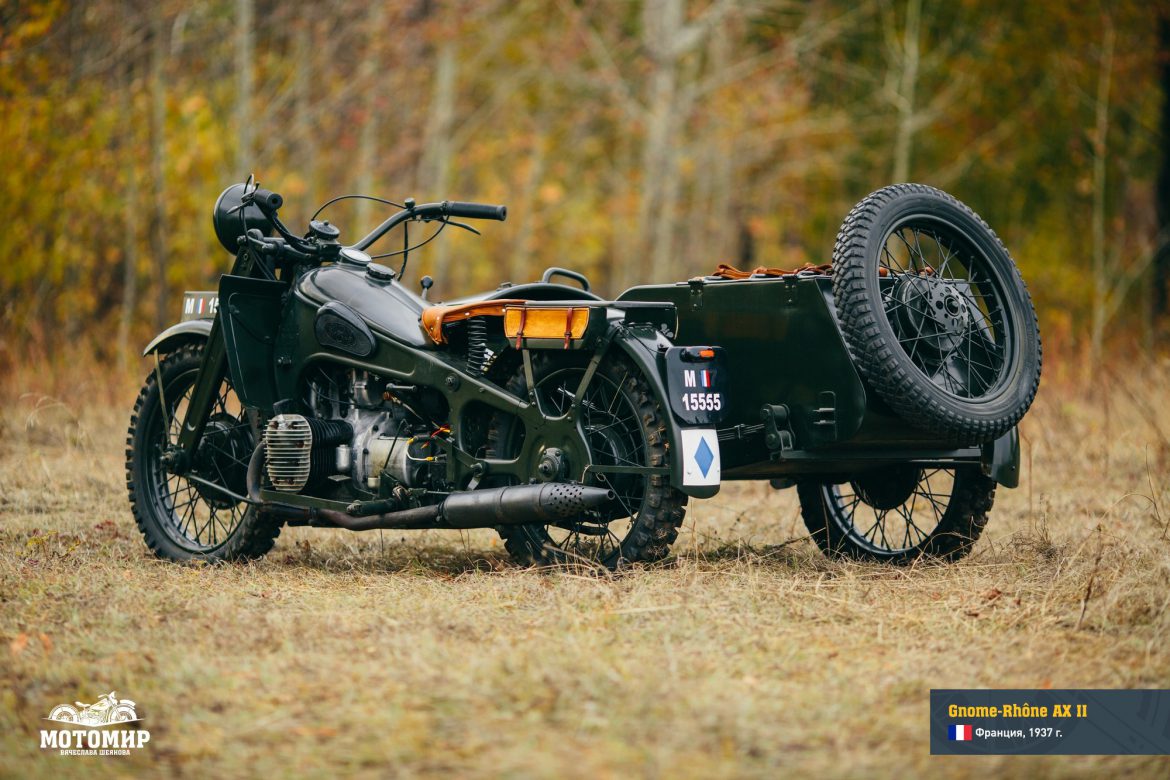 
Before the beginning of World War II, in 1936, the Societe des Moteurs Gnome et Rhône plant produced a military motorcycle, model AX II. It was one of the first mass-produced military motorcycle models with a sidecar wheel drive.

The AX II model was equipped with an 804 cc ohv engine with an output of 18.5 hp at 4,000 rpm and a switchable sidecar wheel drive. This model had a stamped frame, a parallelogram front fork, and a 4-speed gearbox with additional reverse gear (although the first samples were equipped with a 5-speed gearbox with reverse gear). The load capacity of the sidecar was 420 kg. In addition to the standard version, the French army used a large number of special-purpose battle sidecars, e.g., ambulance, chemical defense, and other types of units.

The Gnome-Rhône AX II model was produced in large quantities almost until the end of WWII, and not only by Societe des Moteurs Gnome but also by the motorcycle company Terrot in Dijon. Gnome-Rhône AX II could be found in almost all armies, on both sides of the frontline.