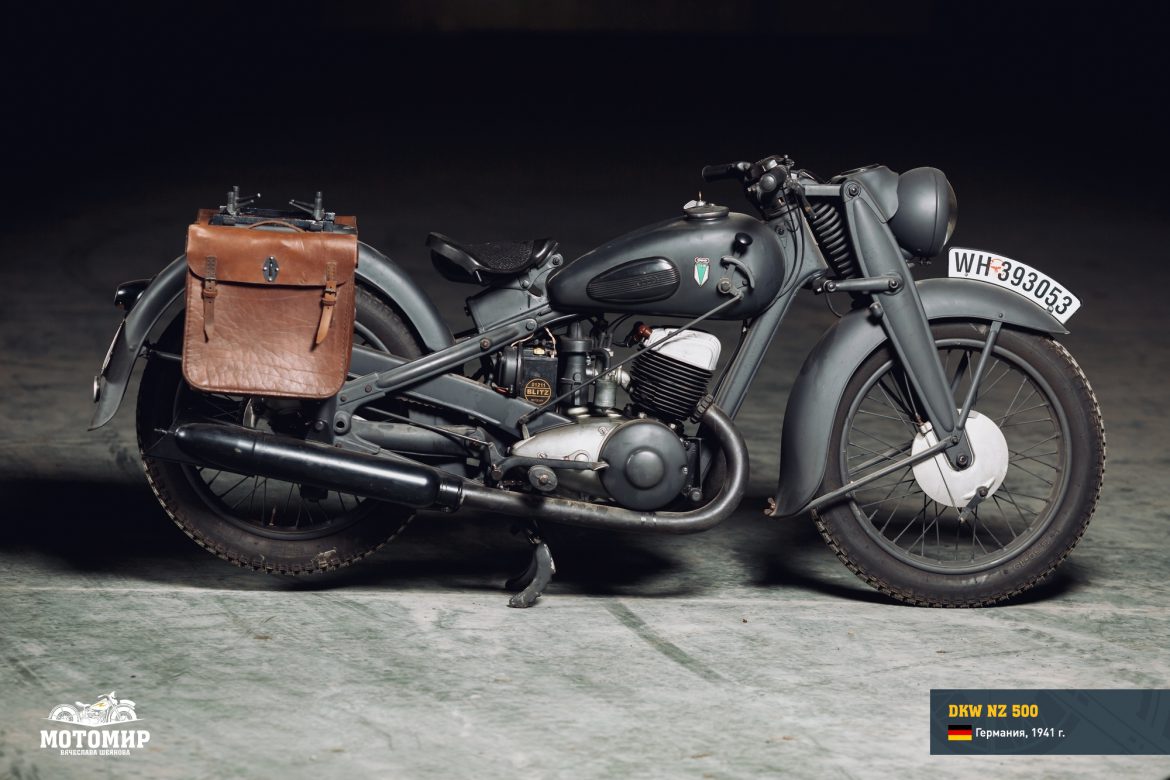 
In the 1930s, the DKW company launched production of NZ series, motorcycles that were dramatically different from the previous models of this German manufacturer. Firstly, the redesigned engine got a chain motor gear hidden under the aluminum crankcase cover. Secondly, it got a 4-speed gearbox, and in addition to the manual, there was a foot shift mechanism. Thirdly, the frame base was now based on a powerful welded front envelope with two rear beams attached to it. Besides, the central switch of electrical equipment was moved on top of the gas tank, which was also increased in volume. The front fork got welded arms similar to the SB 500 model.

The NZ 500 model (489 cc, 18.5 hp at 4,200 rpm) featured not only an upgraded chassis and powertrain but also a spark plug rear suspension, which could be adjusted in rigidity depending on whether the motorcycle was used with a sidecar or in a solo version.

The NZ 500 model was much less common, compared to NZ 250 and NZ 350. Most of the manufactured NZ 500 motorcycles were taken over by the Wehrmacht and were used in sidecar and solo versions in the cavalry, military police, and SS units.