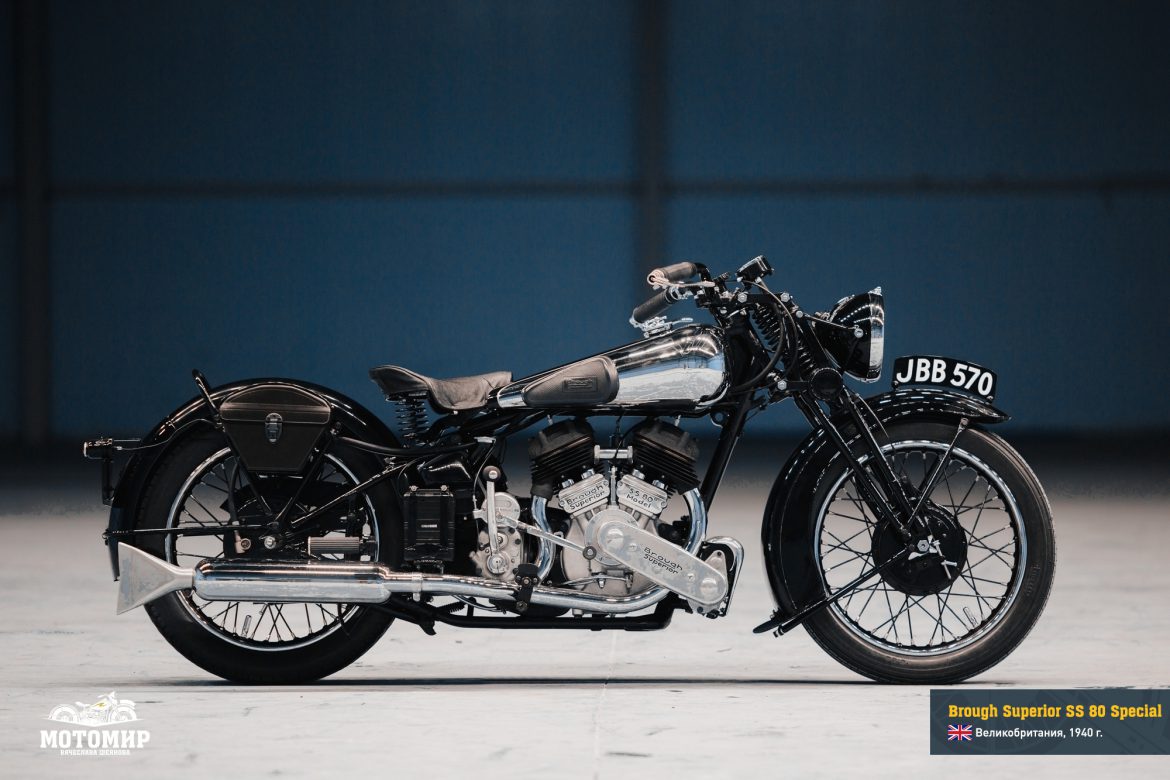 
While the perfect quality and unconventional outside appearance of Brough Superior bikes made people dubbed them the “Rolls-Royce of motorcycles”, their sporting achievements made them rather “racing Bentleys”. Brough Superior SS80 immediately drew attention after George Brough, in 1922, riding the special-purpose Brough Superior motorcycle got round the Brooklands lap with an average speed of 100 mph. This was the speed record for a flathead engine motorcycle. We should say George was scrupulous about every appearance of his motorcycles in public, so his personal standards of preparing the machine were extremely high. Because his motorcycles had been always shining like the sun, witty onlookers who saw a Brough Superior SS80 for the first time immediately named it “Spit and Polish”. 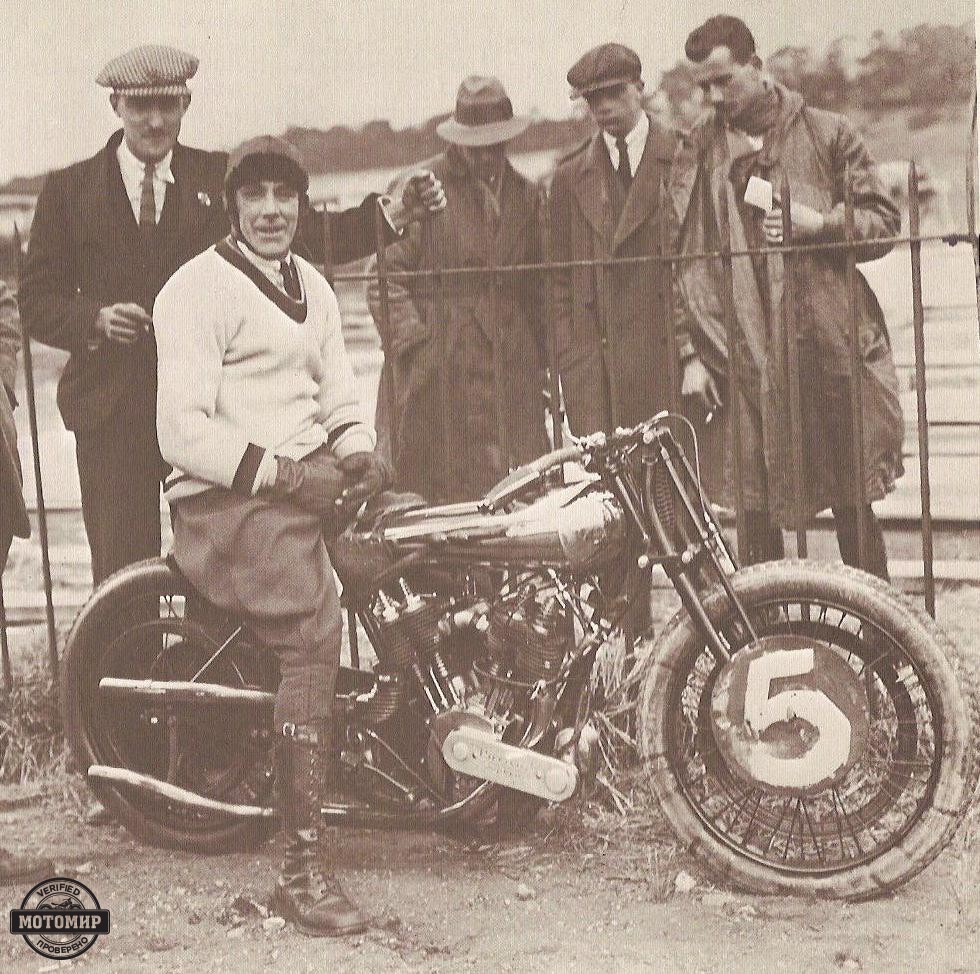 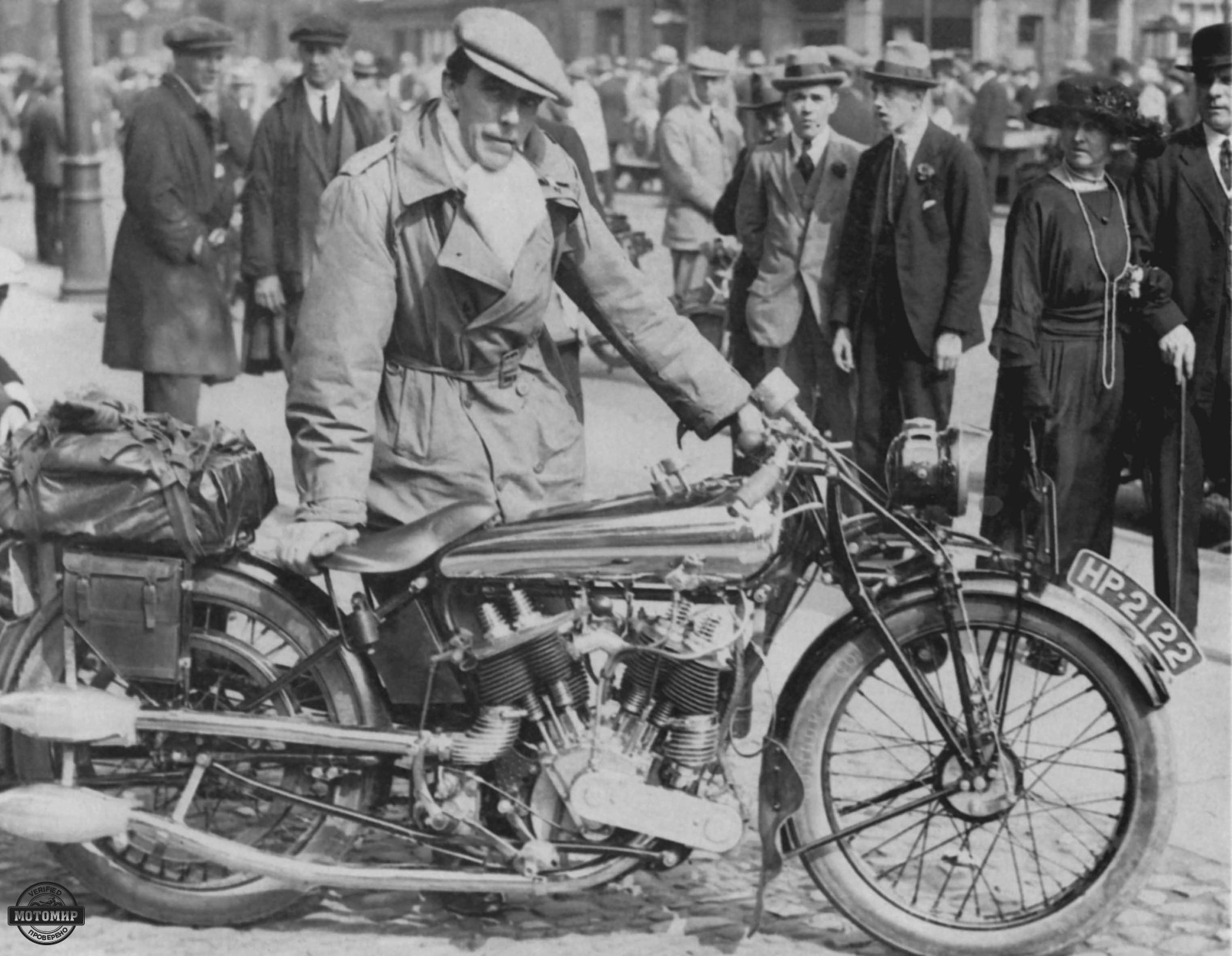 George drew lessons from the performance of the SS80 on a race track and made fine-tuning adjustments accordingly. This resulted in 50 consecutive wins. The success had been going in perfect step with him until October 1922 when the tyre of his motorcycle has blown-out, George flew over the handlebar and rolled a quarter of the race track with an average speed of 100 mph. He was lucky to stay alive with nothing but bruises and abrasions.

In November 1922, Brough Superior SS80 was officially introduced at the British Olympia Motorcycle Show along with famous Mark I and Mark II models. The motorcycle was a real sensation. Of course, Brough’s salesman skills made a contribution to this. His firm was only two years old but George had been accompanying every motorcycle with a certificate ensuring that a mass produced motorcycle can achieve the speed of 80 mph. 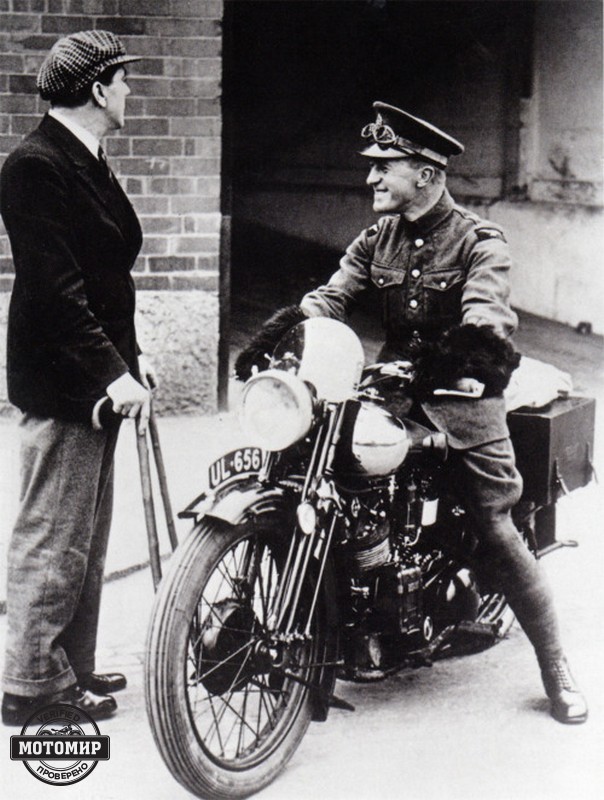 In April 1923, a Brough Superior SS80 with a sidecar was despatched to the Motor Cycle magazine staff for a road test. H.D. Teague, a magazine editor, liked the machine a lot. Teague, in his magazine article, justified the considerable price of the motorcycle because of the high quality assembling, the performance and the average service speed, which was higher than the average speed of cheaper motorcycles and pricier cars. The “Rolls-Royce of motorcycles” phrase was said by H.D. Teague. George Brough extensively used this phrase after the publication of that article.

We should note that comparison between Rolls-Royce and various things was a common advertising trick during 1920s. So, Teague was not that original. It’s interesting that Rolls-Royce, which has fervently been caring about own image and prosecuted some companies that used the Rolls-Royce brand in their advertisements, paid no regard to the Teague’s phrase. Maybe it is because Rolls-Royce representatives admitted that Brough’s machines were good enough to be compared to Rolls-Royce. But the most probable hypothesis is that George Brough always indicated the copyright credit thus indemnifying yourself against any issues. 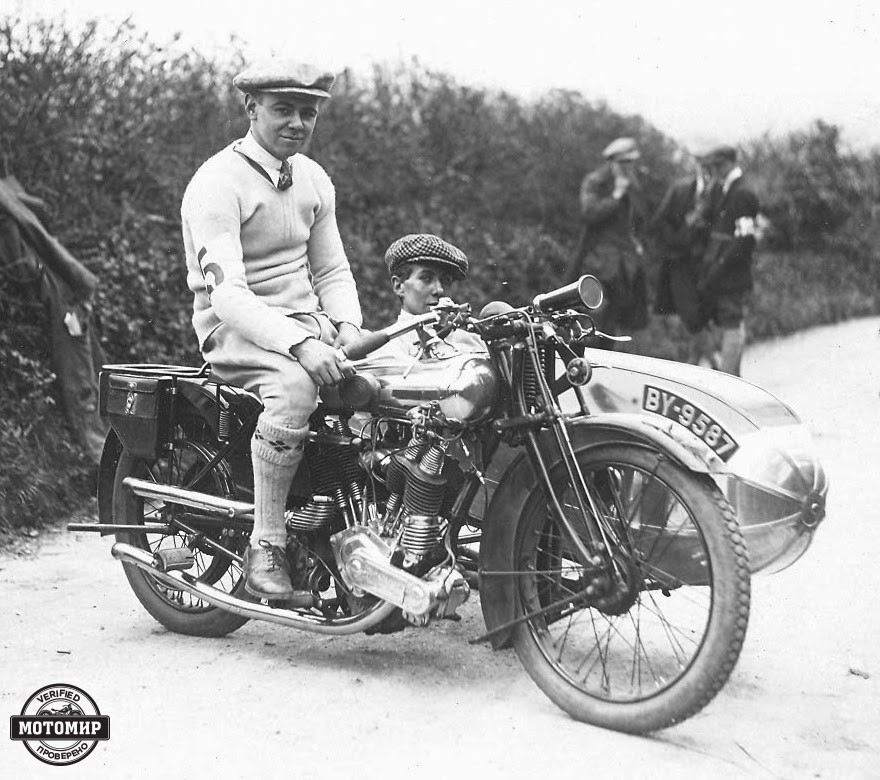 During the postwar years, George used to love telling the story of how a Rolls-Royce representative once visited (of course, without an invitation) the Brough Superior Motorworks in order to inspect the manufacturing process. George gave orders to show that all mechanics should wear white gloves while assembling motorcycles.

The representative left the motorworks fully satisfied and reported to the Rolls-Royce management that the Rolls-Royce brand cannot be compromised. It’s quite an interesting story and Ike Webb, a chief foreman at the Brough Superior Motorworks had never controverted it in deference to George. However, in a private talk he said that didn’t remember any visit and “for sure, we have never been working in white gloves”. 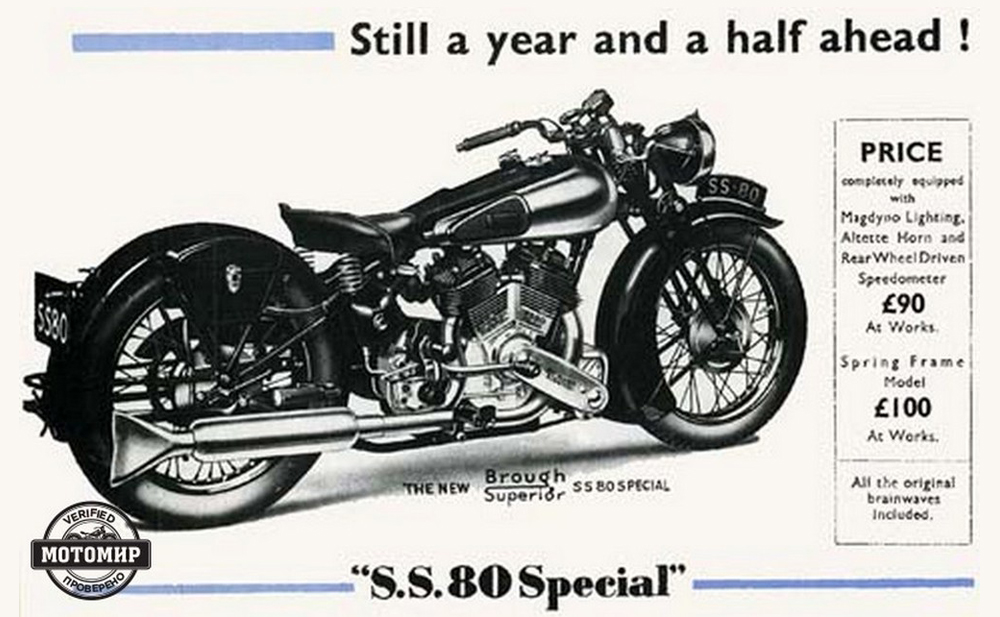 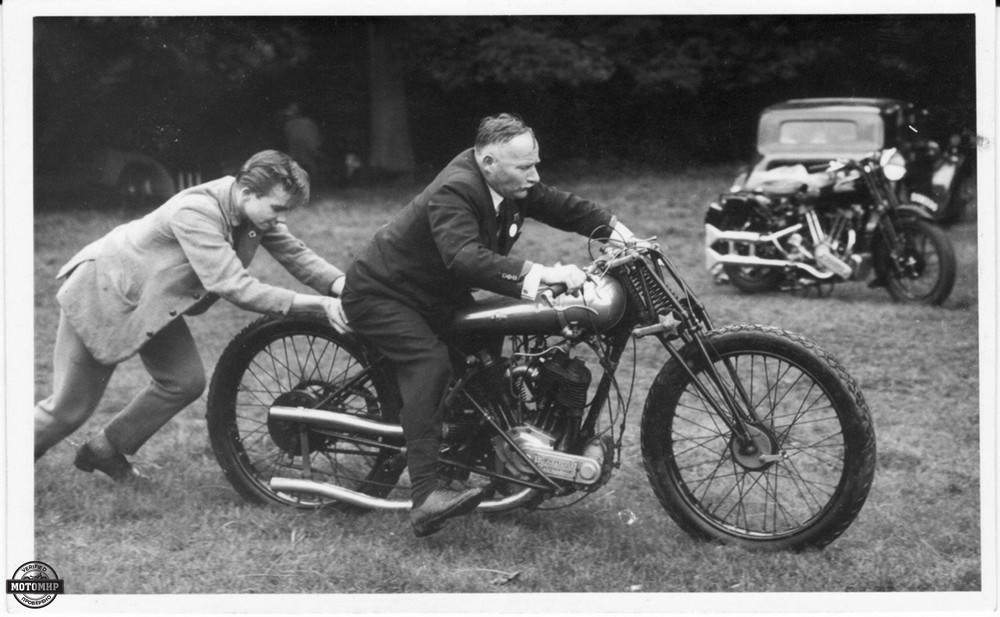 Brough Superior SS80 became the top-selling and most popular model. An image created by George, numerous wins at contests, high quality assembling and personality of his motorcycles made them the most desirable machines in the whole Great Britain. 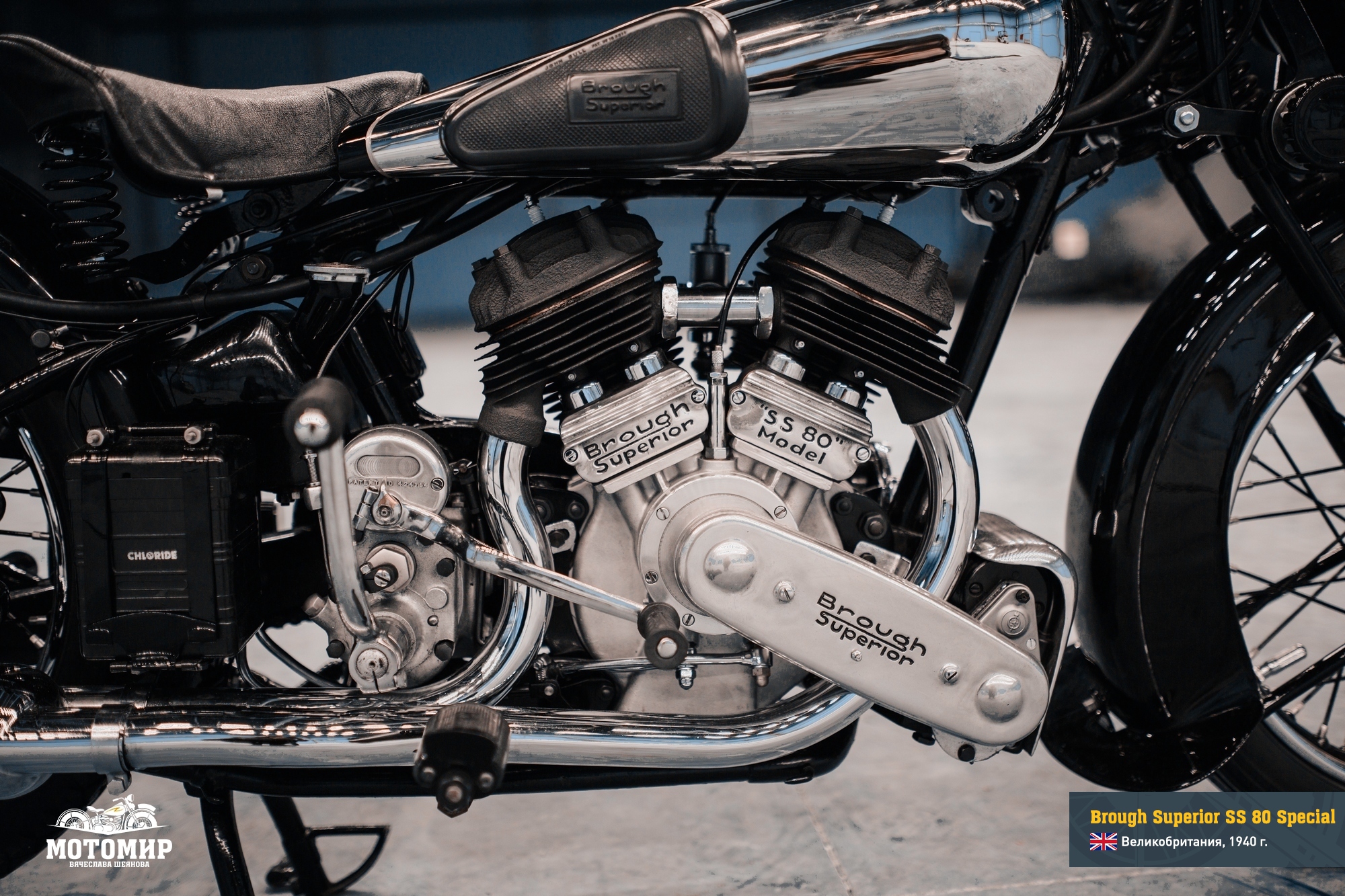 Brough Superior SS80 Special from the «Motorworld by V.Sheynov» collection. The motorcycle has an L-head engine manufactured by Matchless. Similar engine was installed on another exhibit of the collection – A.J.S. 35/2

By the early 1930s, the main engine vendor on the Britain’s market was JAP. Flathead engine JAP had been also used in Brough Superior SS80. George Brough was a perfectionist who always chose only the best parts & components for his motorcycles. To the dismay of George, the quality of JAP engines has steadily declined because of the almost lack of competitors; additionally, the great number of orders worsened the service level.

George had always been keeping a wary eye on the market and analyzed the experience of his associates and competitors. Morgan company, which has been also using only JAP engines for tricycles, switched to Matchless Model X engines. George had to choose another engine brand for his motorcycles and choice fell on Matchless. 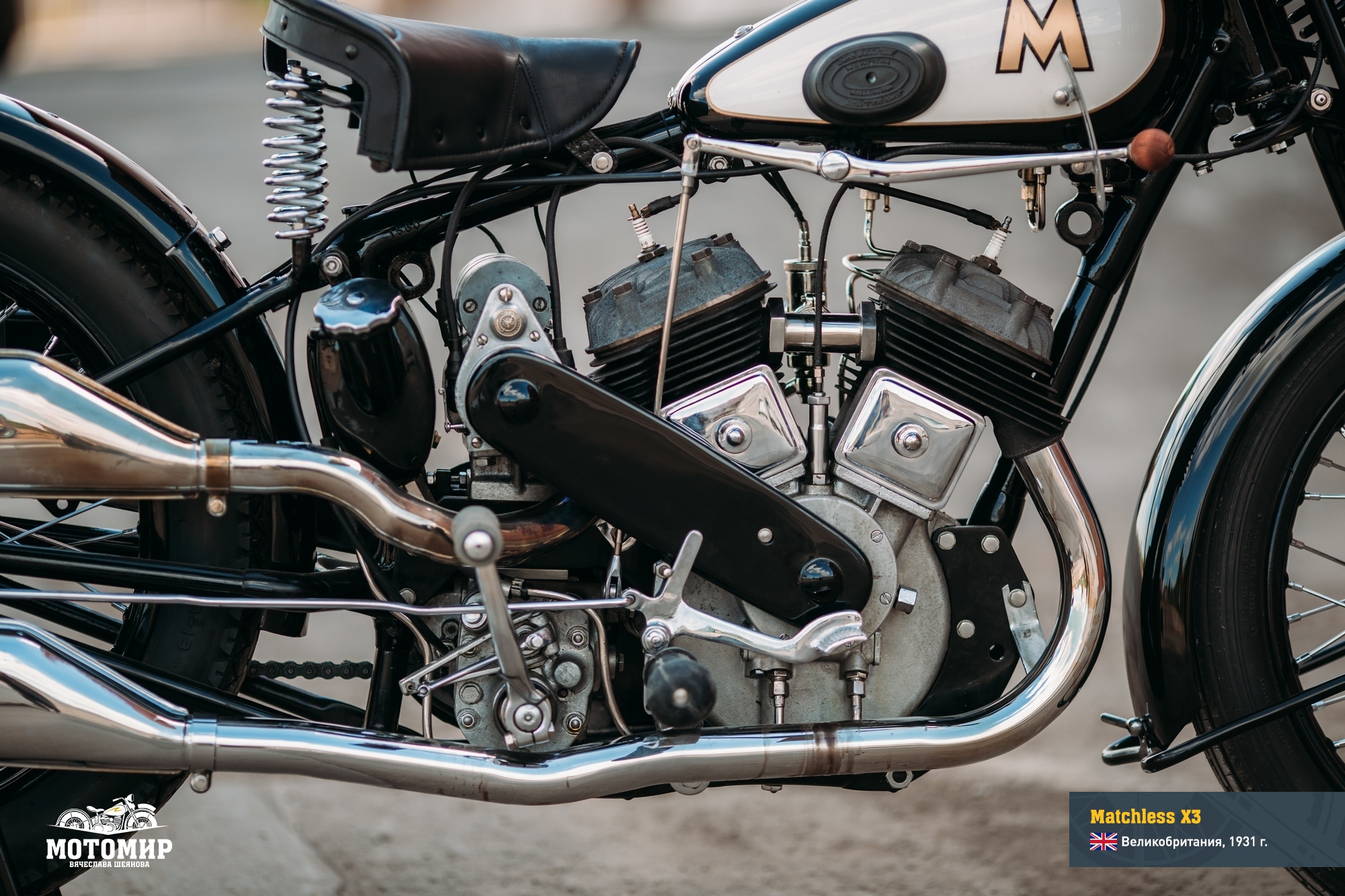 Matchless X/3 from the «Motorworld by V.Sheynov» collection 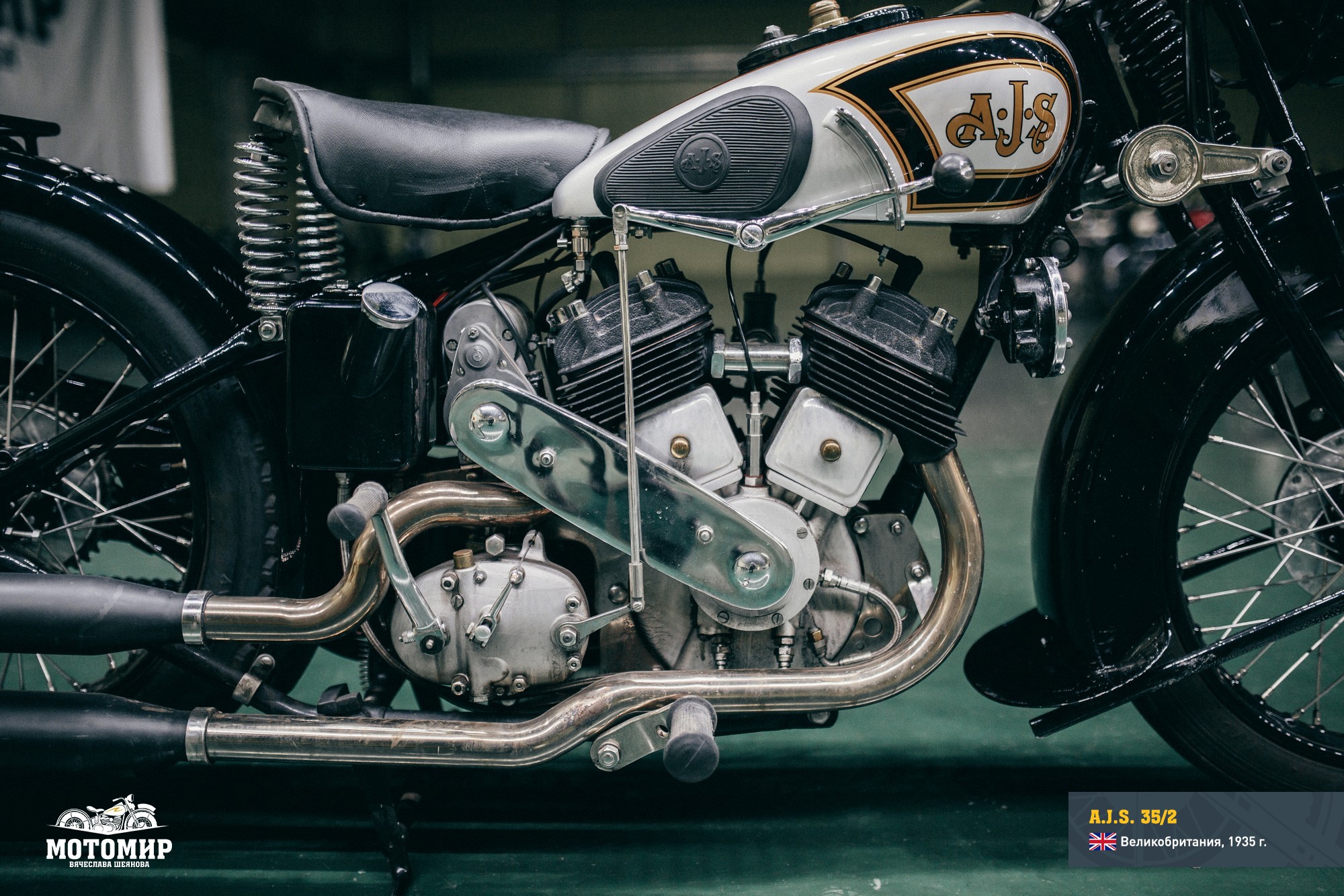 A.J.S. 35/2 from the «Motorworld by V.Sheynov» collection

In 1935, a new version of the SS80 equipped with a Matchless engine was made available to the public. The SS80 with a new engine was released in two versions: a standard one was identified with the “Special” prefix, and another with the “De Luxe” one. The latter was equipped with a spring rear suspension. The price was lowered from 180 to 90 pounds sterling (for a Special model). George Brough even made excuses for such a low price and denoted that, despite of low prices, the quality of motorcycles remained the same. 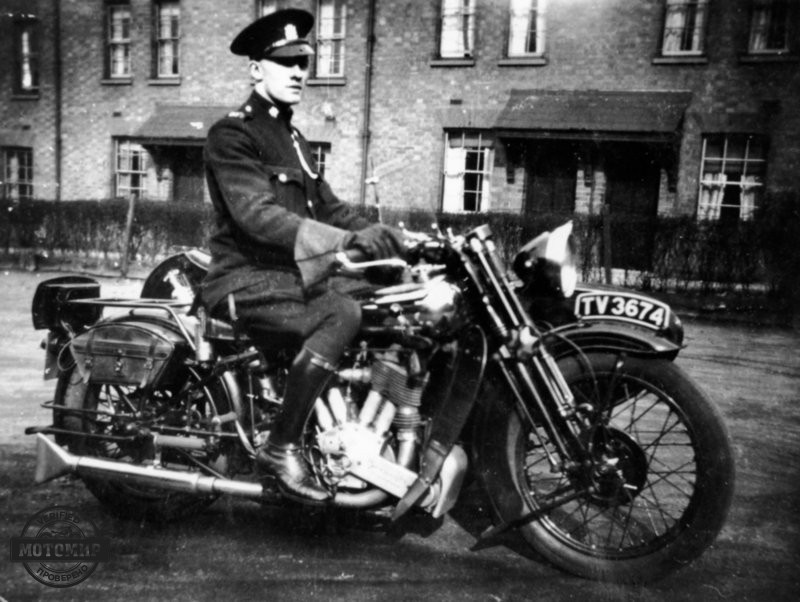 Brough Superior SS80 motorcycles had been manufactured at the motorworks in Nottingham for another 5 years. The last and only motorcycle manufactured in 1940, which is hosted by the Motoworld of Vyacheslav Sheyanov, was delivered to its first owner, Ken Tully, on April 10th 1940. Later on the Brough Superior Motorworks moved on to military orders and started manufacturing aircraft parts that required high-accuracy machining.

The second owner was a certain Bill Warne, the third was Anthony Hawkins. The next owner, Christopher Popple, bought the machine in 1988. In 1994, the motorcycle was fully restored by Mr. Popple. In the same year, this Brough Superior SS80 SpeciaI earned the title of “The best flathead SS80” at the annual rally sponsored by the Brough Superior Club. 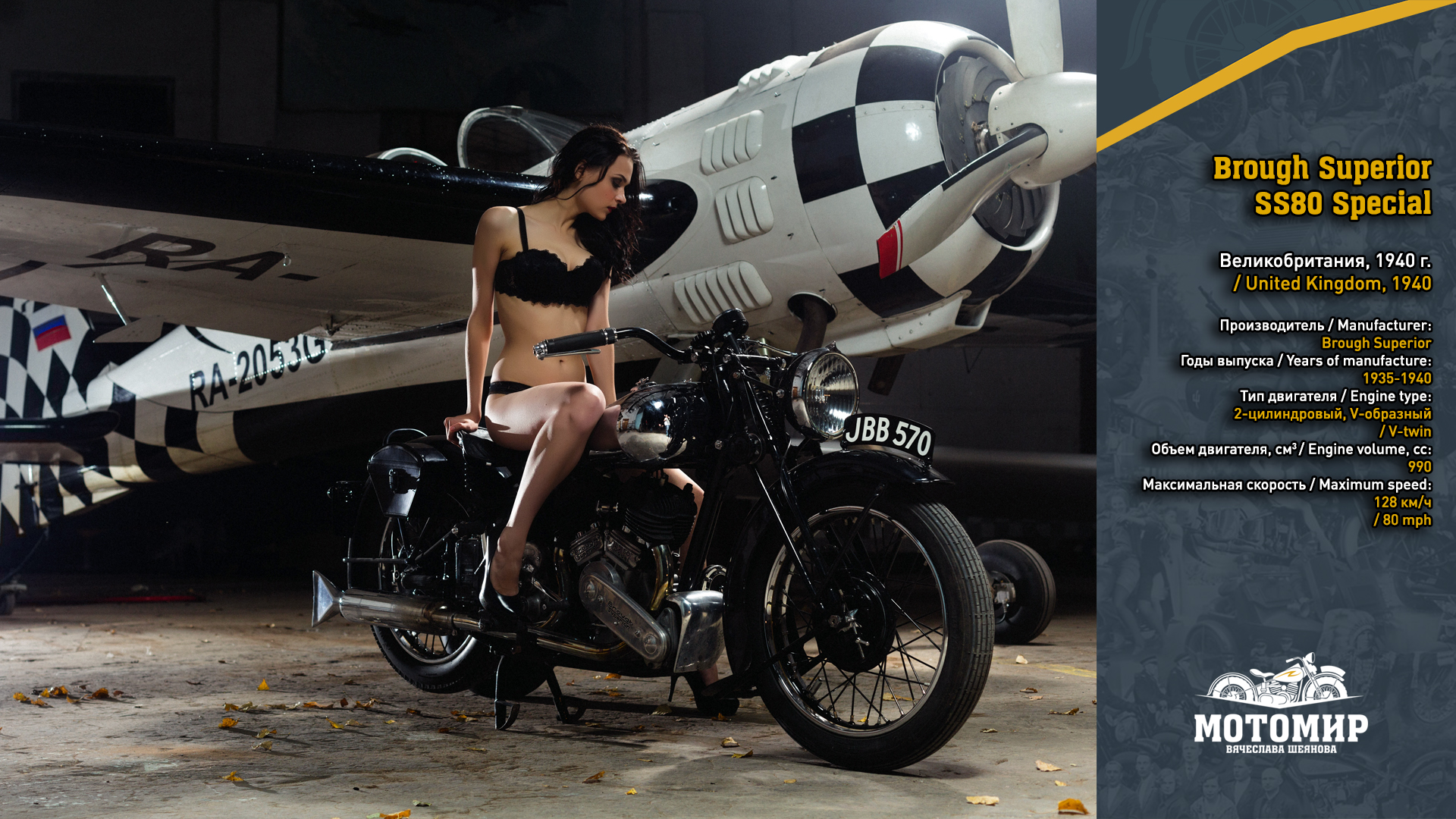 At the present day, the motorcycle is in a good condition and fully restored. All identification numbers of the engine, frame, petrol tank, oil tank, and the gear unit matches the records from the logbook. The dissimilarity from the original are the colours of the chrome plated actuating levers and connecting pieces of the front fork. As for the rest of it, this motorcycle is a true example of the most famous British vehicles of 1920s and 1930s.

The Book of the JAP Engine (eng.)