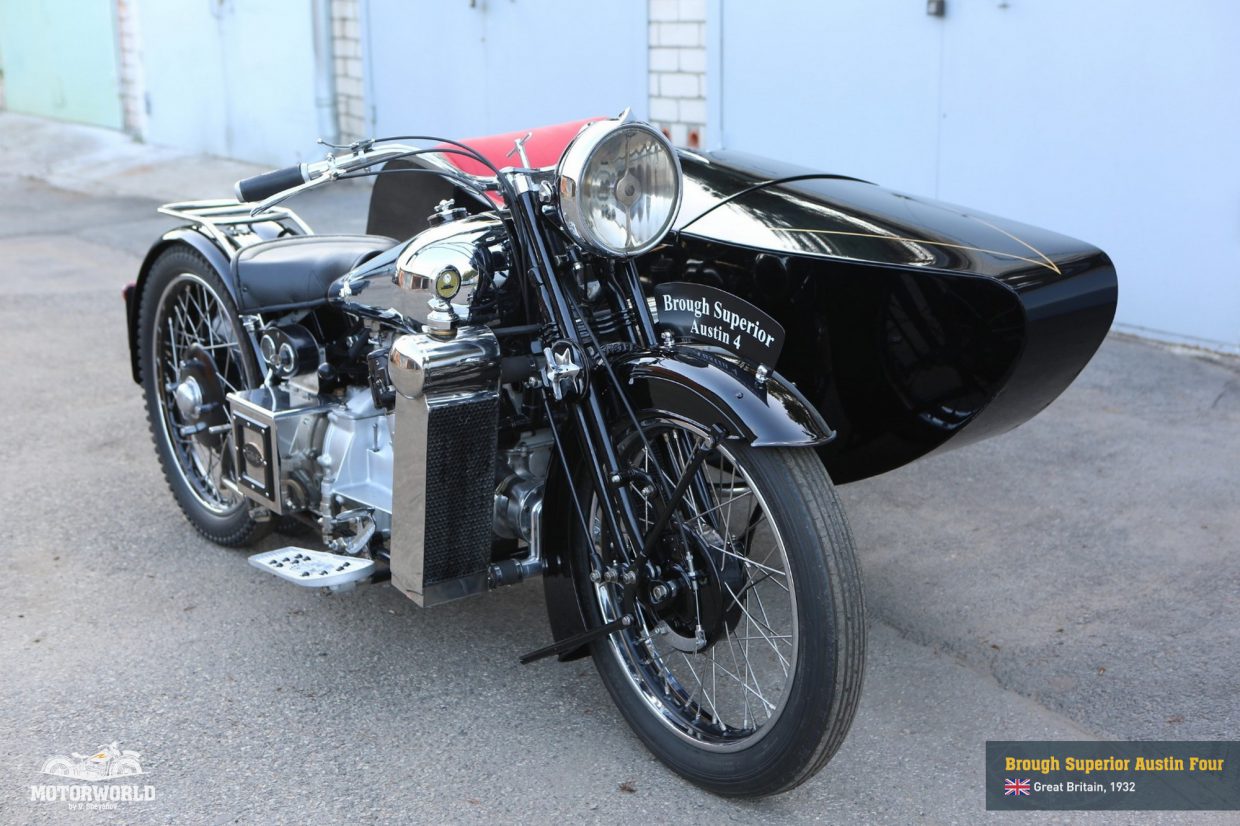 The Brough Superior Austin Four is a motorcycle so rare that very few have ever actually seen one in the flesh. There’s quite a bit of disagreement over how many of the original 10 vehicles have survived to the modern day, and this was made even more confusing by the fact that some lucky scavenger recently stumbled across one in a barn nestled in a quiet Cornish village.

The Brough Superior-Austin Four created a sensation when revealed at the 1931 Olympia Motorcycle Show. It was listed in the 1932 Brough Superior catalog as the ‘Straight Four’ but it was commonly known as the Brough Superior Austin Four, or BS4, or ‘3-wheeled Brough’. The machine has a unique design, being powered by a modified Austin 7 automobile engine and gearbox unit, from which a driveshaft emerges on the center-line of the motor. Rather than design a new gearbox, George Brough had the inspiration to keep the central driveshaft, and use a pair of close-couple rear wheels driven by a central final drive box. 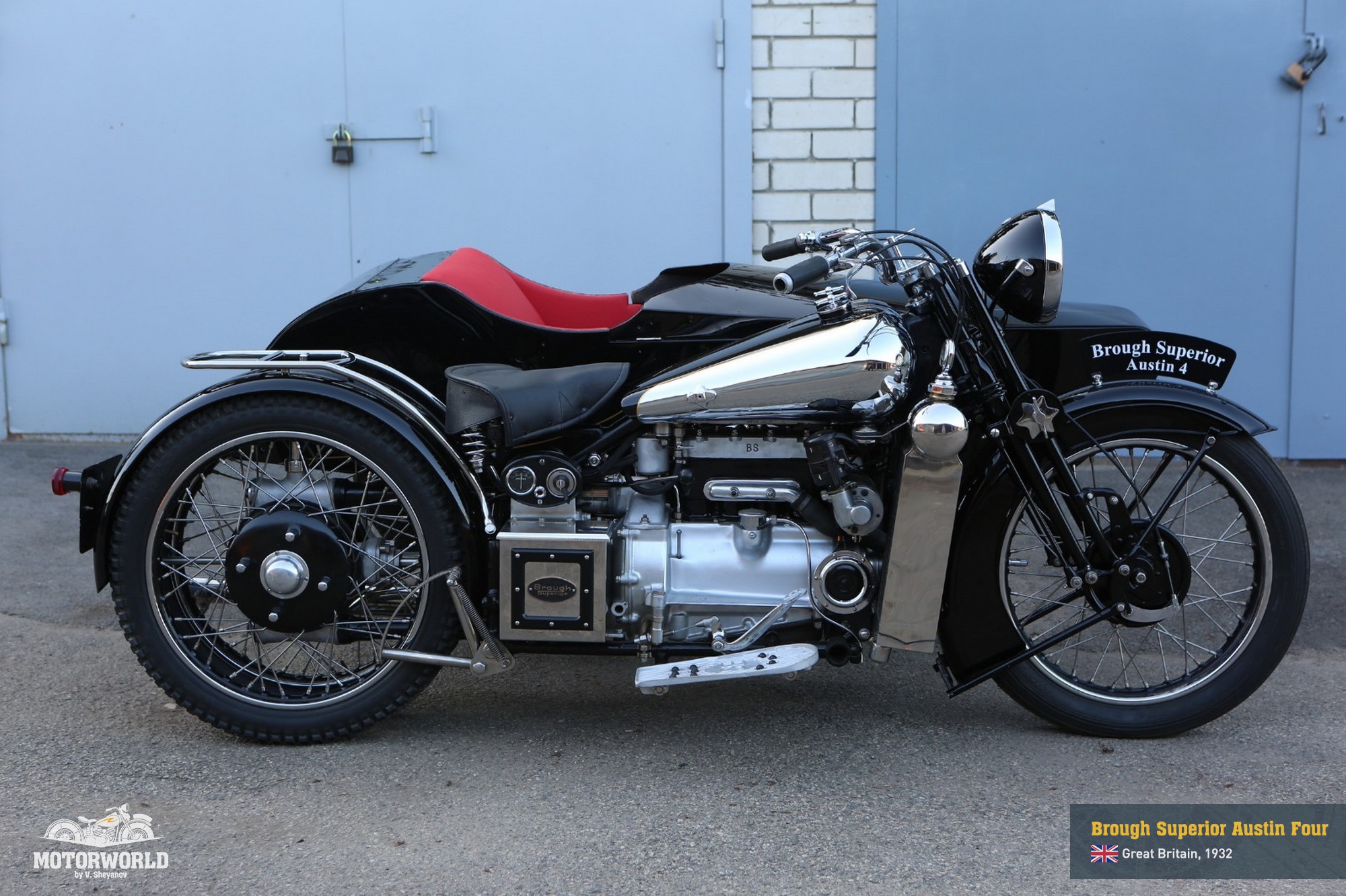 The story behind the creation of the Brough Superior Austin Four is one of need meeting opportunity, George Brough wanted an inline-4 and it would have been prohibitively expensive to develop one in-house. So he approached Austin and stuck up a deal to use their popular if slightly anaemic 747cc engine, along with its original transmission. 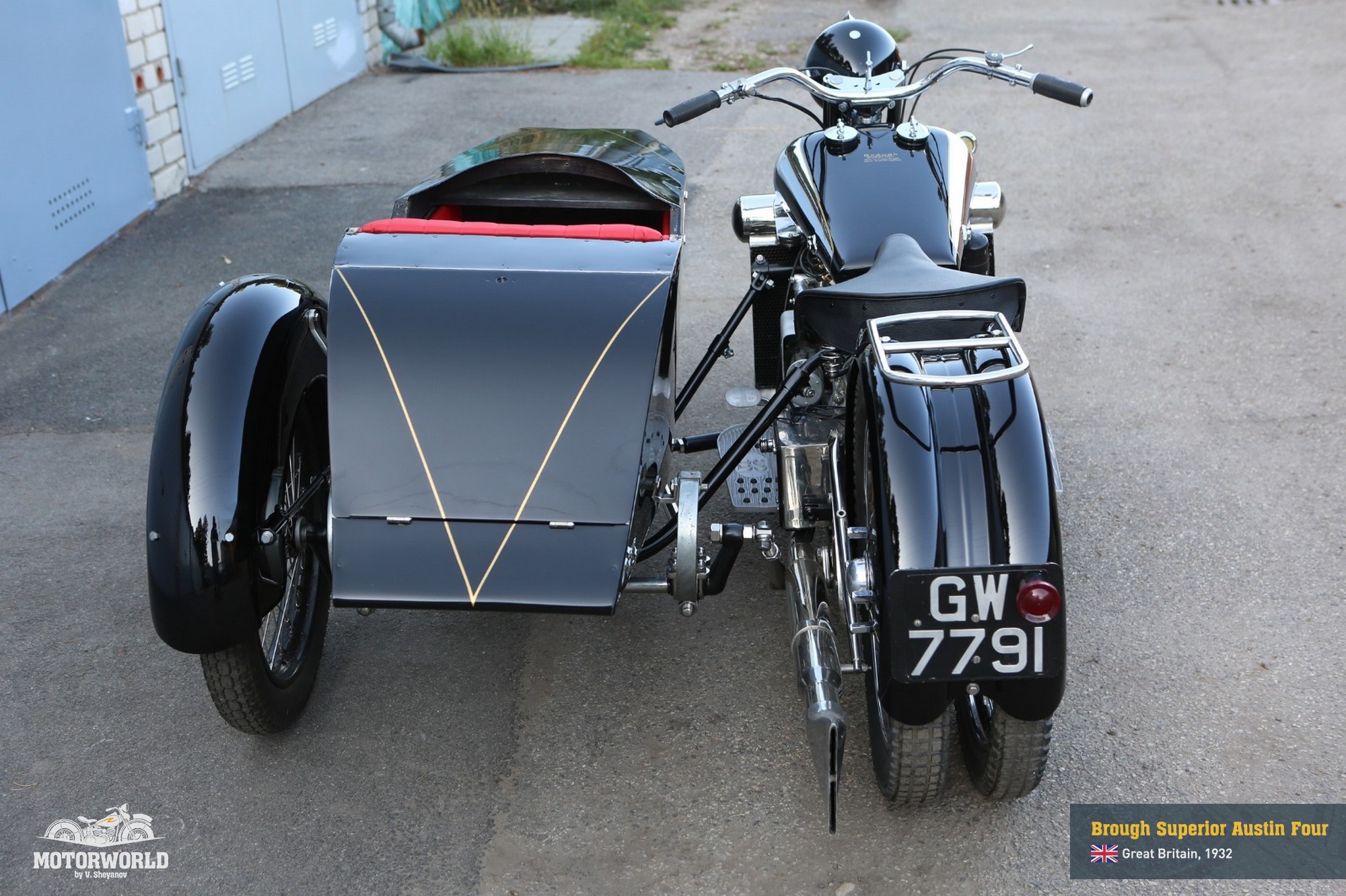 George bored the engine out to 797cc and had a new alloy head developed with larger valves, he paired this with twin carburetors and rather popularly – twin rear wheels. The Austin Four had been intended as a sidecar motorcycle, but a few were built in solo version.

George Brough claimed a significant increase in Austin’s power output, but as The Motor Cycle magazine stated, this was ‘a luxury motorcycle intended for use with a sidecar, not a sports machine’. Power output was actually quite low, and the performance was inhibited by the use of standard Austin rear-axle ratios. The brisk acceleration with a heavy sidecar fitted would, however, more than compensate for lack of top speed.

On sale from March 1932, the Brough Superior Four had been in development for 18 months and brought much needed publicity to the Brough works as the Depression struck the motorcycle industry worldwide. Despite the attention, however, only ten units were actually built. Initially designed for use with a sidecar, the Austin engine was from a well-proven Austin 7 design, which was a side-valve with a low-pressure oiling system. George Brough chose to use also the standard Austin 7 three-speed gearbox, complete with reverse, driving a prop shaft to a crown wheel and pinion mounted in a specially cast housing. The twin rear wheels would possibly have been expected to make it difficult to handle, but Hubert Chantrey successfully completed the Land’s End Trial on a solo version. Chantry pointed out that it really was a luxury motorcycle, as it had cost George Brough over £1,000 to develop (which equates to over £50,000 today.) The Brough Superior Four was actually sold for £188 – cheaper than the Brough Superior SS100.

Engine cooling was achieved with a pair of purpose-built radiators fixed either side of the front frame downtube. The great success of the Brough Superior-Austin Four was generated by the public introduction and imaginative marketing of such an unusual motorcycle. 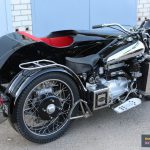 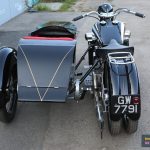 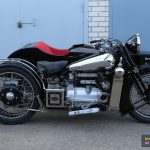 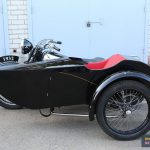 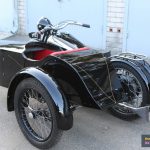 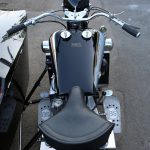 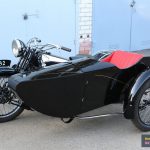 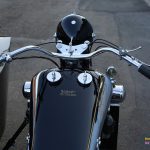 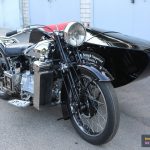