In 1924 the most famous Brough Superior model SS 100 had its debut. The digits in its name meant that it could achieve the speed of 100 miles per hour (160.90 km/h): each motorcycle was provided with a special certificate verifying the fact that this speed was indeed achieved during the motorcycle testing. Right from the start, when Brough Superior started the production of its models, they were nicknamed “the Rolls-Royce of Motorcycles”, and this expression was used as company’s advertising slogan after Rolls-Royce representatives had thoroughly examined the motorcycle and given their permission for that. However, in addition to Rolls-Royce qualities that became famous, mostly due to the beauty and grace of its models, Brough Superior motorcycles showed a very imposing performance. They were capable of achieving speeds far higher than the limited achievement of road motorcycles of that time. 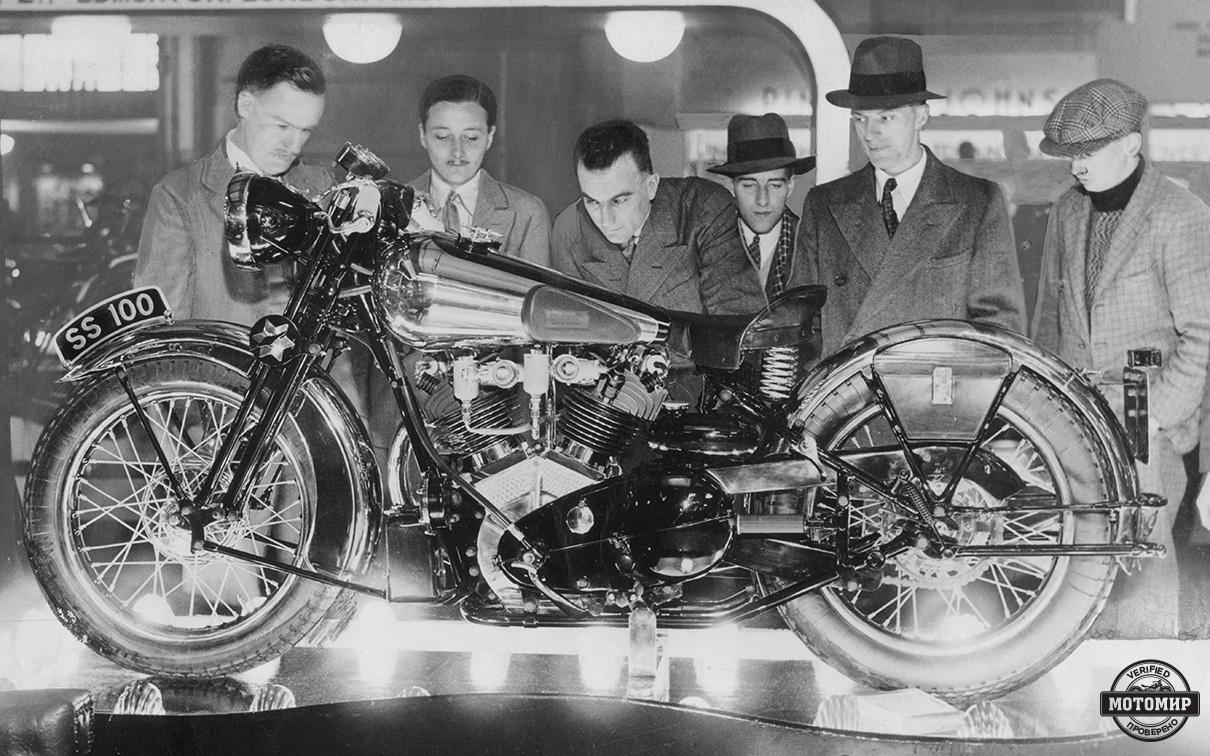 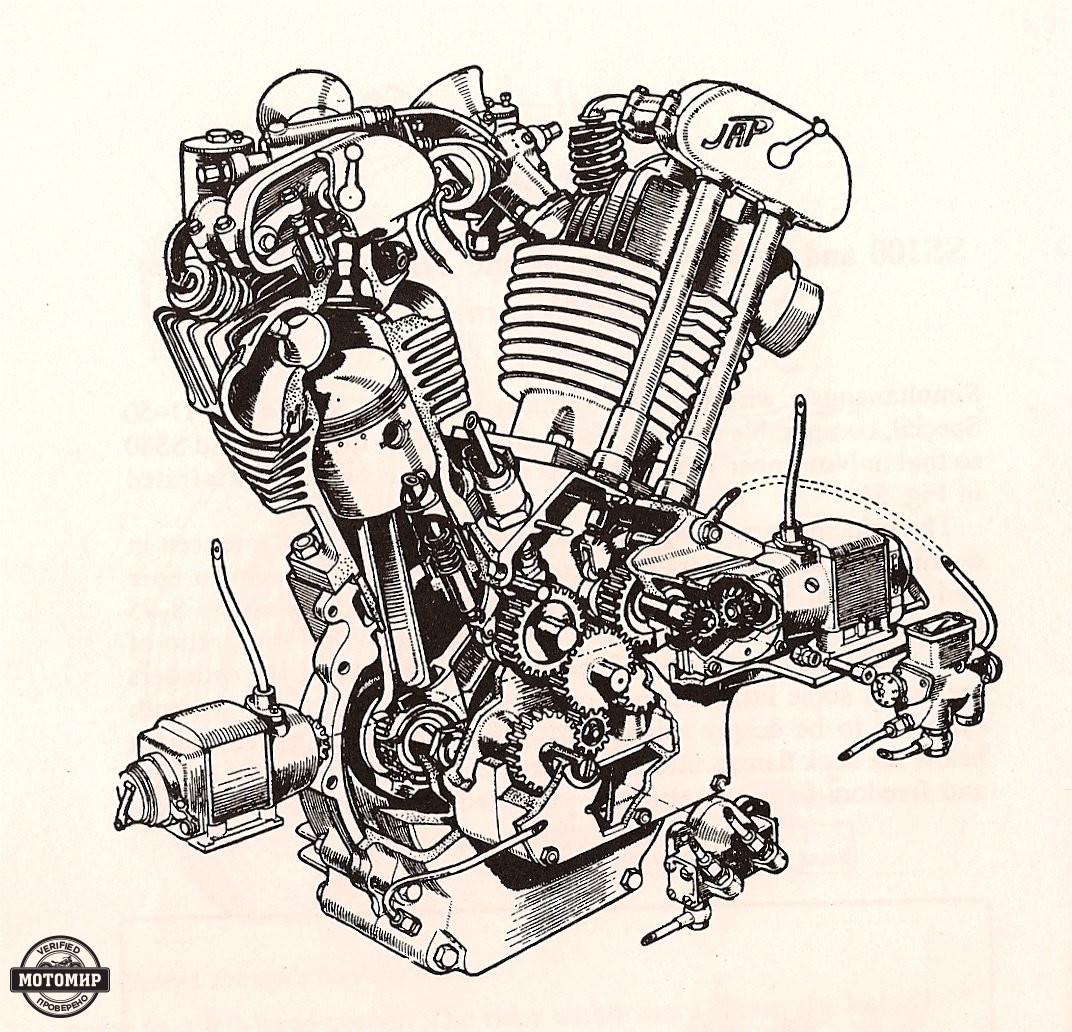 J.A.P. engine. This version was installed on Brough Superior SS 100 after 1928

It was powered by the twin-cylinder, V-shape (the angle between the cylinders was 50 degrees), OHV, 988-cc J.A.P. engine. Its peak brake power was 45 h.p. at 4800 rpm, as per today’s assessment (Brough Superior, just as Rolls-Royce, never published official information regarding the engine power of its motorcycle). The parallelogram front fork which was used for earlier models was replaced in this case by a characteristic cantilever fork made by the Castle Fork and Accessory Company (obviously a copy of that on Harley-Davidson motorcycles). Eventually, the front fork of this type was used in all models. 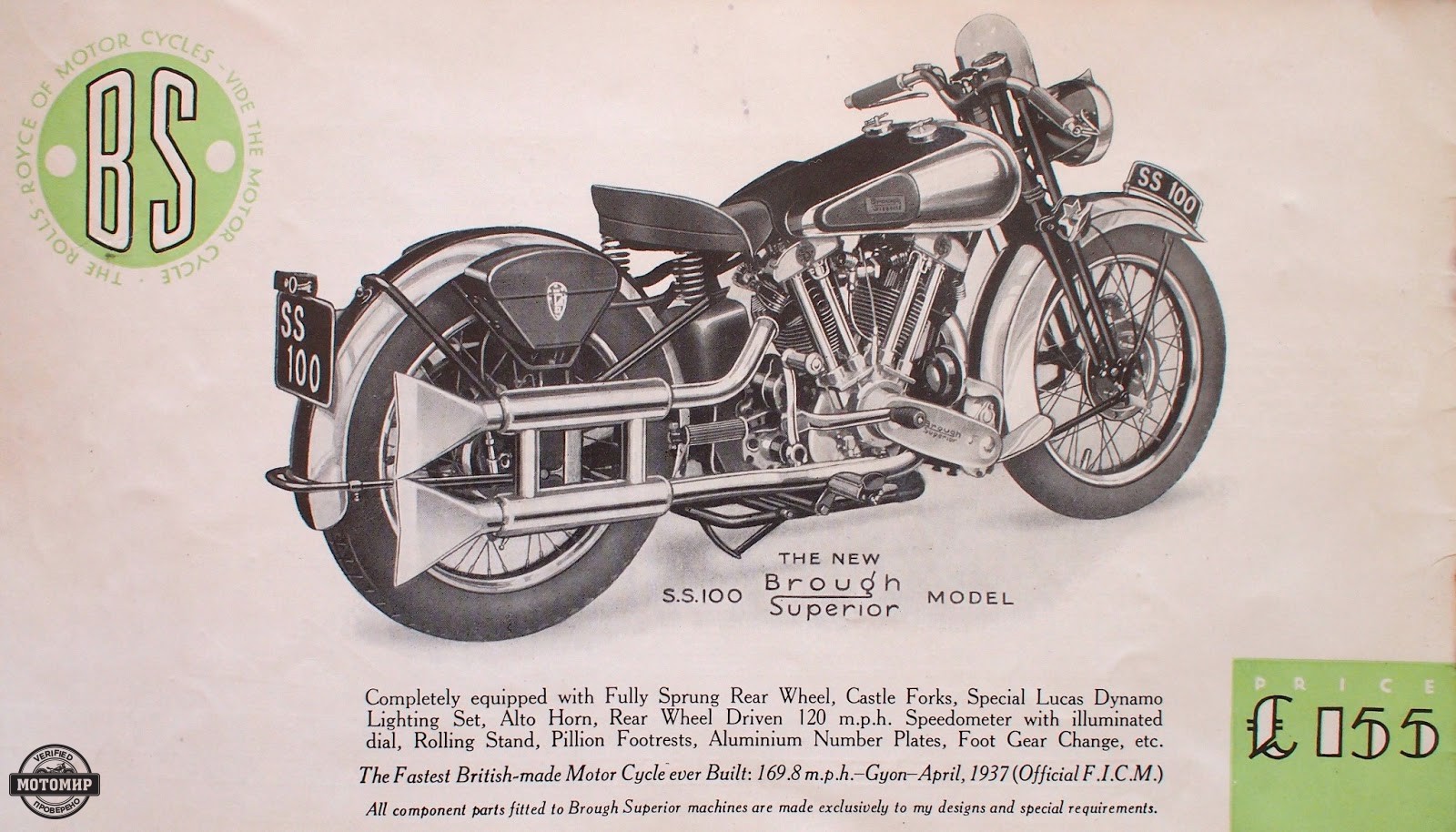 At the close of the 1920s George Brough (the founder of the company) started experimenting with soft rear-wheel suspension. He chose a concept patented by Bentley & Draper: a non-planar triangle of the rear pendulum and a spring unit under the seat. After 1928 suspension of this type was custom-built for SS100 model and its modifications. 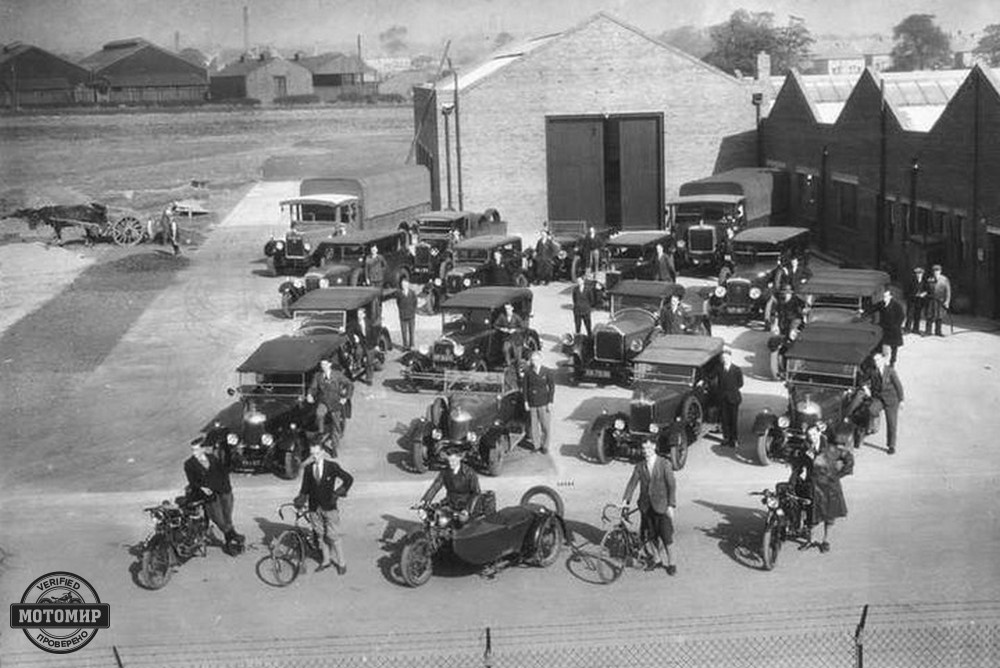 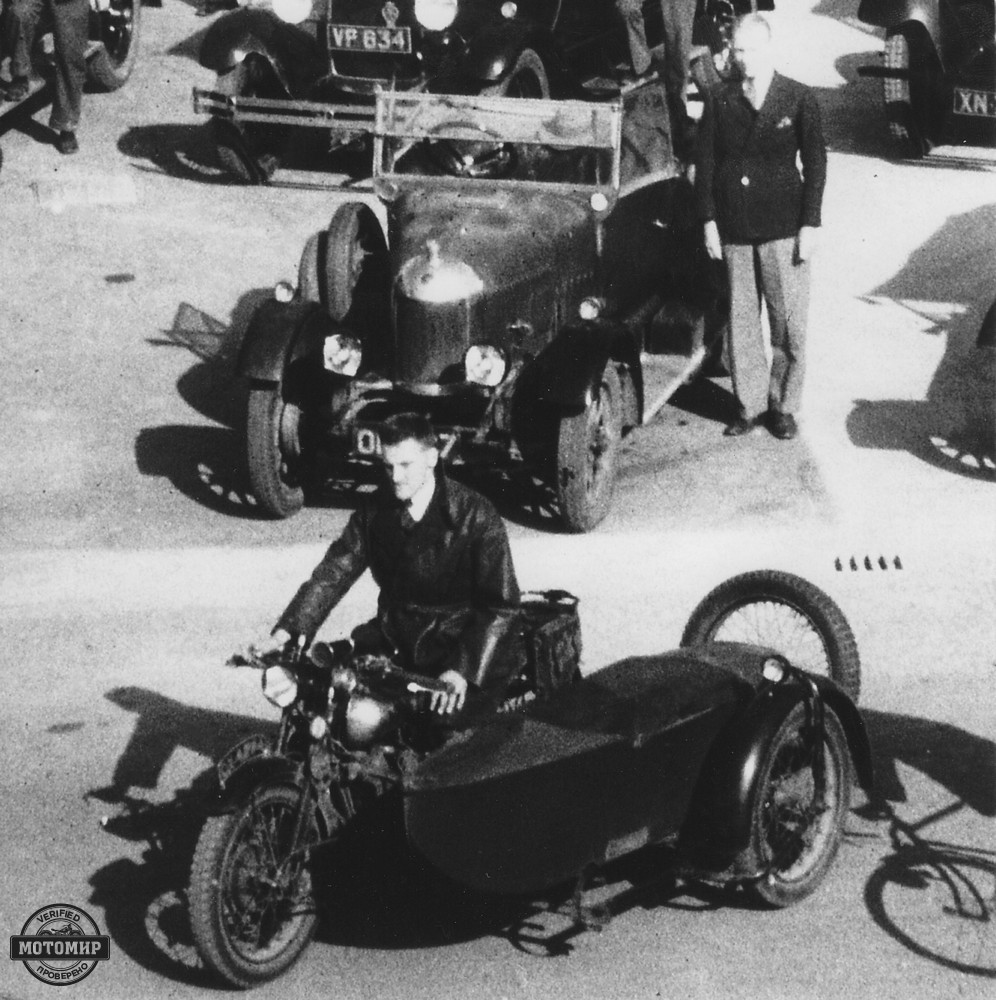 Brough Superior motorcycles were hand-assembled and constantly modernized. George Brough created models which he would love to ride himself, and it was the key to his success. When a new and a better modification of the J.A.P. engine appeared, the motorcycle was immediately modernized, George Brough was comfortable only when he was getting the best… After 1926, the Matchless engines were installed on some models.

The motorcycle from our collection has an interesting story. It was previously owned by Dunlop that got it for its 40th anniversary. This machine was used for advertising and for testing Dunlop tires, it took part in many public events. Originally it had the sidecar too, but it did not survive the WWII.

Dunlop’s choice was dictated by the consideration that Brough Superior SS 100 was, obviously, the best and most magnificent motorcycle of its time. It was also one of the most well-known models and its fame spread far beyond the British Isles, both way back and until today: Brough Superior motorcycles were many times sold at auctions for very high, record-setting bids.

* – Data on the results of metering at the exhibit “Motorworld by V.Sheyanov”.
Literature:

The Book of the JAP Engine (eng)