The story of Benelli started mainly by chance. Teresa Boni Benelli, a widow who lived on the Adriatic coast in Pesaro, was looking for something serious for her six sons: Guiseppe, Giovanni, Francesco, Filippo, Domenico, and Antonio. The enterprising soul of Boni Benelli wanted a joint activity for her sons. She sold some portions of the family land, bought processing machines, and launch a mechanical shop in an outbuilding of her estate. 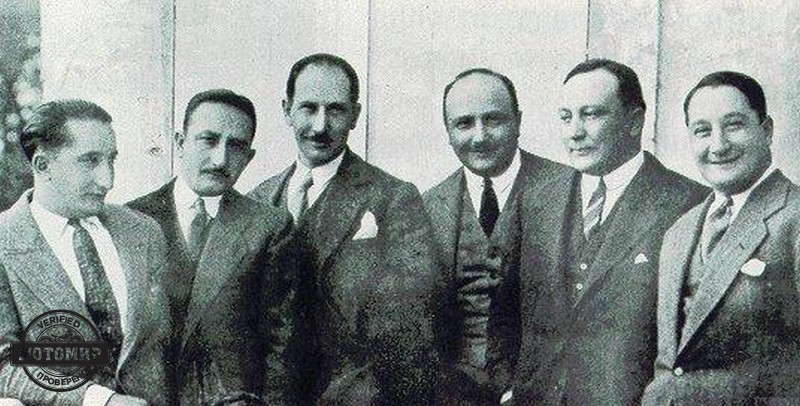 Gradually, six brothers learned how to use machinery. In addition, they had five journeymen who weren’t technically savvy. This was the beginning of Officine Meccanice Benelli. The company repaired guns, manufactured various spare parts, and provided auto services for all five Pesaro’s cars. The company was prosperous until the 1916 earthquake, which heavily damaged Pesaro. After, brothers decided to move to Milan but, at the last moment, one of the relatives gave brothers a premise (in an undamaged part of the town) for the workshop. 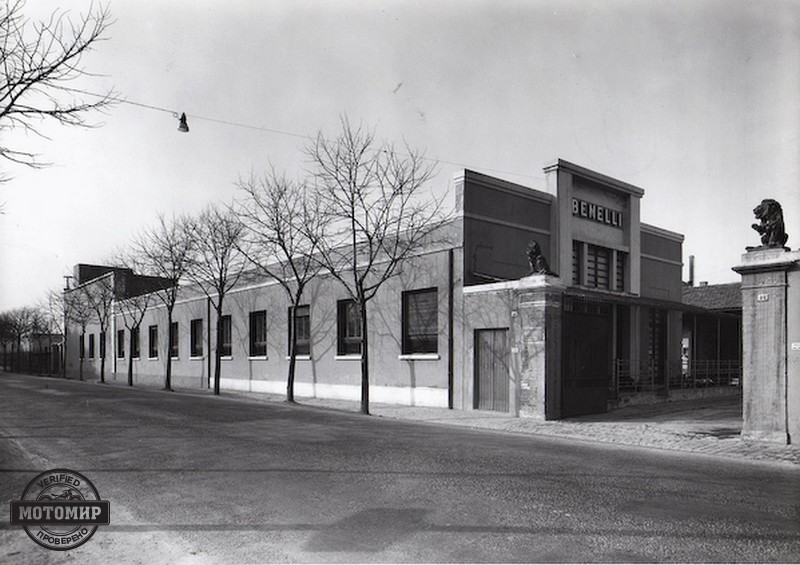 While thinking about the company’s future, brothers had tried to pursue their long dream – to build a combustion engine. A few years later, the dream embodied into a 75 cc two-stroke engine that proudly shined on a stand at the first Motor Show in Milan. Then, the engine was installed on a bicycle fork and sometime later, in the center of the frame. But both options didn’t satisfy brothers: bicycle chassis didn’t provide the required stiffness. 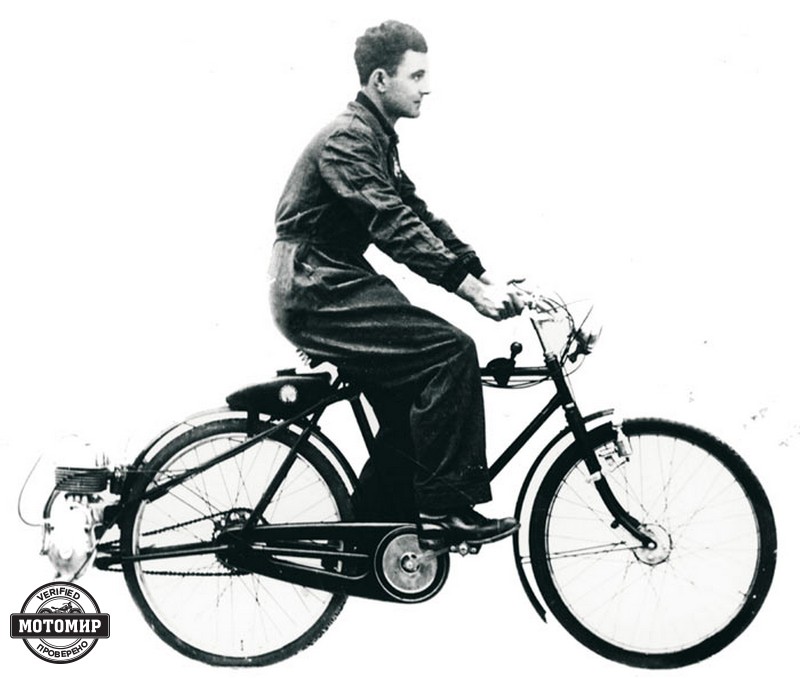 In 1921, the first Benelli motorcycle was produced. It was the real motorcycle equipped with a 98 cc two-stroke engine and a two-range transmission. The fork was a spring type. The first machine was followed by 125 and 147 cc motorcycles. The latter one was also produced in a race option that had open-type exhaust pipes without silencers, a low handlebar, and a sports saddle. The very first motorhead who dared to ride it was the younger brother Antonio. Nobody was expecting it, but he won a medal place in the 175 cc class showing to everyone not only the excellence of the new motorcycle marque but also his motoskills. After years he successfully entered many races and put away all other activities. 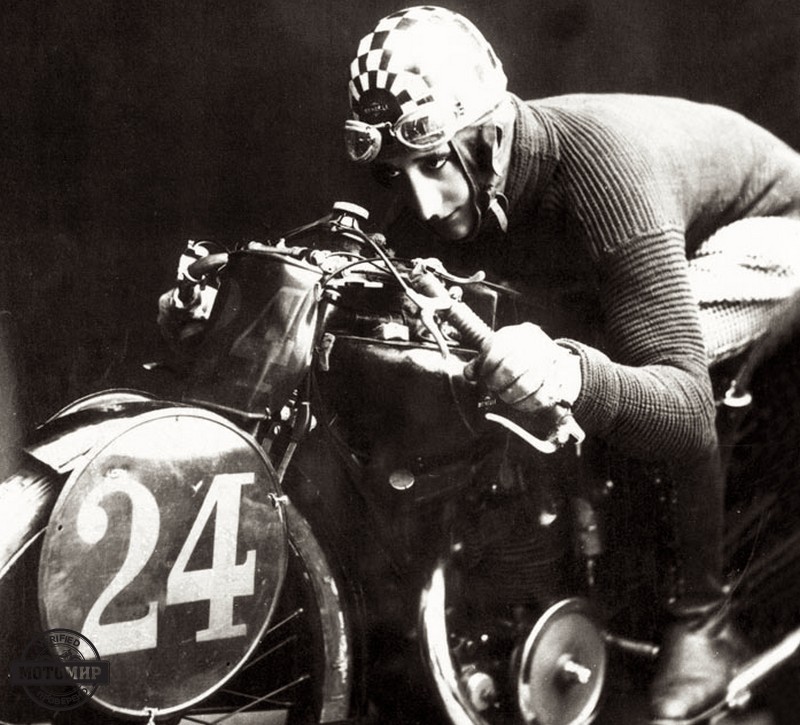 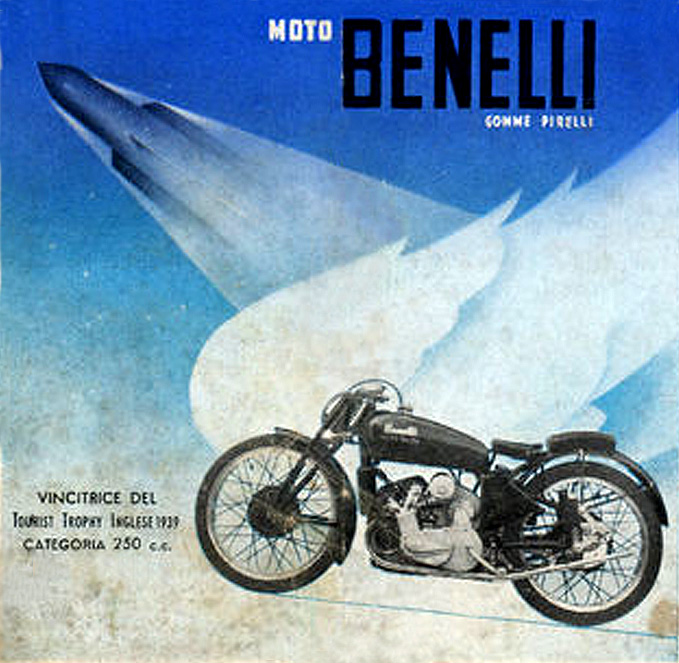 Benelli continued to manufacture motorcycles and developed a reputation for being primarily a racing marque. Between two World Wars, Benelli riders won many prizes at both Italian and international competitions.

By World War II the company was at the top of its success. Because Benelli was well known for the high accuracy of produced articles, brothers got many offers from Isotta Fraschini, Colombo, OM, and Alpha Romeo for the manufacturing of aviation engines. As for motorcycles, the company produced 250 and 500 cc machines for the Italian Army. These motorcycles were based on civil models with some military adaptations.

The standard military-type Benelli was a 500 cc VLM model that was based on a Benelli M36 tricycle. 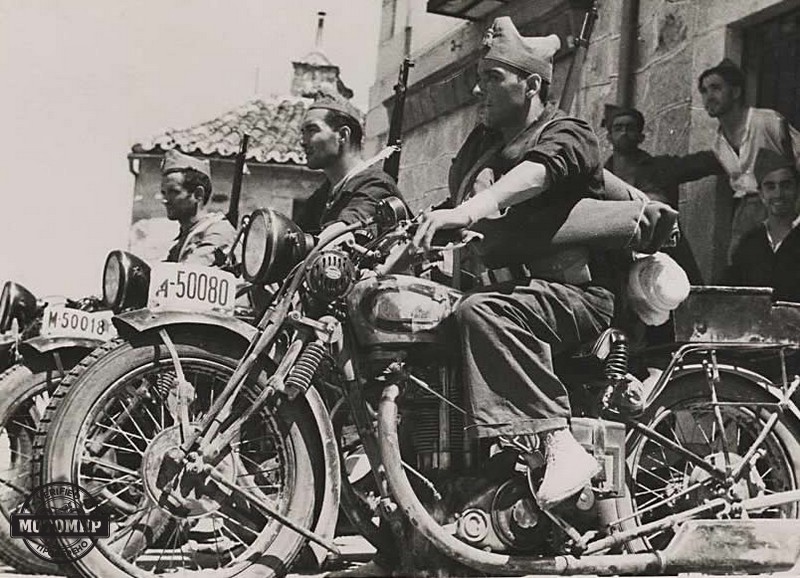 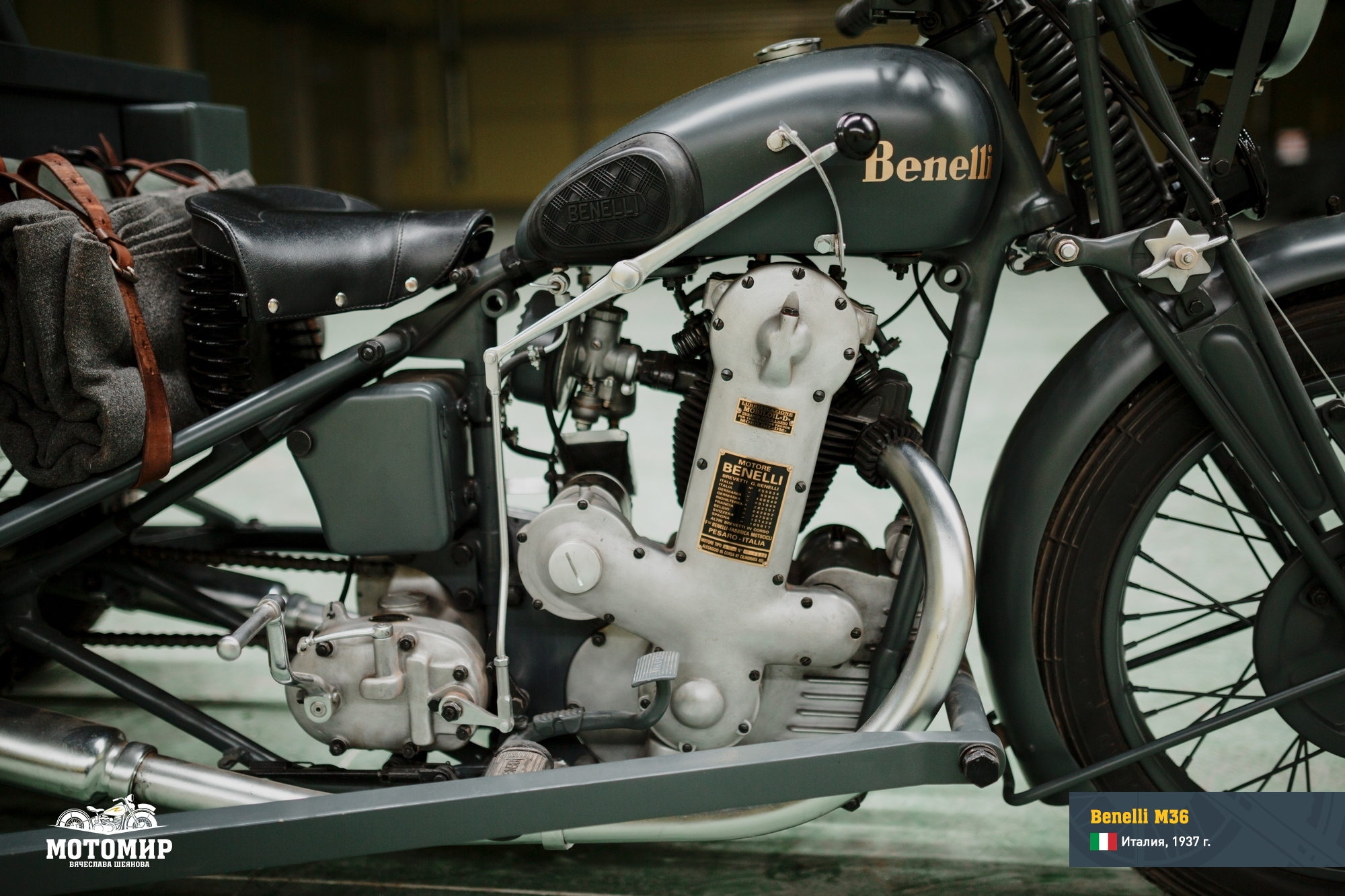 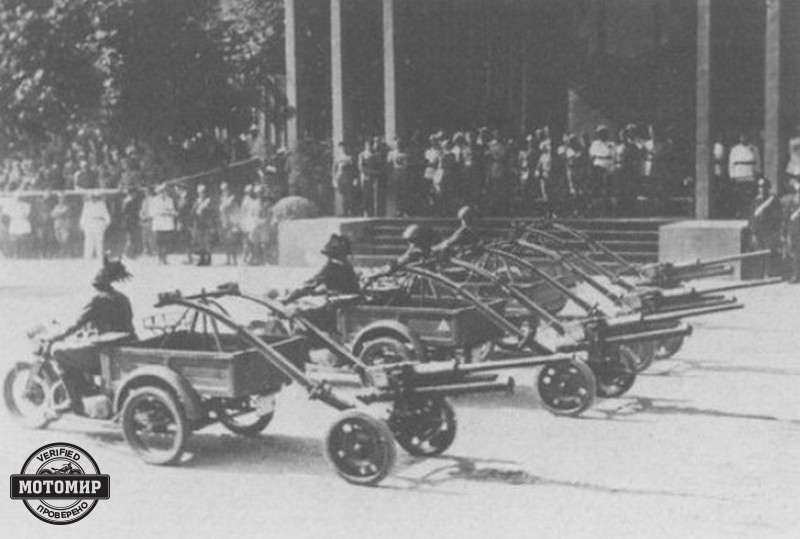 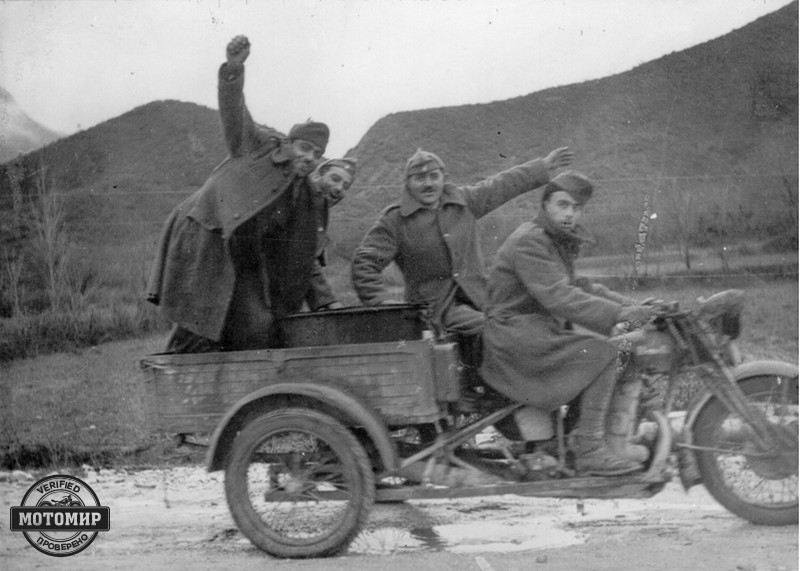 M36 entered the army in 1936 with a purpose to speedup the motorization of infantry forces (bersaglieri, in particular). The tricycle was tried by fire during the Spanish civil war where it was also used for towage of Breda (20 mm antiaircraft gun). The machine was highly appreciated by army men for its robustness. Special police service and mechanized cavalry gave it a high rating.

Max speed was 72.6 km/h, load-carrying capacity – 400 kgs. The tricycle was equipped with a 493.6 cc one-cylinder engine (13 h.p. at 4,500 rpm). It was used not only for the transportation of ammo. Where a special tow hitch was installed, the machine turned into a tractive vehicle towing a Cannone da 47/32 Mod. 35 (an antitank cannon). During World War II, it has been widely used in all battlefields. M36 was also used as a mobile radio centre and an anti-aircraft mount with an 8 mm machine-gun on a tripod.

In November 1941, Benelli M36 began its service in the 80th Special Airmobile Division as the one and only vehicle, but later it was replaced with Moto Guzzi Trialce. 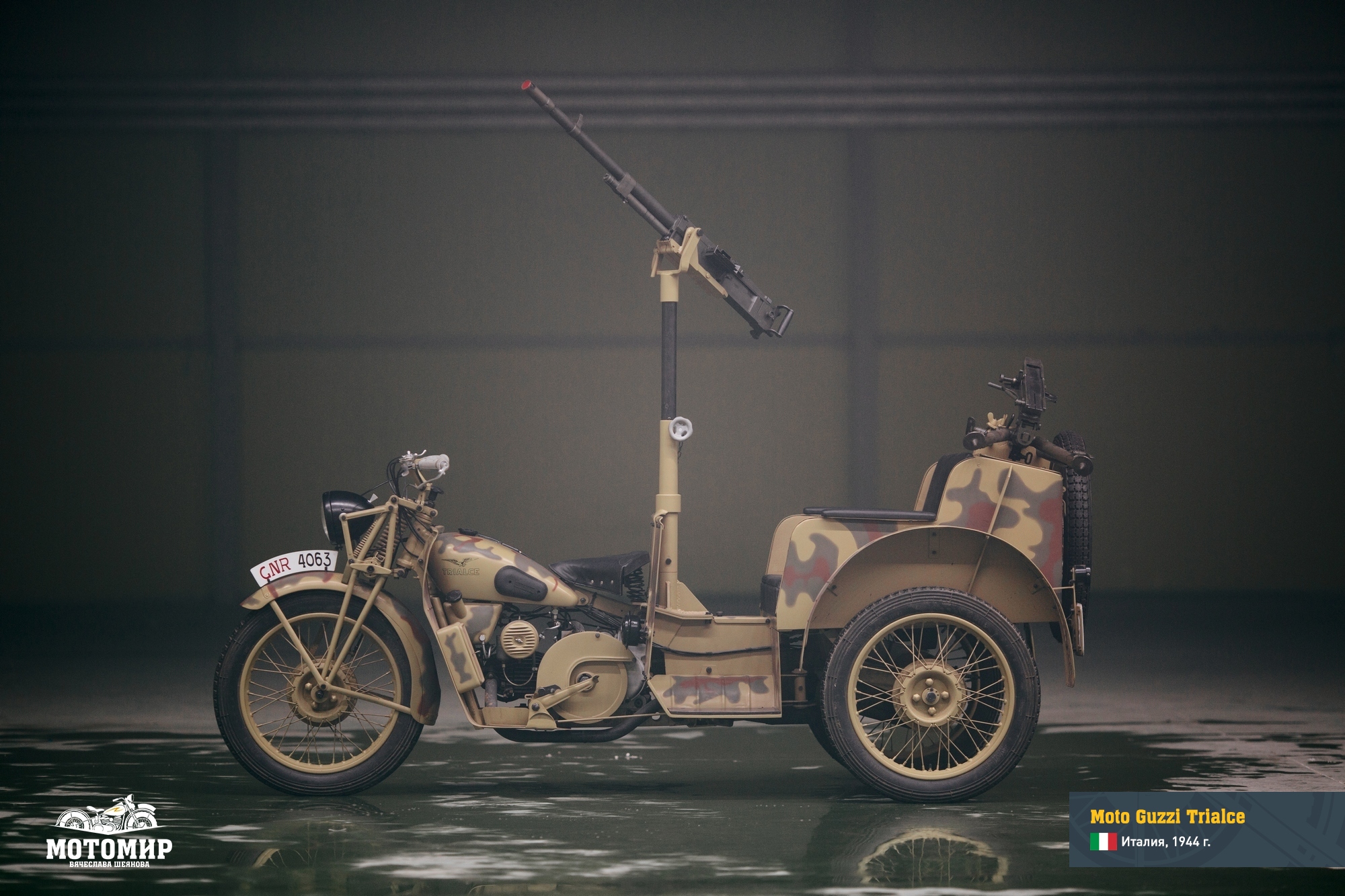 The Motoworld’s collection hosts a tricycle that was rebuilt at the Costantino Frontalini’s workshop into the model, which has been used by the Air Combat forces as an airport defender. Less frequently, tricycle was also used as a communication & transport vehicle for the delivery of cargos to airports.

Body is painted into blue-grey, which is typical for ground transport vehicles served in the Air Combat forces. There are service insignias on both sides. In addition, the tricycle is equipped with a Breda-SAFAT 7.7 mm machine gun. By default, this type of a machine gun was intended for aircrafts, but later it was installed onto ground transport vehicles as an air defense gun. 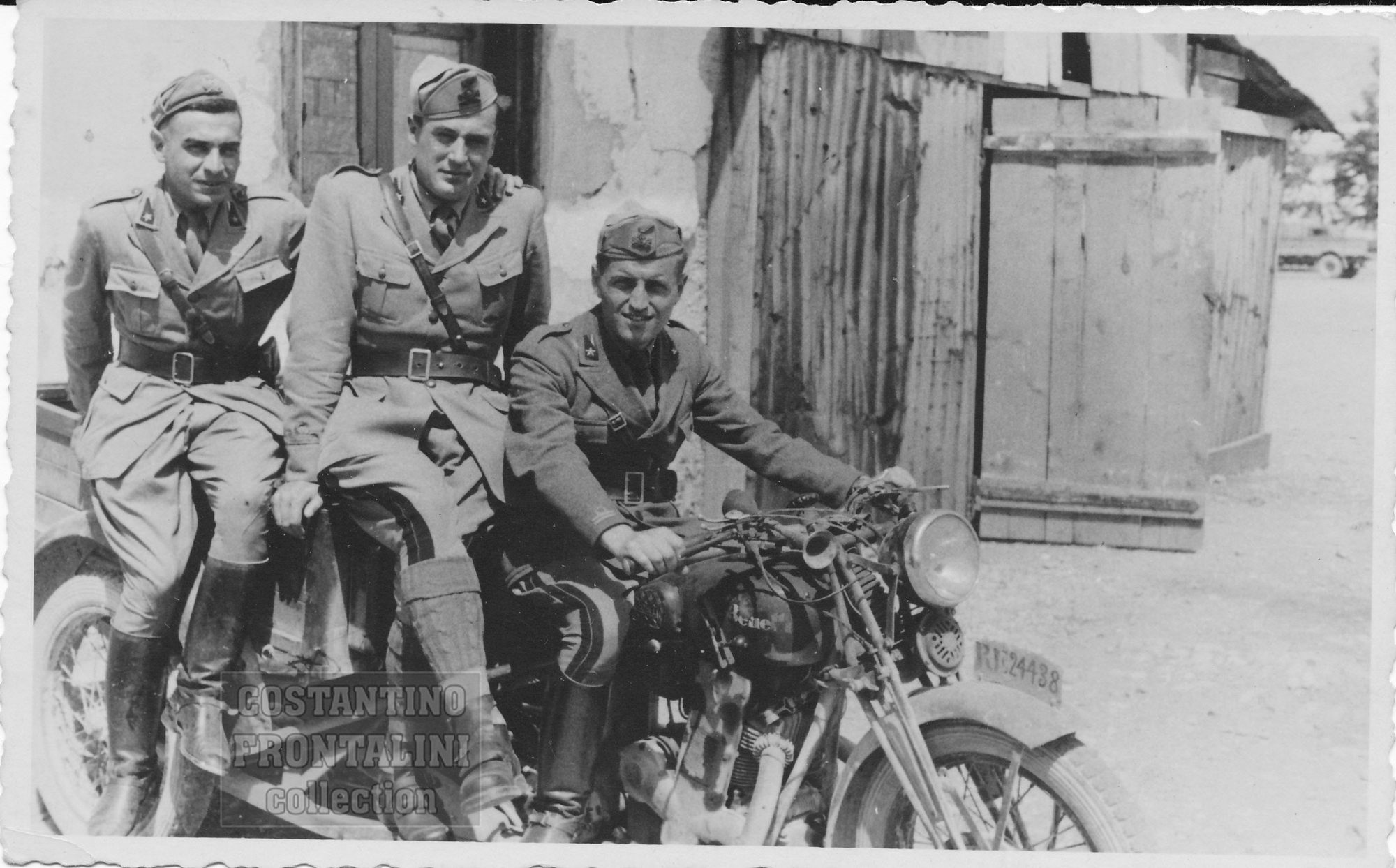 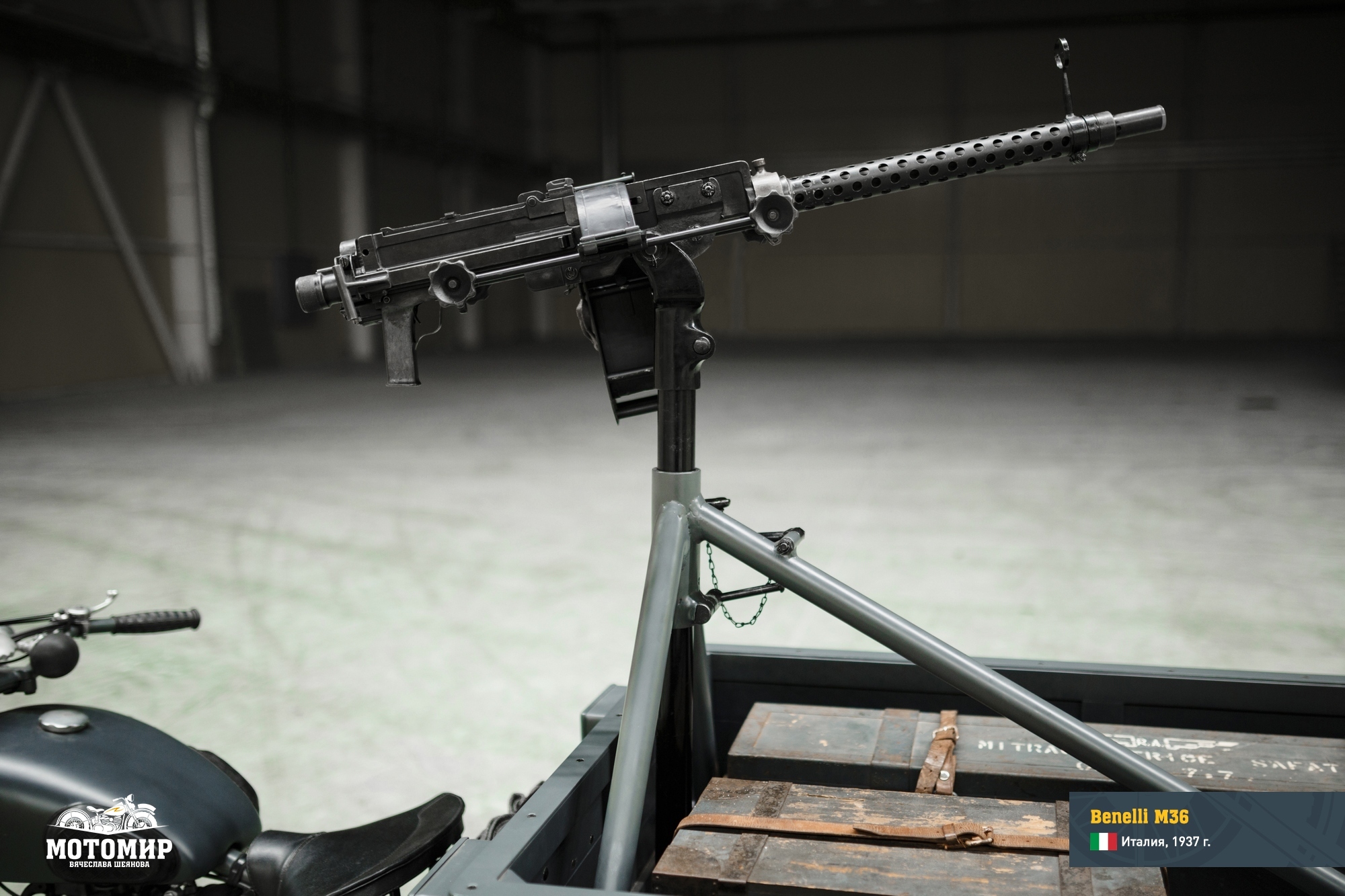 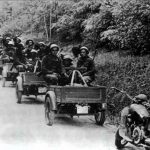 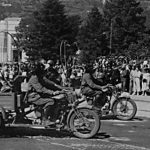 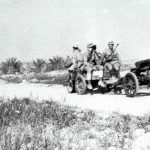 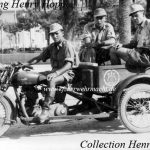