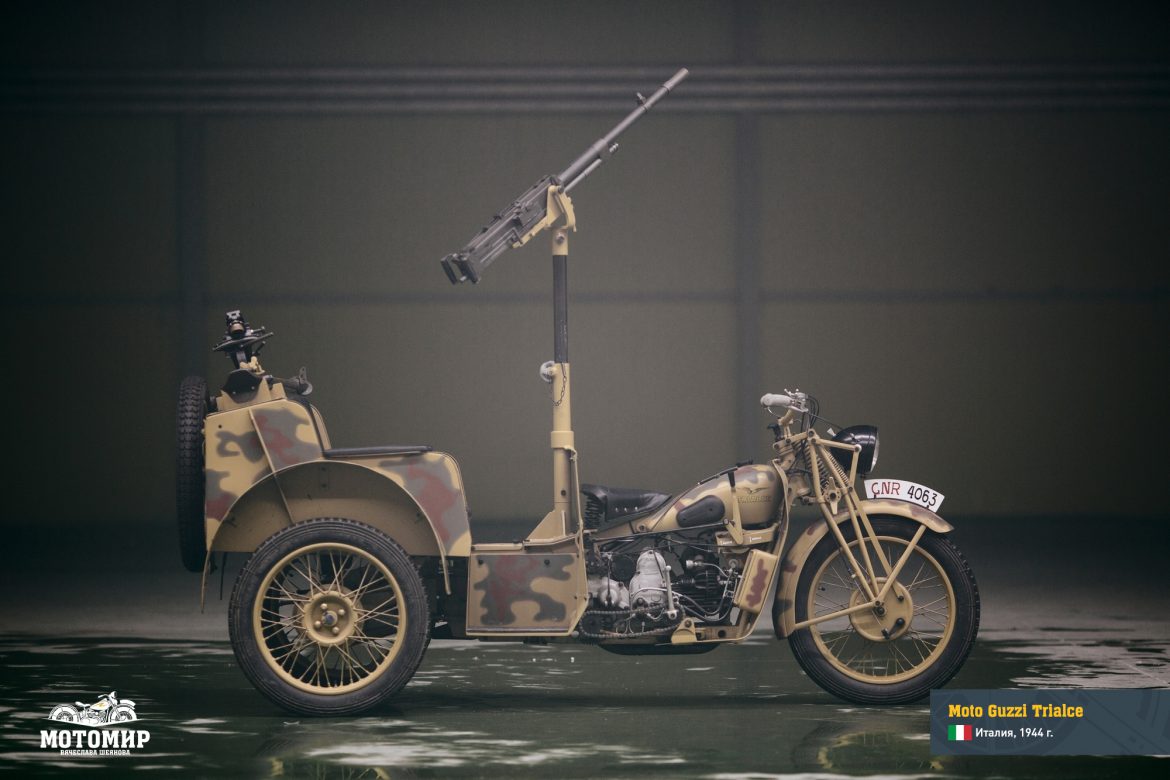 
In 1940 Moto Guzzi company produced the Trialce tricycle, which was one of the variations of the Alce motorcycle model, very popular with the military. Trialce’s intended use was strictly military, and the model was supplied with various flatbed options: for transporting cargo, officers or cannons. Even a collapsible modification existed, for use in the paratroops.

In the German army, senior officers got around mostly in cars and only junior officers could use motorcycle sidecars. The Italian military were more pragmatic, so they used almost exclusively Trialce for transporting members of the Italian officer corps.

The 20-mm anti-aircraft cannons that were installed on the Trialce flatbed made these motorcycles into formidable combat units. When the Italian military had been engaged in Northern Africa, they were taken by surprise many times and threatened from the air, so the army welcomed such a mobile weapon very much.