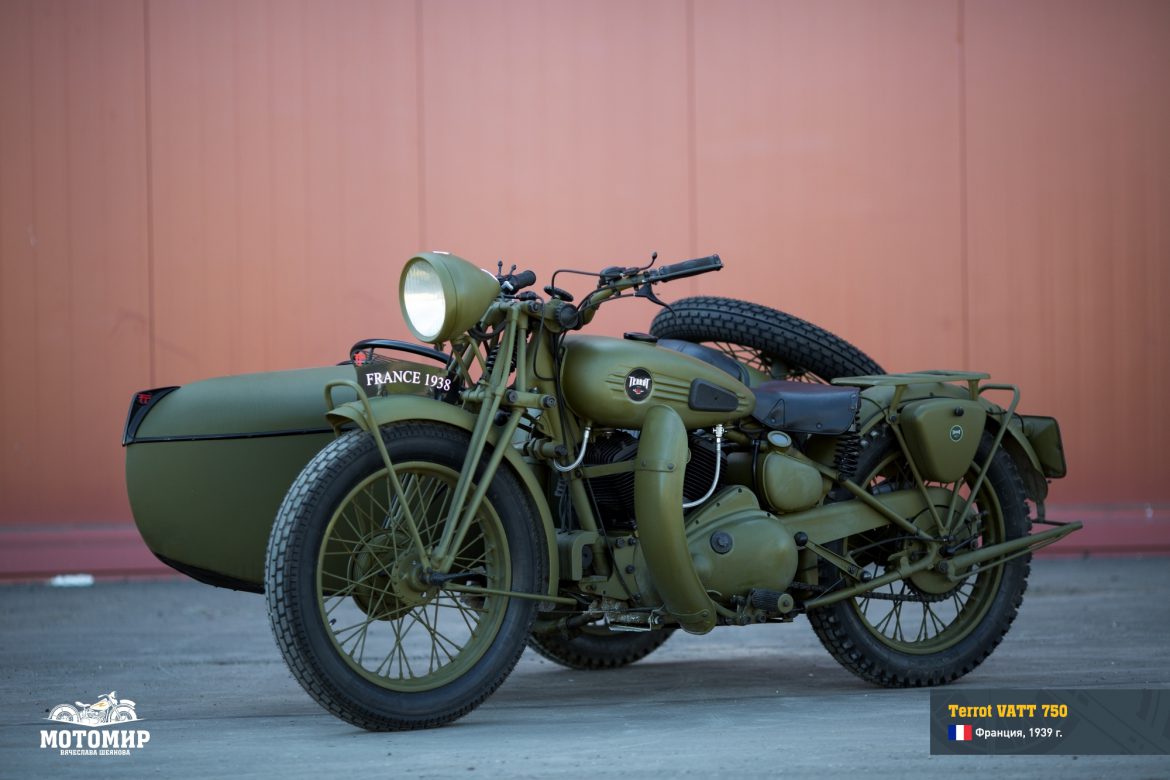 By 1930, the Terrot company became the largest motorcycle manufacturer in France: by that time it produced over 100 thousand motorcycles. But the joy of succeeding didn’t last long — the global financial crisis hit the world and the sales dropped. The Terrot situation got a little better by 1934 when the company got a contract to supply the French cavalry with military motorcycles. 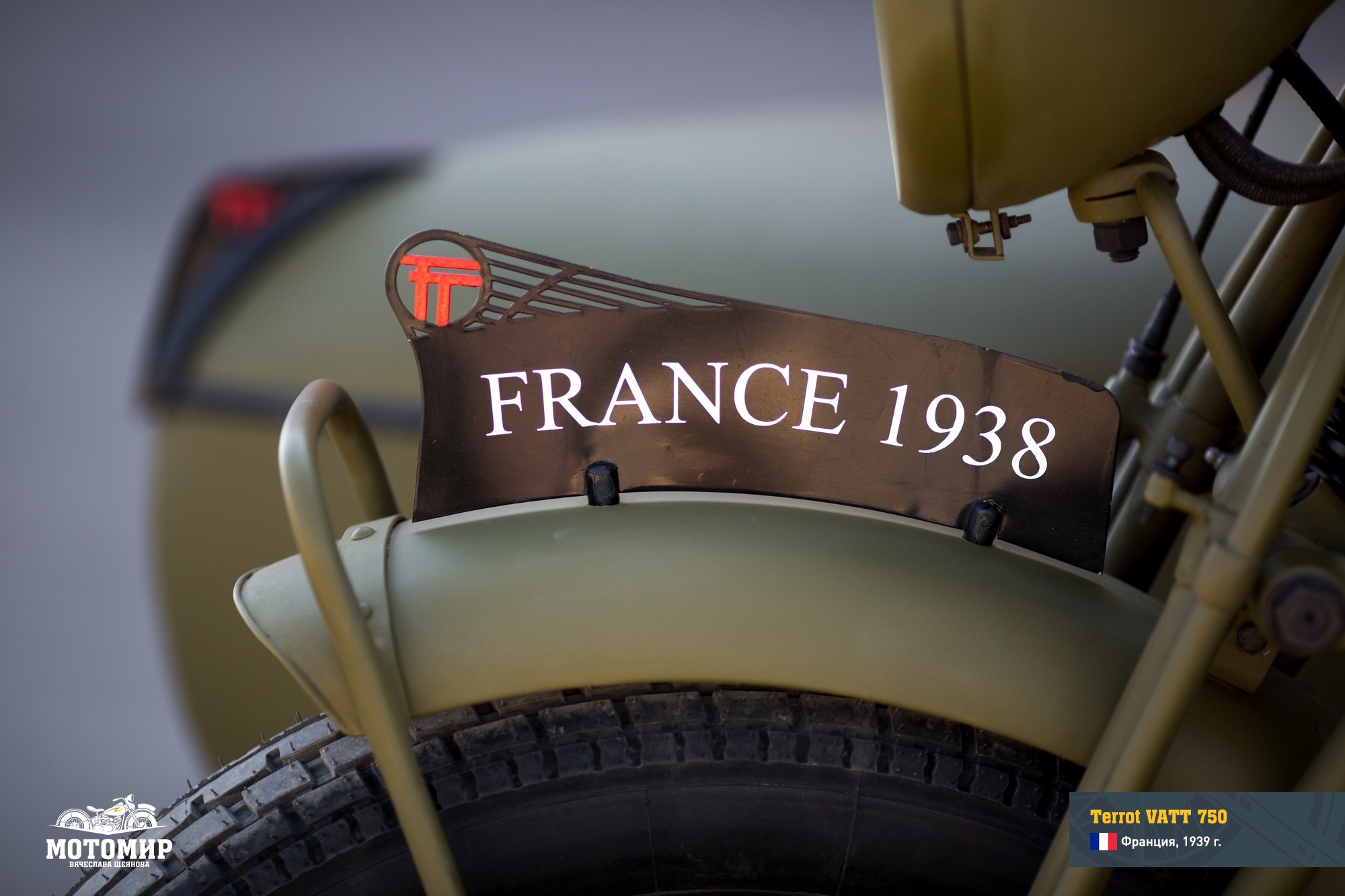 In 1936, the Terrot produced its first heavy motorcycle — VAtt 750 — it was a modified version of a civilian VA model. The differences among them were as follows: VAtt was supplied with the special off-road tires, raised exhaust pipe, camouflage lighting (it’s missing on this particular motorcycle), and other standard military options. Battery-operated sparking was replaced by magneto in order to enhance reliability. The motorcycle also had a special off-road gadget (indicated by two letters “tt” in the model name, meaning “tout terrain” or “all-road”), which consisted of several rollers fixed to the engine under shield.

This model had a twin-cylinder, V-shape, flathead, 750-cc engine. 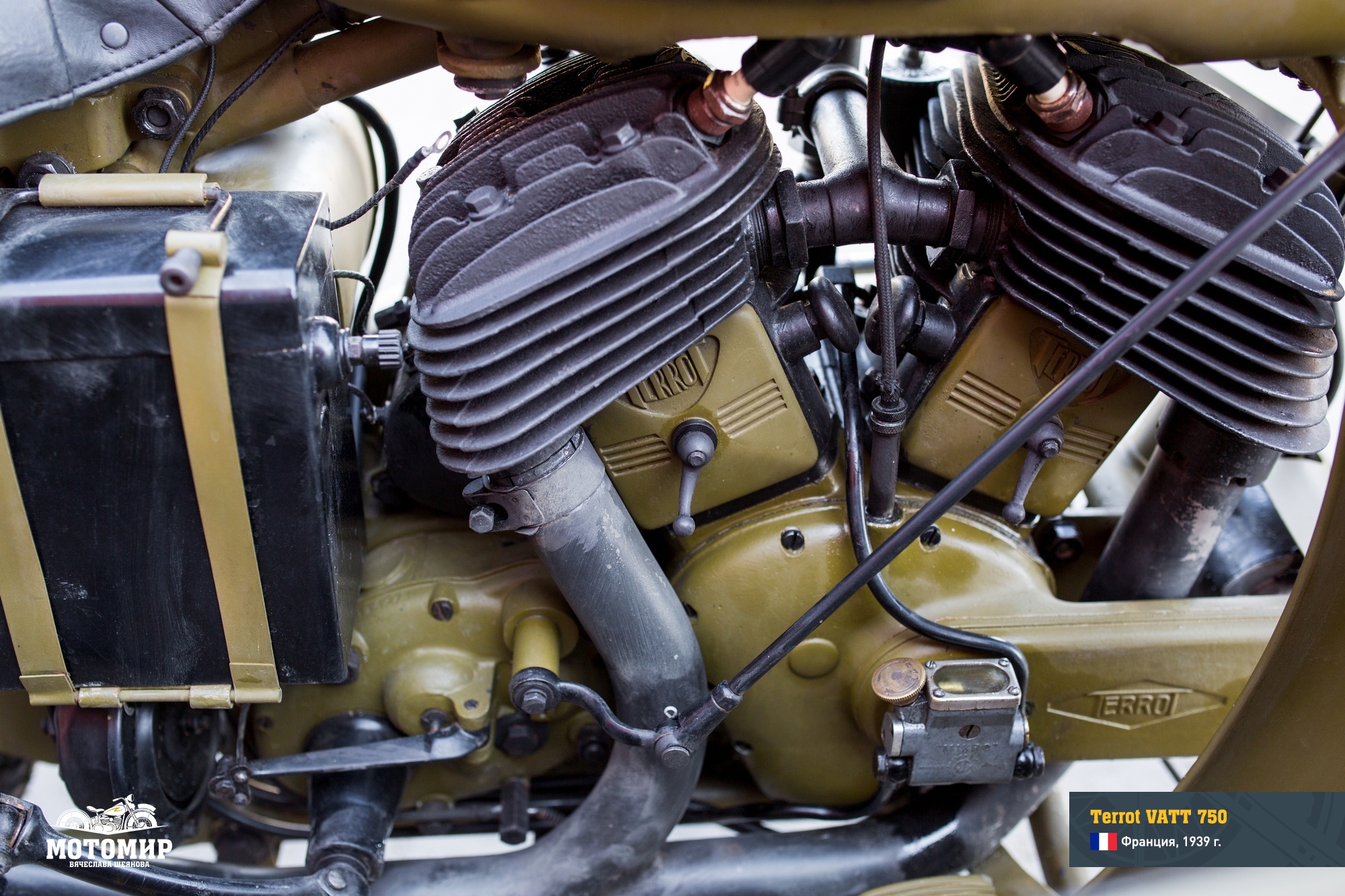 Around two thousand of VAtt 750 motorcycles were produced for the French army, but not more than 15 units have survived until this day.