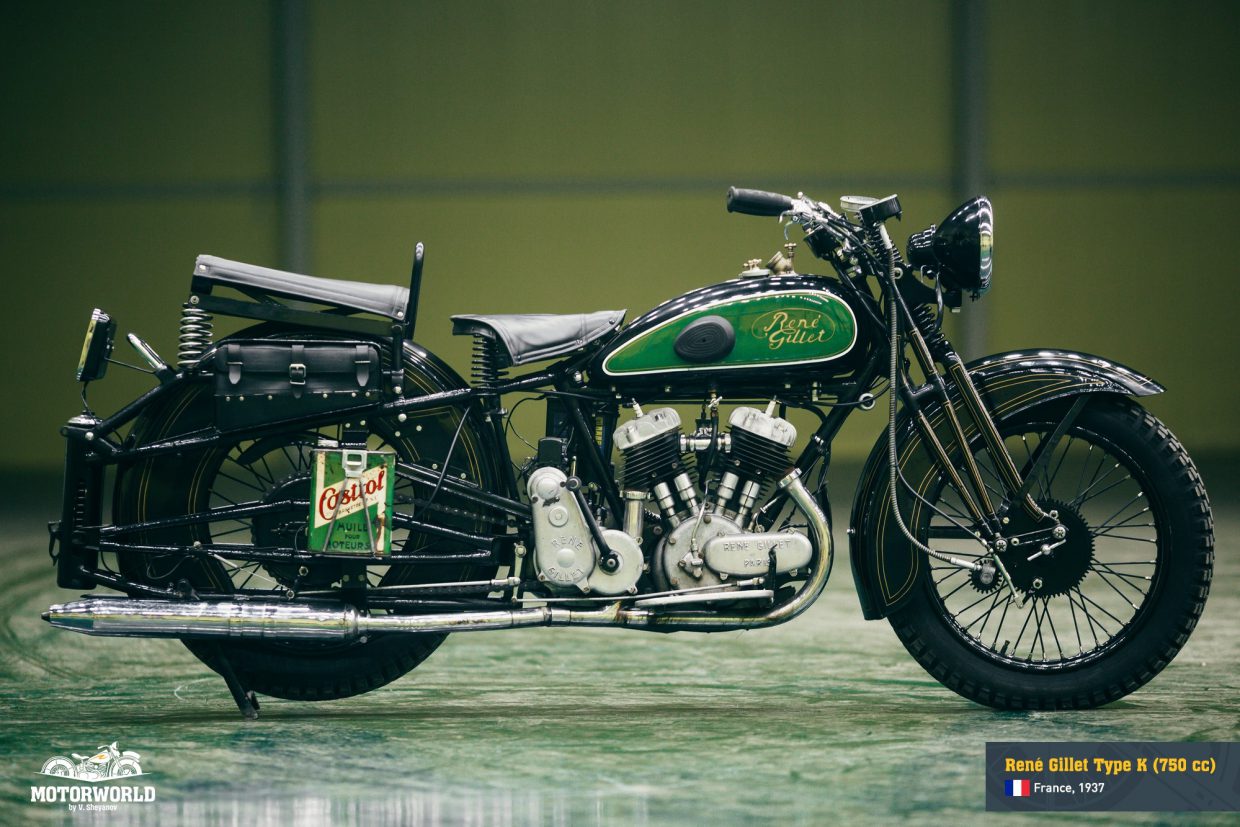 Heavy René Gillet motorcycles (both the solo and the sidecar version) first appeared in 1928, and they quickly became a favorite means of transportation in the French army and police. The 750-cc René Gillet became a standard army motorcycle in France by the late 1930s (the military version was named Type G1). 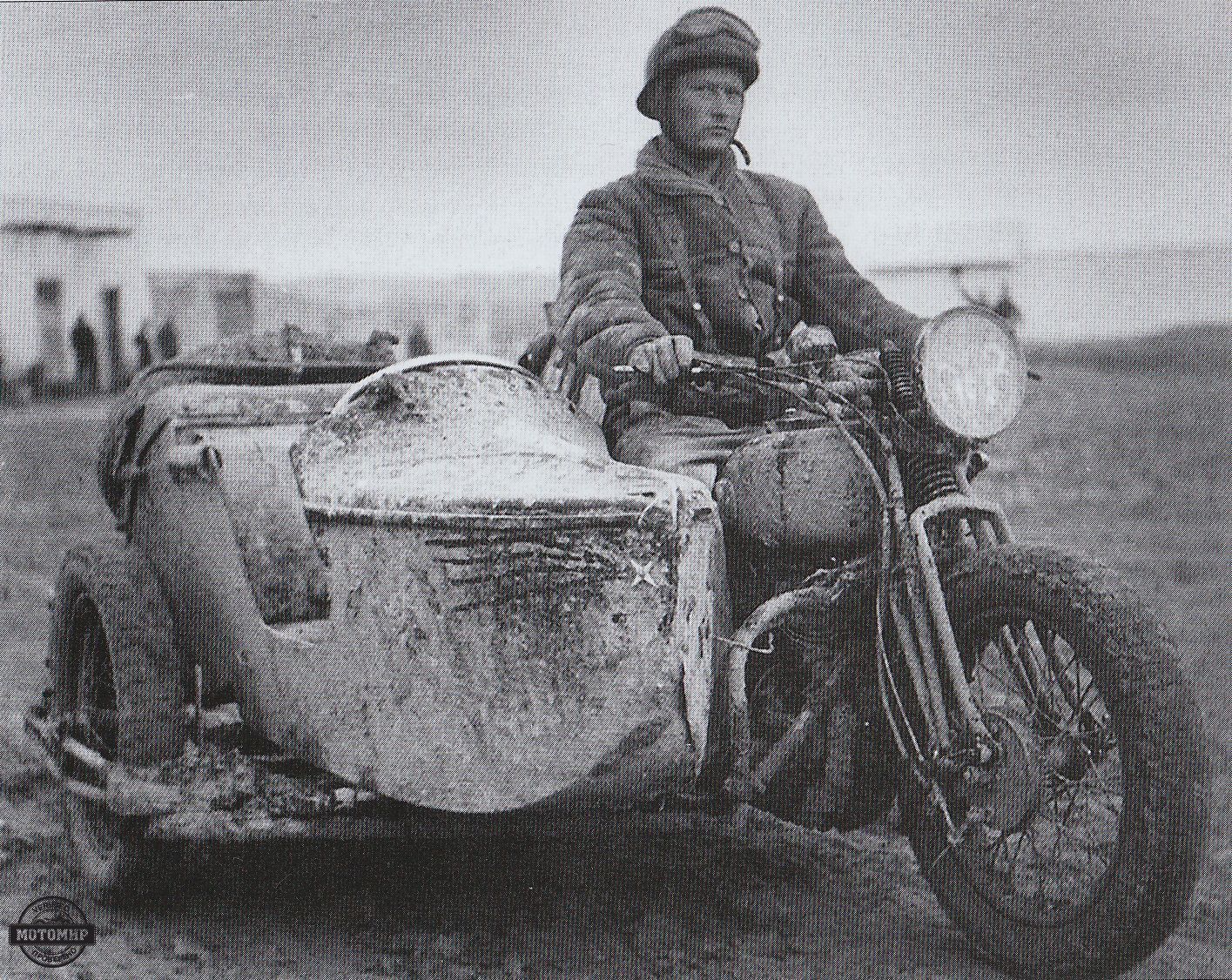 The René Gillet 750 was a typical heavy motorcycle of its time, and its base was a single tubular steel frame. The front suspension was designed as usual: it was a combination of a rigid fork with movable levers that were affixed to the lower part in order to hold the wheel. One of the levers was a bicycle fork that transmitted the wheel vibrations to a spring located in the upper part under the handlebar. The rear suspension was offered in two versions: the standard one was rigid, but at an extra cost, the René Gillet would install a unique soft rear suspension. Four longitudinal beams affixed to the front frame envelope lead back by pairs around the rear wheel, which was located in the middle of the long triangular tubular crossbeam. The beams were connected to the vertical cylinder, which had a powerful spring inside. The crossbeam of the rear suspension was connected at one end to the frame behind the gearbox and its other end was affixed to the suspension spring which made it possible for it to make vertical movements together with the wheel. 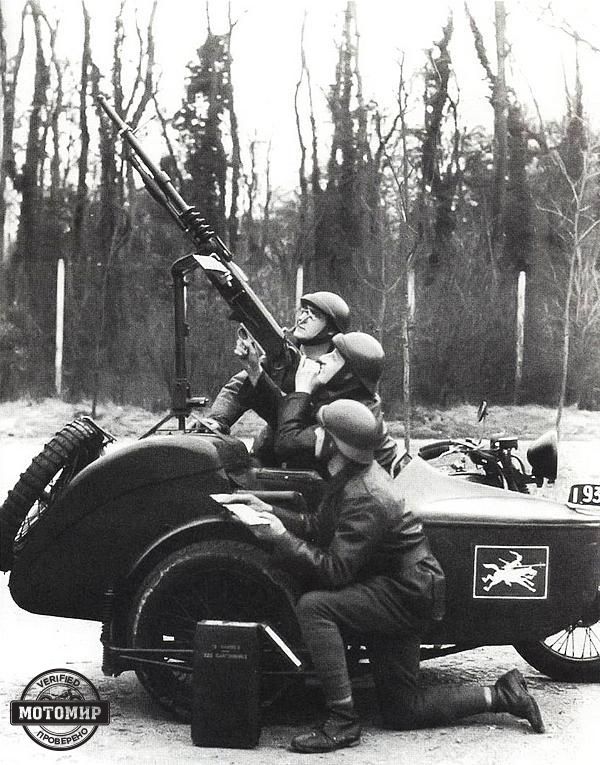 The specially designed soft suspension by René Gillet was offering an unsurpassed driving comfort. Motorcycles on which it was installed were mostly purchased by tourists and travel enthusiasts. The military version of the René Gillet 750 still used the rigid rear wheel suspension.

The engine was an L-head, V-shape model with a rating of 14 hp at 4,000 rpm. The transmission was 3-speed on earlier units, but later, in 1939, it became 4-speed. The motorcycle was chain-driven. 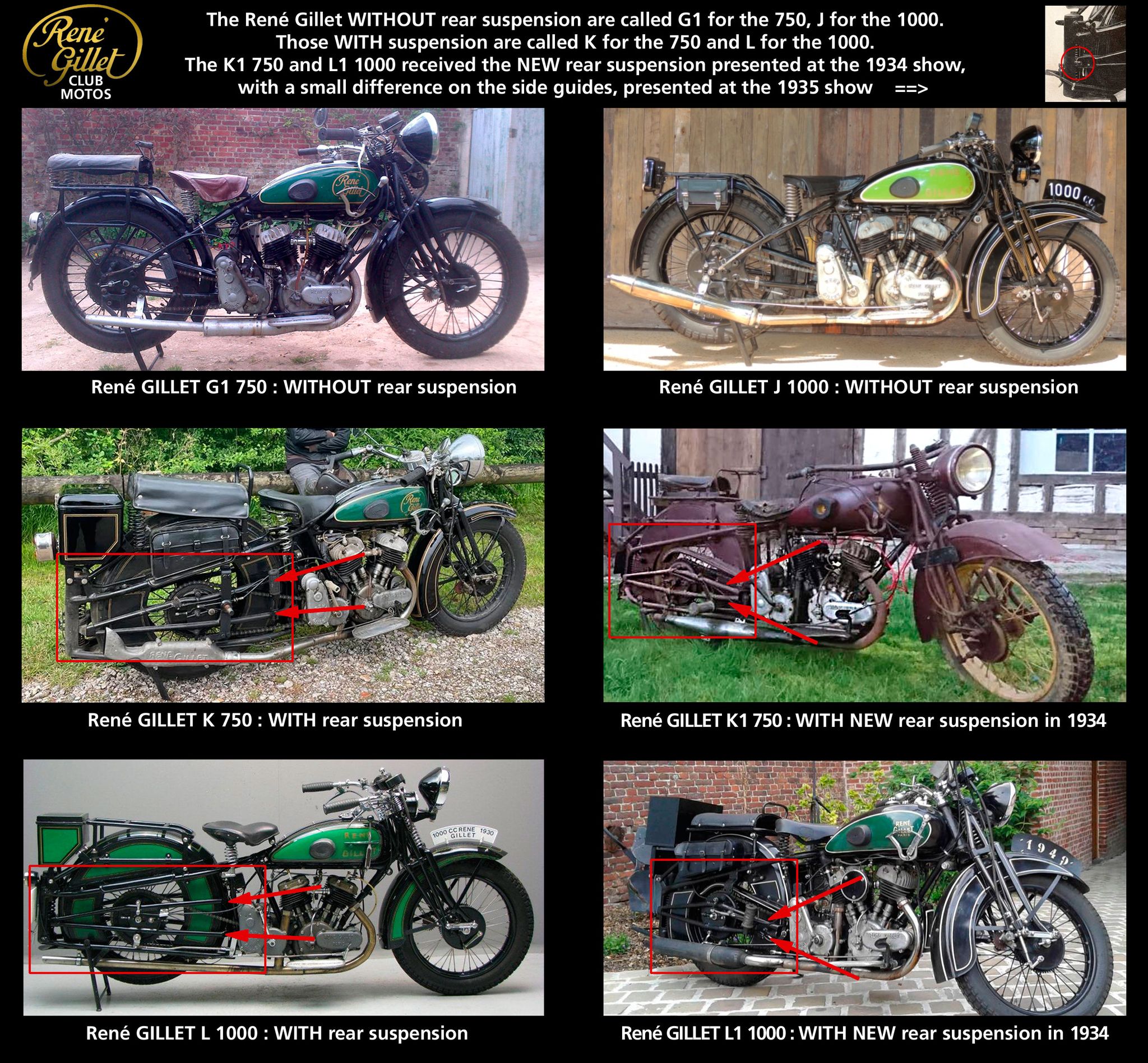 The production of René Gillet 750 was temporary stopped in 1940, as a result of the Nazi occupation, but it was resumed after the war and continued until the late 1950s.