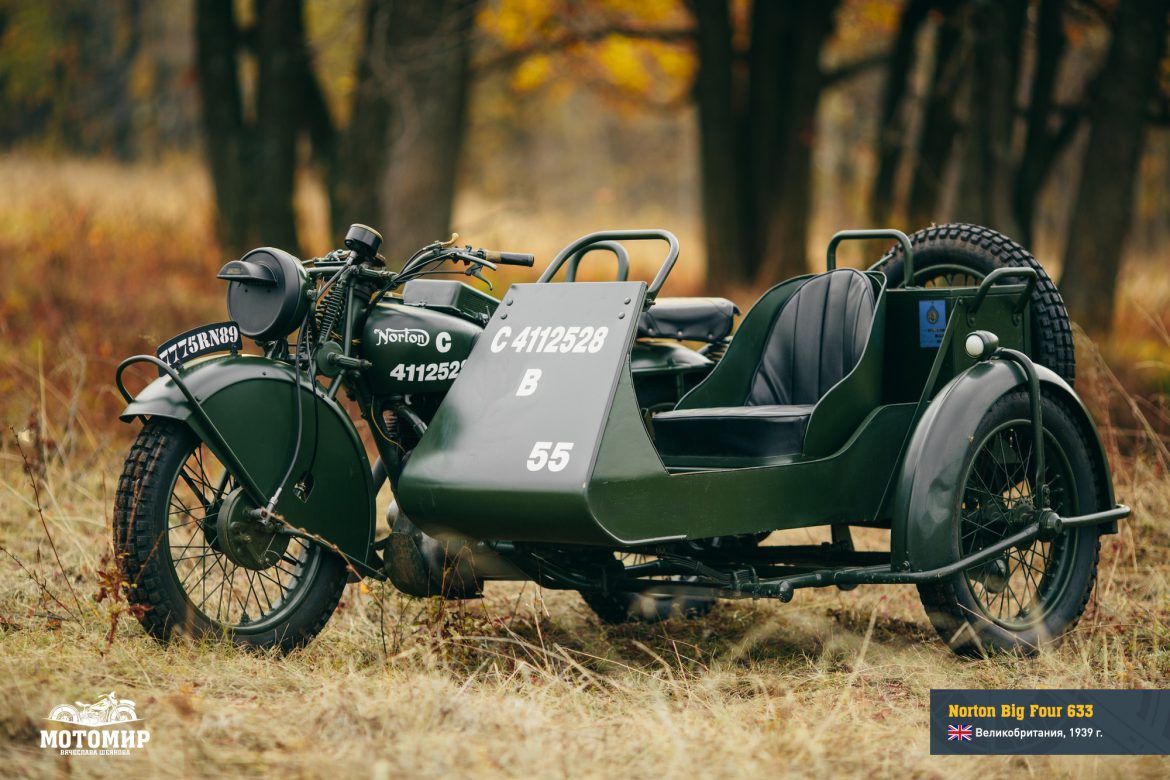 The Big Four 633 was equipped with a one-cylinder, L-head, 633-cc engine having a size of 82 by 120 mm. Originally it was a belt-driven model, but somewhat later on, in 1915, the belt was replaced by a chain. In 1932, the right-side exhaust system was designed and next year a 4-speed gearbox.

The Big Four 633 was James Norton’s favorite motorcycle model. In the early 1930s, he drove with it several thousand miles around South Africa, hoping that fresh wind and staying away from smoke-filled Birmingham would improve his health. After his return to England, an advanced model was created.

Some 4,737 motorcycles (out of 100 thousand assembled) had sidecars that could carry two or three men with fighting equipment and munitions.

After WWII was over, the company went on to produce this model for 9 more years. In 1954, the production plant of Norton Motors Ltd. started manufacturing twin-cylinder motorcycles putting an end to the production of Big Four 633.