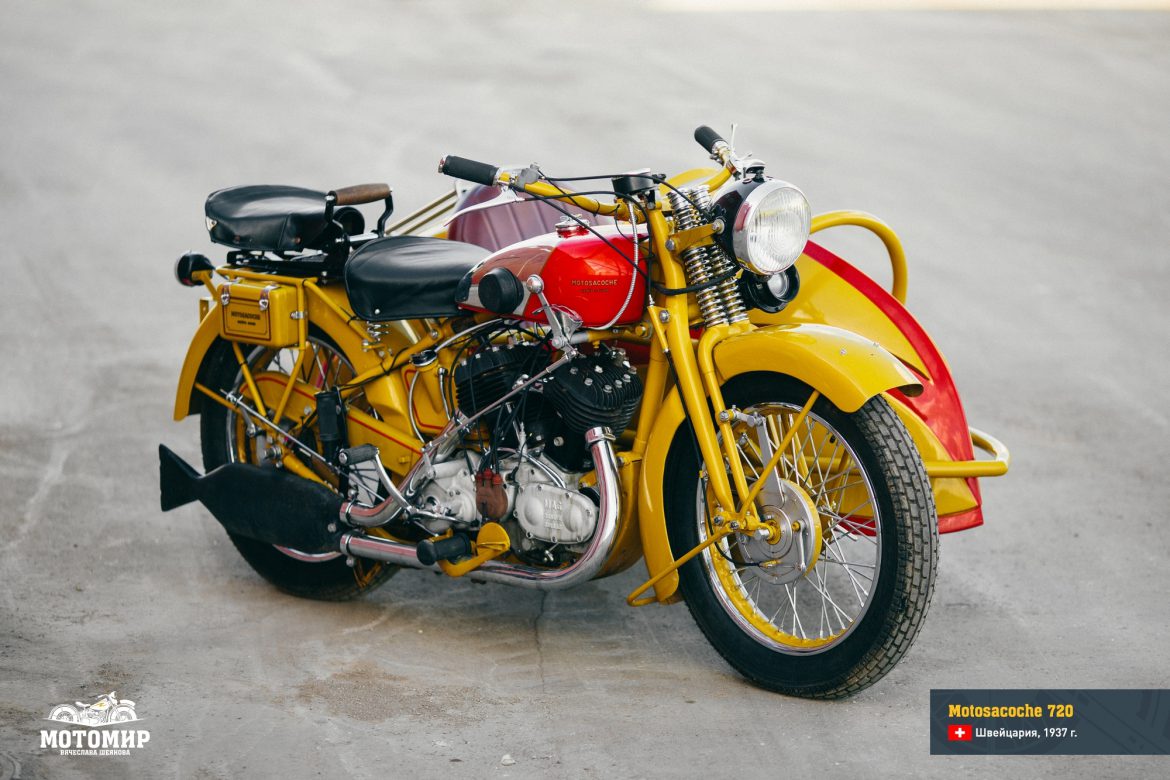 The Motosacoche company is unique in its own way – it’s the only company that had been manufacturing both high-end motorcycles and excellent engines MAG, which were widespread in almost every European country (Motosacoche was a business partner of Triumph, Royal Enfield, Imperia, Condor, etc.).

The story of the Motosacoche began when two brothers, Henri and Armand Dufaux, obtained a patent on an engine, which could be built into any motorcycle frame. The latest company’s thing was a motorcycle (model 720) equipped with an 850 cc flathead V-twin engine rating of 18 h.p.

By the early 1930s, Motosacoche bikes were equipped with drum brakes, frame-shaped petrol tanks, and other innovations of those times. The signature feature of the 720 model was a fork, which followed the form of Harley-Davidson’s fork. Bosch electrical system, Amal carburetors, a MAG engine of own design, and dozens of chrome-plated parts made the Motosacoche Type 720 Tourisme Grand Luxe a very attractive machine of a luxurious appearance.

The Great Depression killed a lot of small and medium manufacturers of bikes, and the Governments of France and Germany had gradually imposed restrictions on engines import. In the early 1930s, Triumph (a Nurenberg company) took a license for MAG engines in exchange for the provision of 250 cc two-stroke engine bikes and chassis (for engine mounting) to Switzerland. By 1936, the manufacturing of motorcycles and engines was decreased, and the production facilities were gradually crossed over to agricultural vehicles and stationary engines.

We express our gratitude to Yuri Kotelnikov, St. Petersburg, for his work on the restoration of the motorcycle.

Condition of the motorcycle before restoration.