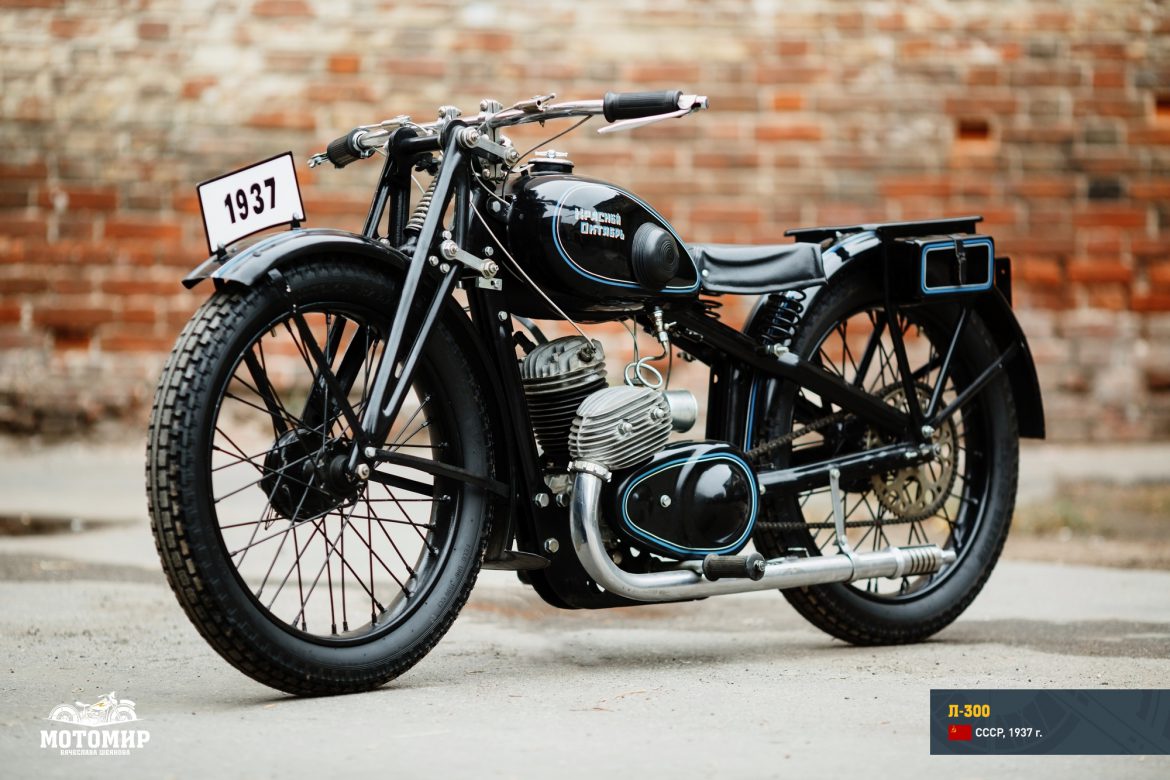 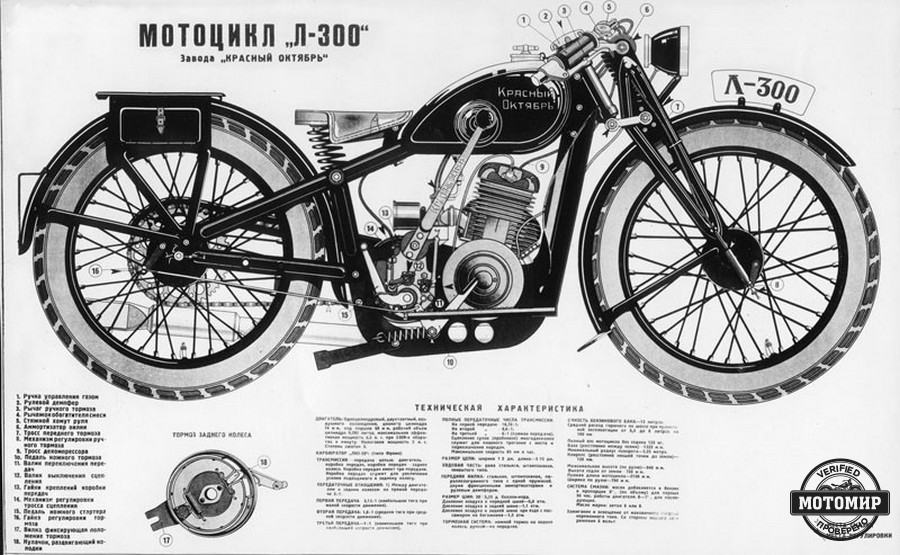 Experimental work in this field was done earlier. In 1929, several experimental models were produced at the Izhevsk Factory, but the first serial batch production was started at the Krasny Oktyabr [Red October] plant in Leningrad. 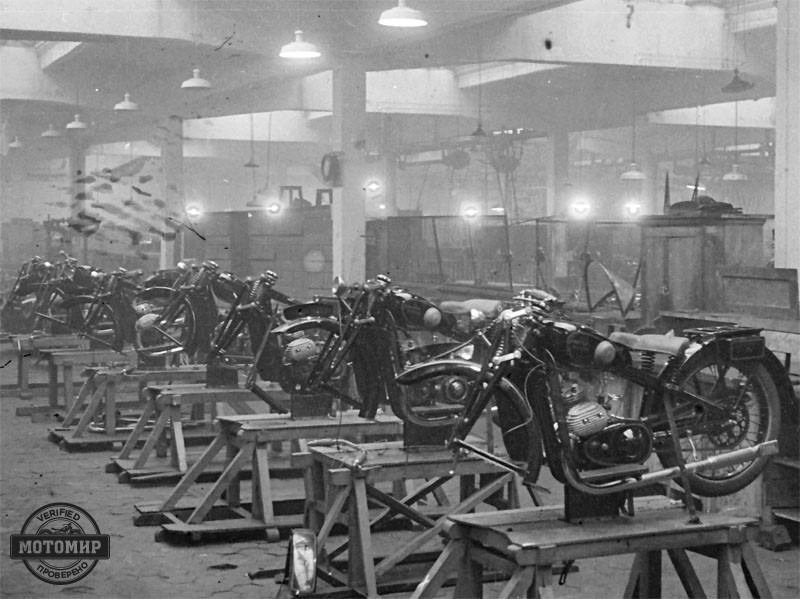 A group of engineers, leaded by Pyotr Vladimirovich Mozharov, a highly qualified engineer who conducted his experiments in Izhevsk at an earlier stage, developed the design of a new motorcycle that was named the L-300. The group of engineers included A. A. Ivanov, A. M. Luts, B. A. Ivanov, N. S. Golovin, A, G, Revkov, G. I. Gusev and V. V, Bekman.

Model L-300 got the name Krasny Oktyabr, and today it is very rare museum piece indeed. 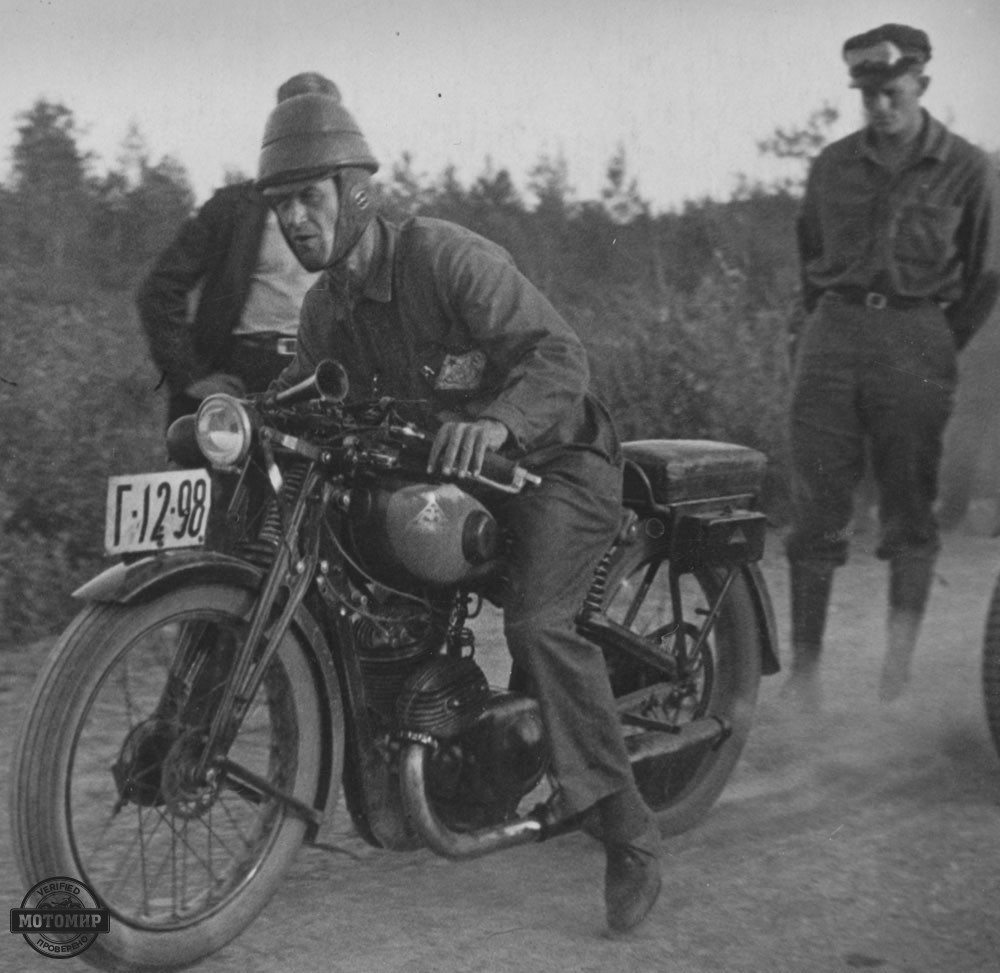 The single-cylinder 2-stroke engine of the L-300 with a capacity of 293 cc could achieve a rating of only 6-6.5 hp at 3,000 rpm. The motorcycle’s maximum speed was 75-80 km/h, it means gasoline consumption was 4-4.5 l per 100 km. The dry weight was 125 kg. Roller chains were used as an engine chain drive and rear-axle drive; they were both protected on one side by pressed fenders. A hand shift lever was installed directly on the 3-speed transmission. 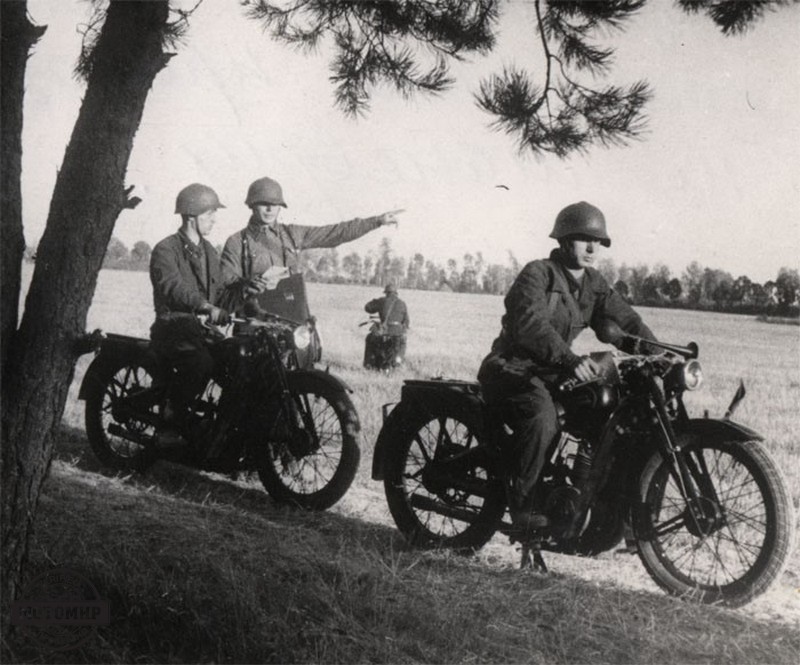 The system of electrical accessories was the least advanced. A flywheel generator had one bobbin serving the ignition, and the other two bobbins were connected to a small electrical light. The motorcycle did not have a rear light or an electrical signal. Using such a simplified setup, gave this bike the advantage of having a pretty bright light when driving at a first speed, but the lamp would quite often burn out at high torque. When changing to a higher speed, the light intensity was noticeably lower, which was, of course, quite inconvenient. 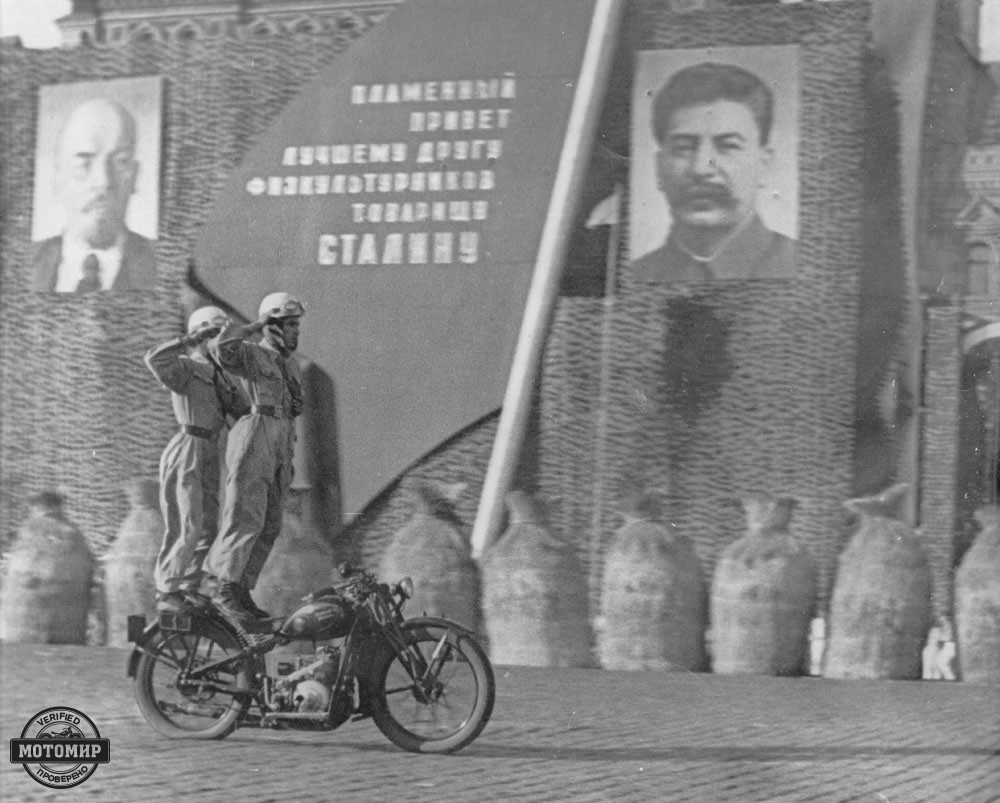 There were problems during assembly too. From start to finish, these motorcycles were assembled in stationary positions, to which all components were gradually supplied—about the same process undergoing a ship on the stock. This, however, resulted at times in many days of delays, because some components were not available at the moment. Plus the parts and components had a rather inferior quality. Most problems were related to transmission chains. Poor quality of the steel, its inaccurate thermal treatment made the chains to quickly stretch and even break. As a result, motorcycles of the same series provided quite different dynamic characteristics and a lack of stability, etc. 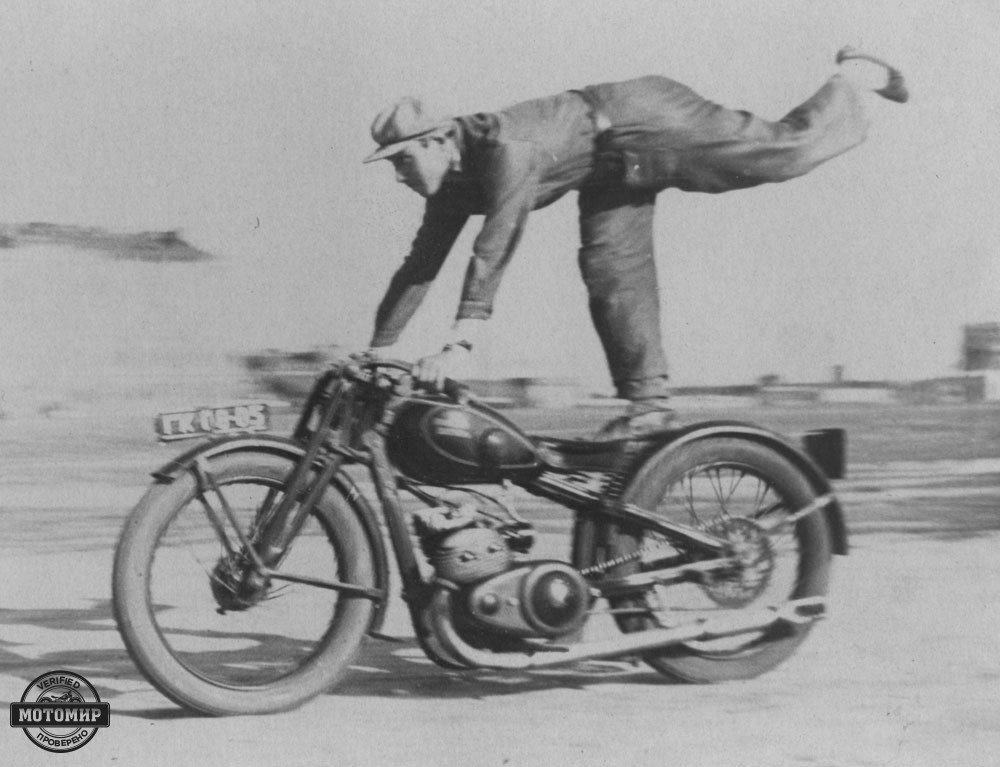 Judging from today’s level of technology, it’s easy to criticize the old models, especially the first prototypes. One should not forget, however, that at the time thousands of people got their chance to try out the motorcycle for the first time in their life. But most importantly, both regular factory workers, and designers, and process specialists could accumulate their experience that became a basis for organizing the production of later, more advanced motorcycle types.

The L-300 inspired many young people to join the racing sports clubs: before the war, this bike was widely used for road races or racing track contests, for cross-country races, record-breaking attempts, and long-distance runs over thousands of kilometers. The Krasny Oktyabr was often a winner in these contests, competing as an equal with motorcycles of non-Soviet brands.