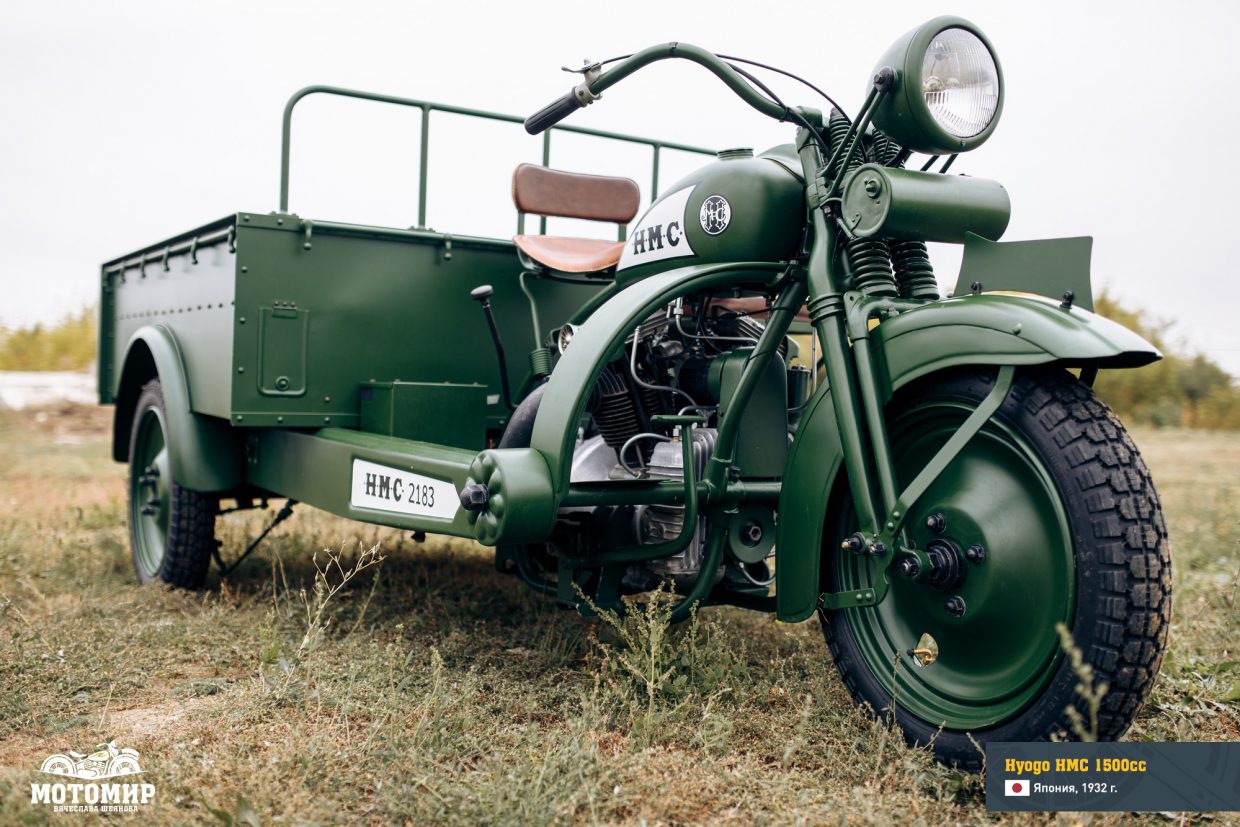 
In the mid-30s most of the countries had been preparing for the on-coming war. Four countries with the biggest armies (Germany, UK, USA, USSR) had been manufacturing trucks due they are still the most relevant military vehicles in terms of durability and carrying capacity. Italy and Japan have chosen another path. They’ve started the manufacturing of cargo trikes, which were much cheaper in production and didn’t require special skills of the driver.

By 1936 the Japanese market was flooded with various three-wheelers by different manufacturers, TOP-3 were: Daihatsu, Mazda, and New Era. Moreover, each region had its own leaders: Iwasaki and Wellby in Tokyo; Iwasaki, HMC, Tsubasa in Osaka; Mizuno in Aichi. 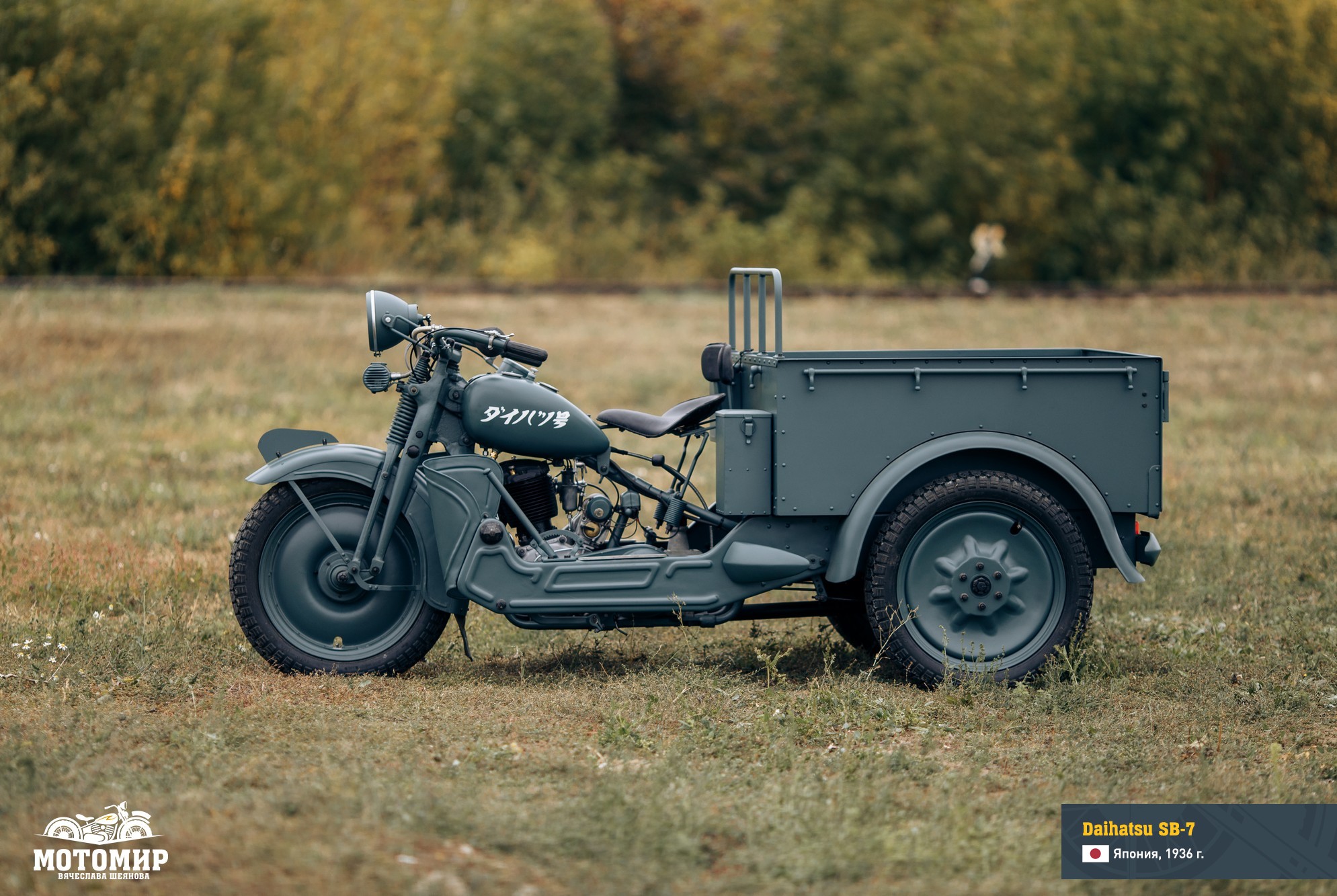 Daihatsu SB-7, 1937 from the «Motorworld by V.Sheynov» collection

The HMC company (Hyogo Motors Company) was located in Kobe (Hyogo prefecture) and had been manufacturing cargo trikes. No much is known about HMC because of the American bomb attacks in WWII which destroyed all documents. Moreover, almost every Japanese cargo trike was destroyed before the war ended, so we have only a few footprints left by those machines.

In November 1932, Hyogo Motor Manufacturing Co. signed a contract with Megro Manufacturing Co., Ltd. for the manufacturing of an engine for a small HMC three-wheeler. Megro engineers used the swiss MAG engine as a sample for their own design. In one month, in December 1932, HMC introduced a Hyogo trike equipped with a 500 cc OHV single-cylinder engine. 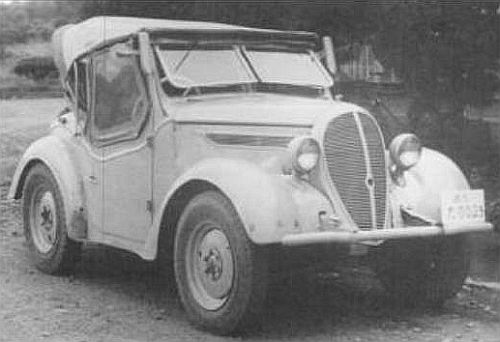 The 1932 HMC 1500 cc displayed at the museum complex «Motorworld by V. Sheyanov» was equipped with an engine identical to that used in the car Kurogane Type 95. It was a 1500 cc 4-stroke
OHV V-twin with a rating of 29 hp. The air-cooled engine had an aluminum cylinder head and a dry-sump oil system. A 3-speed gearbox was attached to the engine.

The HMC trike from the Vyacheslav Sheyanov’s collection was assembled into one machine using two donor tricycles.
Both were found in Vladivostok. They had been brought after WWII ended as a war booty

Restoration of this rare trike (engine number 16500, chassis number 25218) was delegated to Costantino Frontalini who is not only our good friend but also a crackerjack.

Let’s give him the floor:
“When we received the machine, it was in the state of disrepair or, more precisely, beyond recovery. The majority of components were missing and the remainder was worn out. The rear part of the body was completely damaged and unserviceable. Along with that, we received the fragments of another HMC cargo tricycle, which was used as a donor for the first one. The full absence of any historical documents made us perform our own investigations with assistance from collectors and the Japanese museums. We had to gather all necessary info to restore the trike as similar to the original one.

We have completely restored the body. The engine was blocked so we put a lot of effort into the repair. We found traces of the original paintwork on a piece of the chassis and suggested to paint the trike into this color. The color we found was untypical for a military machine. We think it has a civil origin. This fact is supported by a historical standpoint: many civil cargo trikes have been widely used for military purposes in order to minimize the military costs and to speed up the delivery of supplies. Those machines were left in the original state or had been repainted into the same color (but a little more blind hue was used). Seats were covered with brown leather, which was originally used in the Japanese military vehicles. We were lucky to get the documents having the logo and the HMC inscription. We have transferred the logo and inscription into digital form, restored them, and transferred onto the petrol tank and chassis”.