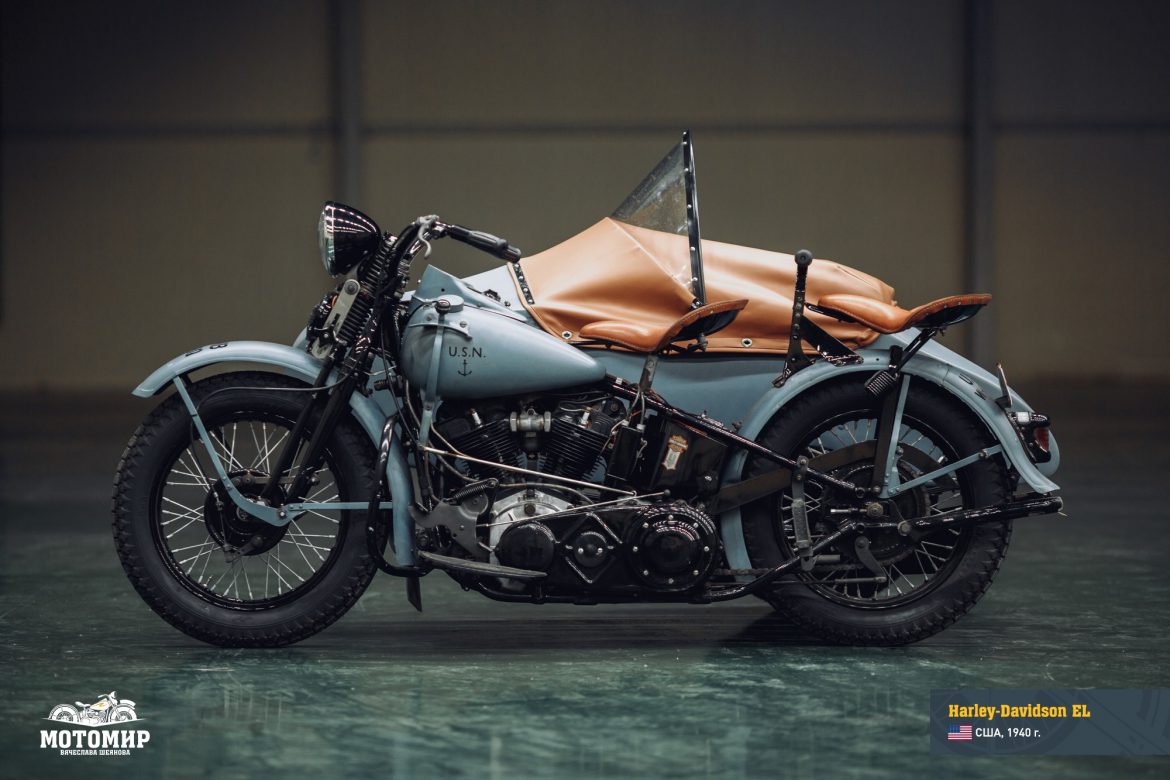 The E Series of Harley-Davidson motorcycles was launched in 1936. The motorcycle featured a new powerful 1000 cc OHV engine, which quickly earned the nickname ‘Knucklehead’ because of the shape of cylinder heads. Designed by William S. Harley and Lothar A. Doerner, the motorcycle was to replace the V Series, from which it inherited only the fenders and generator. Otherwise, it was a completely new model with a new frame. The price of the bike was announced at $380, just $40 more than the Model V, which (along with other advantages) made Harley-Davidson E successful since the beginning of sales. In the first year of production over 1,800 copies have been made!

During the first two years, the series consisted of the E model (solo motorcycle with an average level of compression), the ES model (supplied with a sidecar), and the EL model (racing motorcycle with a high level of compression and 40 hp) — all three models had a 4-speed gearbox. Oil for the dry-sump was housed in a separate U-shaped tank mounted behind the engine and was delivered to the moving parts by a check valve. The footboards were foldable, and the dashboard was integrated into the drop-shaped fuel tank.

During the first year, there were problems with the cracking of the frame, so it was reinforced. The kickstarter and oil tank were also upgraded. 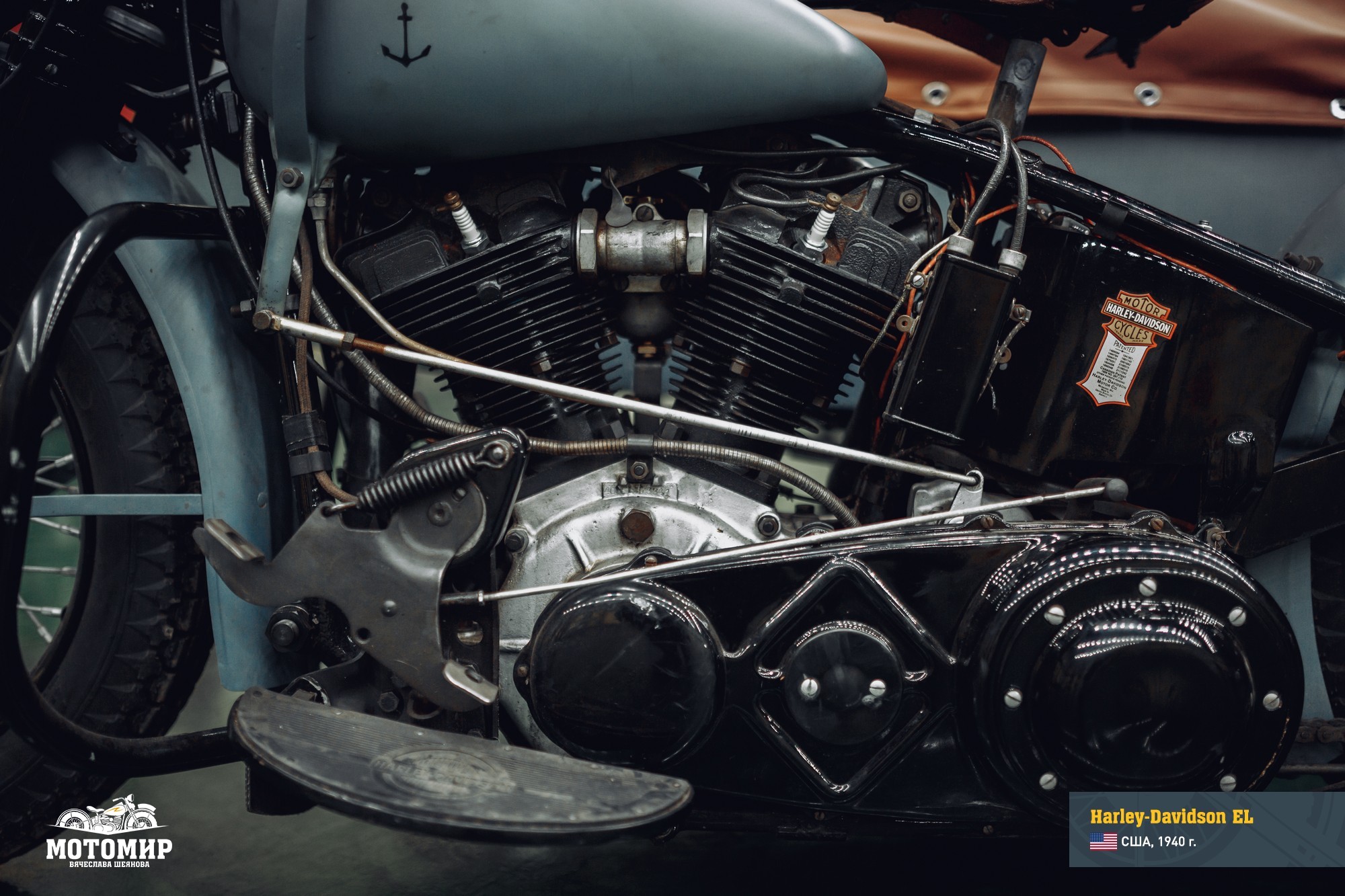 In 1938, the production of the E model was stopped, the remaining EL and ES models were further improved. For the first time, the valve mechanism was completely closed, eliminating oil loss on the road. The frame was further strengthened, the fork of the steering knuckle upgraded, and changes also affected the clutch and transmission. In addition, the height of the steering wheel was increased.

In 1939, the military got interested in this motorcycle, so a special version of the bike was developed, the ELA model (“A” in the name, as usual, referred to as “Army”). It differed from the civilian version by more practical equipment, increased clearance of mudguards, low-pressure cylinders, air purifier with oil bath, lower gear ratio, and standard army signal system.

During 1940, the motorcycle was finally standardized by the US Army. It was used in both the Army and Navy, Military Police, and Coast Guard — in both solo and sidecar versions. 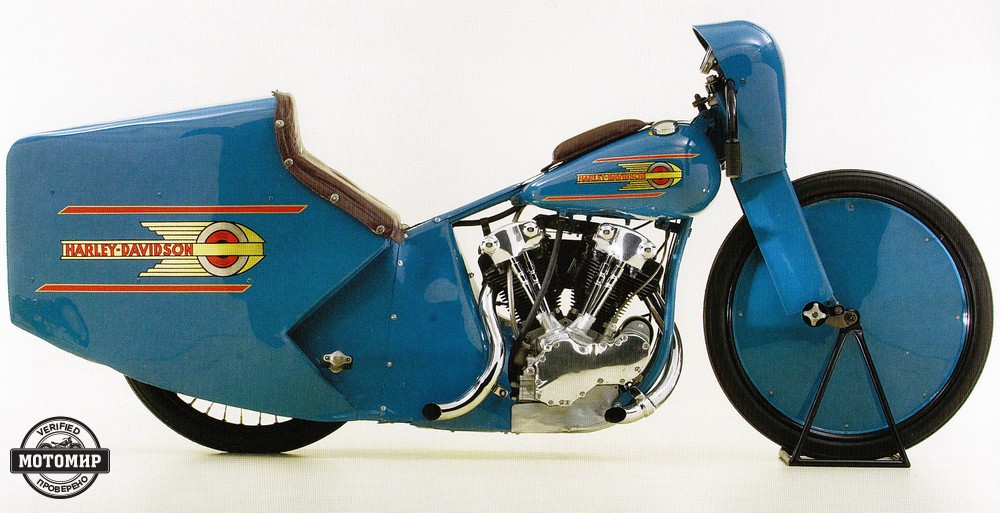 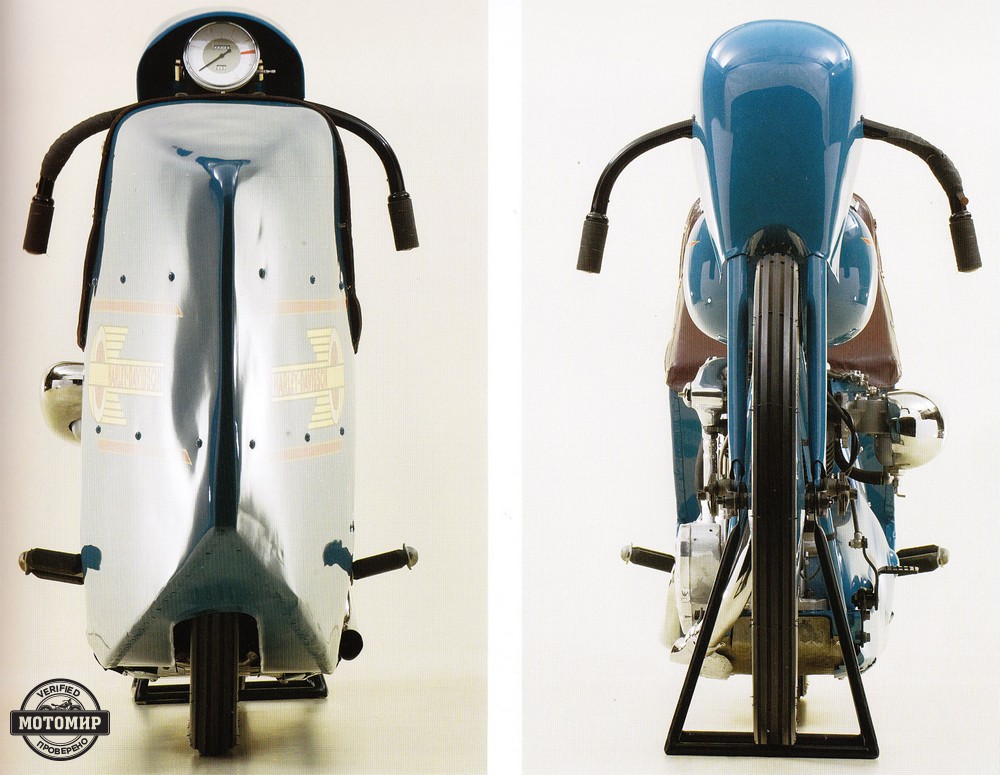 The E Series was very popular with the military and civilians, but it got the greatest attention after it set a speed record. A special version, the Model E Record Bike, was equipped with two carburetors, and a mix of alcohol and benzoyl increased the engine power to 65 hp at 5,700 rpm. Of course, the appearance of the motorcycle was drastically redesigned and the bike became a real racing vehicle! Daytona Beach in Florida was chosen as the racing site because the firm sand was perfect for record speeds. On March 13, 1937, Joe Petrali, a member of the factory’s racing team, broke the 1926 record with a 136.185 mph (219.169 km/h) and thus made the Harley-Davidson EL part of the motorcycle history. 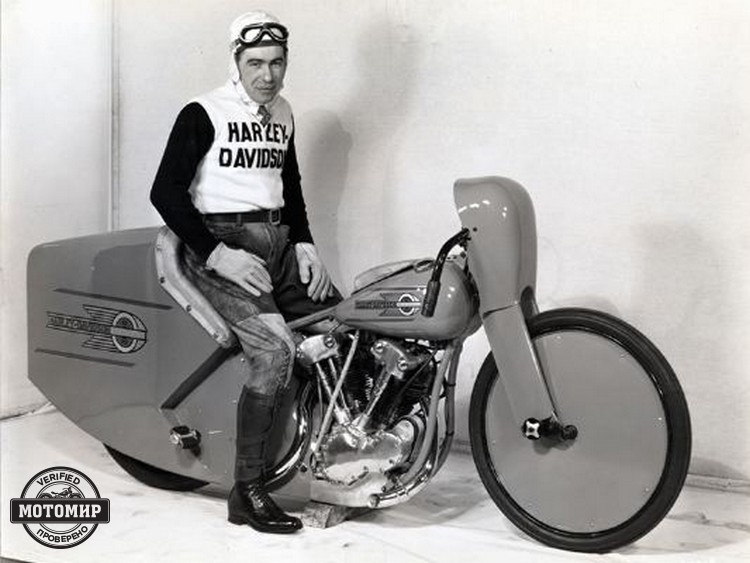 Joe Petrali with the Record Bike