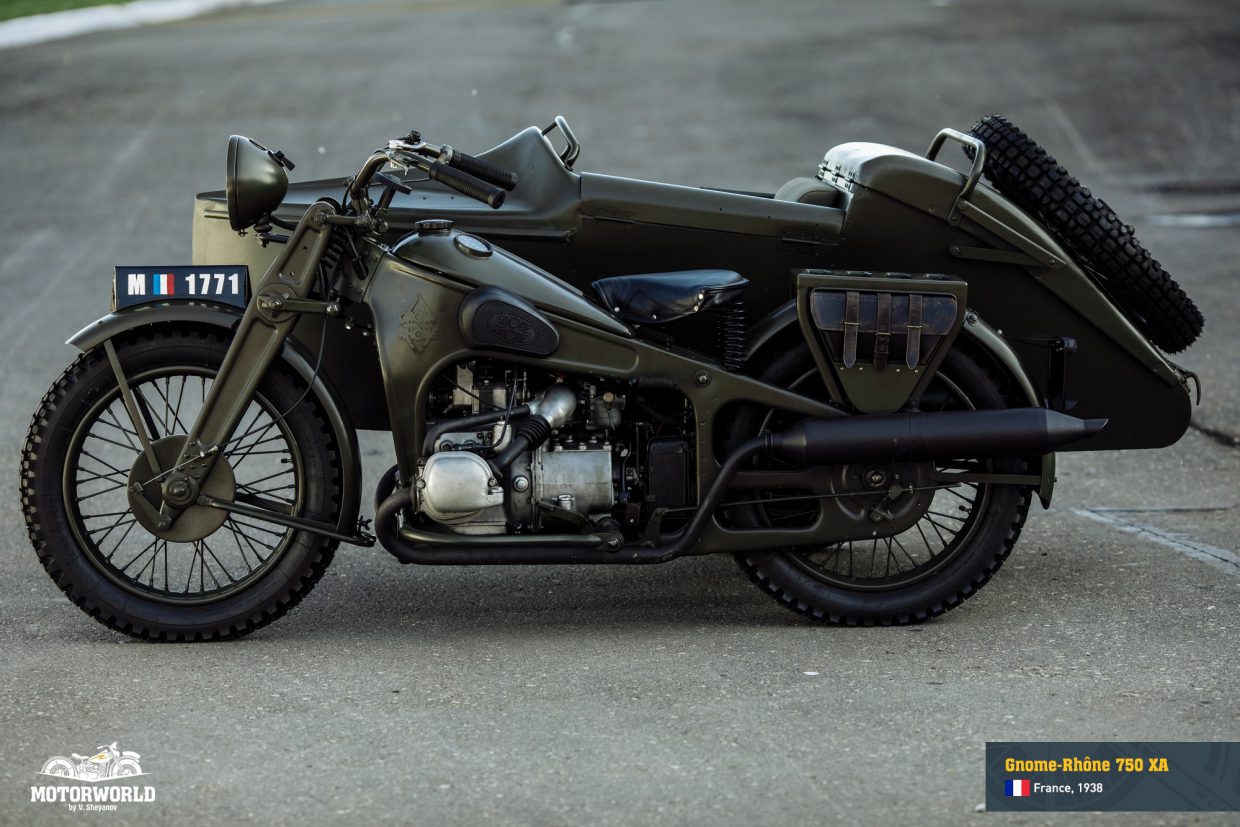 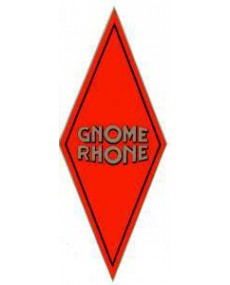 The French company Gnome et Rhone is famous for its unusual aircraft engines of an unusual star-shaped and rotary design — the crankshaft was fixed rigidly and everything else revolved around it! Despite the inherent imperfections (in particular, the extremely complex speed control, that’s why those engines often operated on the principle of ‘all or nothing’). In the early period of World War I, the Gnome et Rhone brand was the most common brand in the sky: in addition to 25,000 engines manufactured in France, about 75,000 engines were manufactured under license in Great Britain, Russia and… Germany.

After the end of the war, with a sudden drop in demand for aircraft engines, the company’s management couldn’t decide in which direction to go. Eventually, they have followed BMW’s footsteps and started a motorcycle production. But since the engineers from Gnome et Rhone didn’t have such experience, they’ve decided to buy a license from the professionals. The very first model they wanted to replicate was the ABC, designed by Granville Bradshaw. It was the first motorcycle in the world equipped with a flat engine, with the cylinders positioned across the frame. The Bradshaw’s bike didn’t have the rear-wheel-drive fixed to the shaft [Max Fritz, the core engineer from BMW, came up with this idea a few years later]. But unlike the first BMW models, both of the wheels of the ABC motorcycle had a soft suspension. 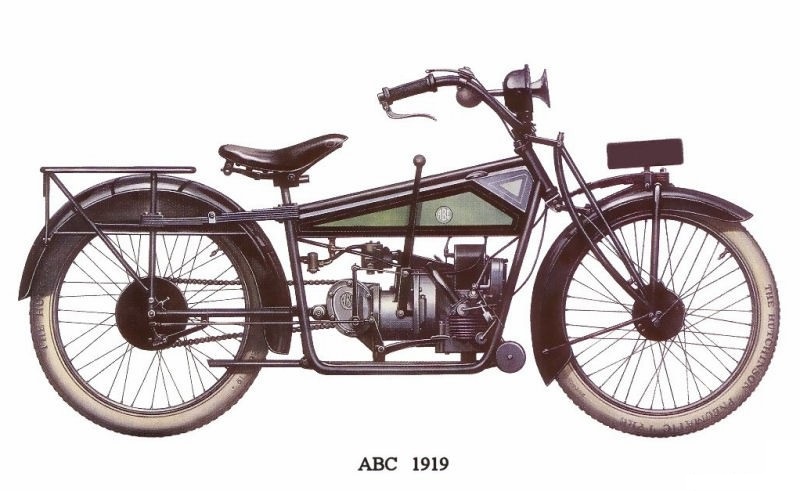 From 1920 to 1924, the company produced about 3,000 of these unusual and quite expensive bikes and then switched to more trivial models. But the love for the flat engines didn’t go away, and in 1930 the new generation of motorcycles with 500cc 2-cylinder flat engines made their debut. Their main features were: the rear-wheel-drive fixed to the shaft, stamped duplex frame, and the front parallelogram fork with powerful stamped arms.

The Gnome-Rhone 750X, presented on the Paris Salon in October 1935, became the crown jewel of the whole range. It had a 724cc 2-cylinder flat engine that produced 34 hp at 5,500 rpm. It was one of the fastest and most powerful motorcycles in the world at the time. It could achieve the speed of up to 150 km/h in solo version and 110 km/h in combination with the light Bernardet Sport sidecar. Of course, the British Brough-Superior demonstrated a better performance, but at a much greater cost.

The Gnome-Rhone engines and BMW motorcycles fitted together perfectly. Connecting rods with detachable lower heads were positioned on a crankshaft on the roller bearings. One of the camshafts was located over the crankshaft, and the original feature of the bike was the additional pusher between the cams and rods. The massive oil sump was attached to the bottom of the crankcase. The rear wheel was driven by the dry single-plate clutch, 4-speed gearbox, and shaft.

The Gnome-Rhone had a typical duplex frame made of molded elements that had something in common with the German analogs. This machine could be equipped with a sidecar because of its structural strength. It had a parallelogram front fork with stamped arms, a friction shock-absorber, and a rigid rear suspension. It’s interesting that in those days the company already understood the benefits of customizing: for example, one could order a chrome tank or headlight housing. 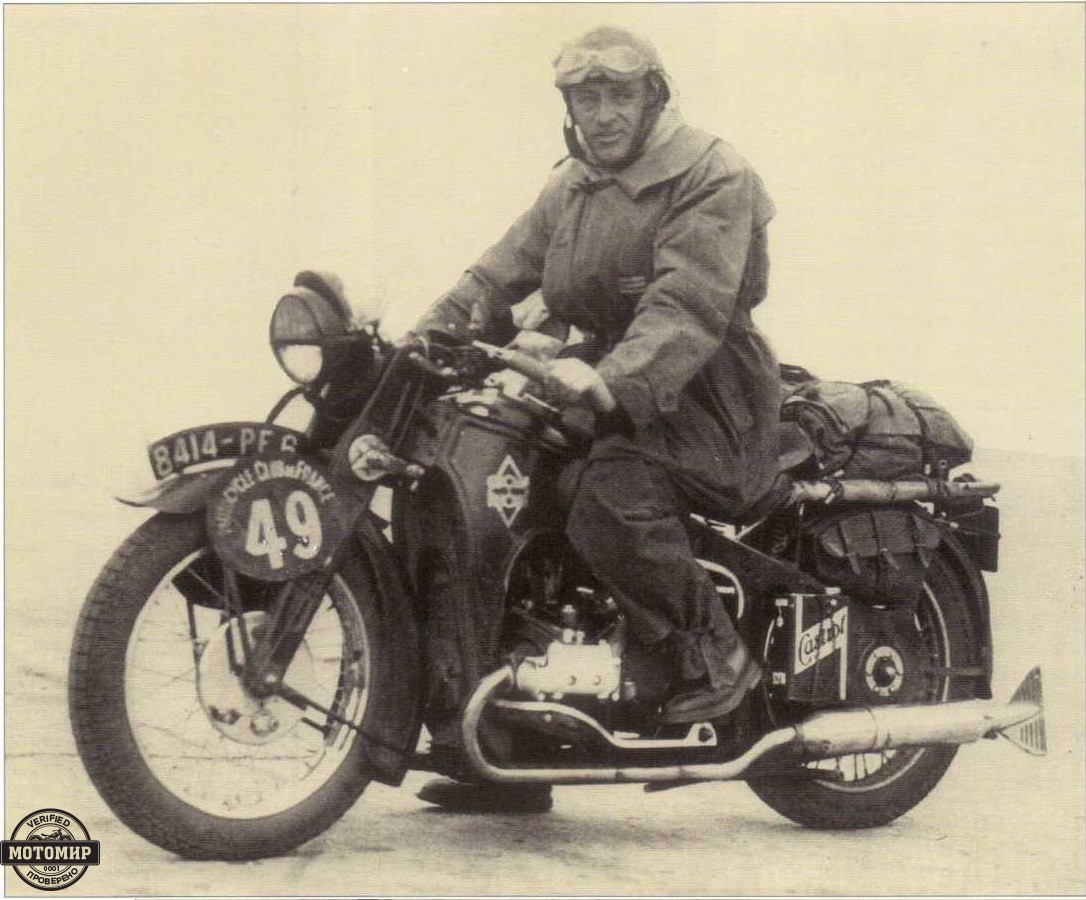 In its motorcycle commercials, the Gnome et Rhone company has always emphasized the “aircraft quality” of its products. To confirm this, the bikes participated in all kinds of distant runs and record races. Thus, on September 5th, 1936, a famous racer Bernard got behind the wheel of the Gnome-Rhone 750X (with a sidecar!) and went ahead of the Orient Express on the Budapest-Paris route, he covered 1,519 km in 23 h and 28 min. No less impressive were the other two record runs on Linas-Montlhéry Race Track in 1937-1939. Among the most remarkable records during those sessions were: the 24-hour run with an average speed of 136,563 km/h and 50,000 km with an average speed of 109,380 km/h. In total, the Gnome-Rhone 750X holds over 108 world records, some of them have not been broken to this day. 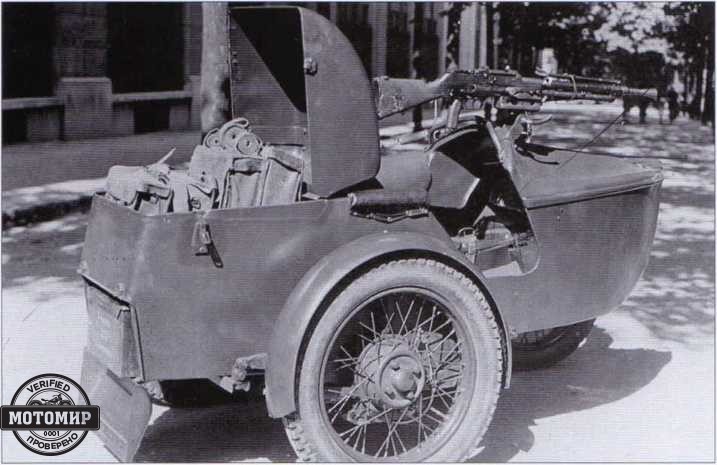 The army version of the Gnome-Rhone — model 750XA — was developed at the same time as the civilian X model. According to the contract, the company had to produce 405 copies of this motorcycle [Bernardet DP sidecar versions] until March 1st, 1936. The main difference was that the engine of this model contained one Solex carburetor instead of two AMAC carburetors — it was a big plus because now there was no need for synchronization. The Gnome-Rhone 750XA had the original system of carburetor heating: from the exhaust port, some of the gas traveled to the carb through a special pipe. In this version, the engine had a reduced power of 28 hp, but still, it remained above average rates of most military bikes of that time.

The chassis of the Gnome-Rhone 750XA was enhanced, the ground clearance was increased up to 180 mm. Instead of 3,50-19 tires, the 4,00-19 tires were installed. All three wheels, including the sidecar wheel, became interchangeable.

The army version of the bike showed its reliability during the marathon. Almost simultaneously with the debut of the civil version at the Paris Auto Show, from October 12 to 14, 1935, Lieutenant Dumas on a motorcycle with a sidecar completed a circular route of 3,000 km in three days.

All military engineers were absolutely amazed by the new generation of Belgium motorcycles with a sidecar wheel drive. On February 3, 1937, this technology received a patent number 828810. In the same year, the company produced 15 copies of Gnome-Rhone 750XA RM for testing, but this model didn’t go into serial production.

The production of a new army motorcycle Gnome-Rhone AX2 with an 800 cc flathead engine with a capacity of 18,5 hp began in 1938. The “old” overhead 750 cc engine was last used in 1942, when the Vichy government ordered a series of 50 copies for the security escort of the highest officials of the State. These motorcycles, known as Gnome-Rhone X40, were used until 1952 by the escort of Henri Pétain, Charles De Gaulle, and Vincent Auriol.

* – Data on the results of measurement on the exhibit “Motorworld by V. Sheyanov.” 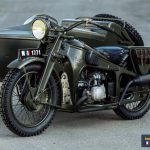 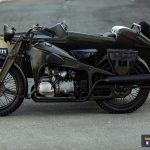 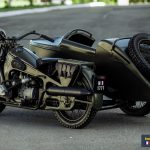 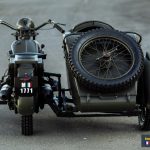 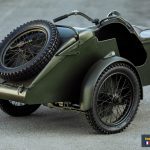 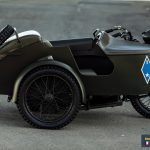 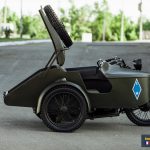 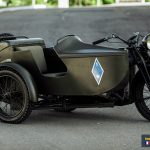 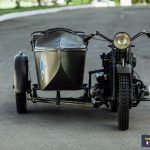 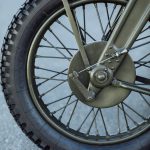 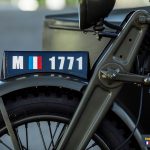 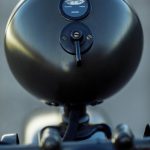 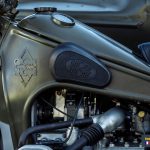 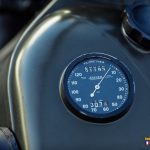 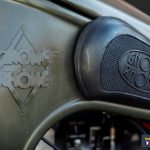 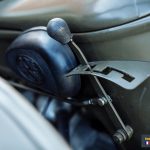 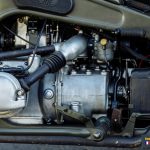 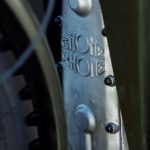 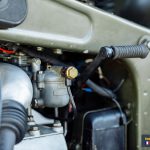 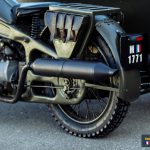 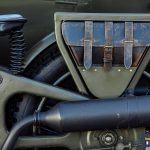 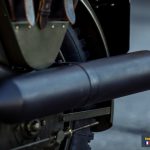 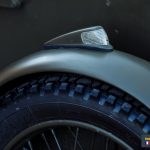 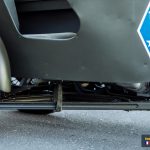 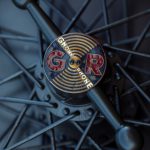