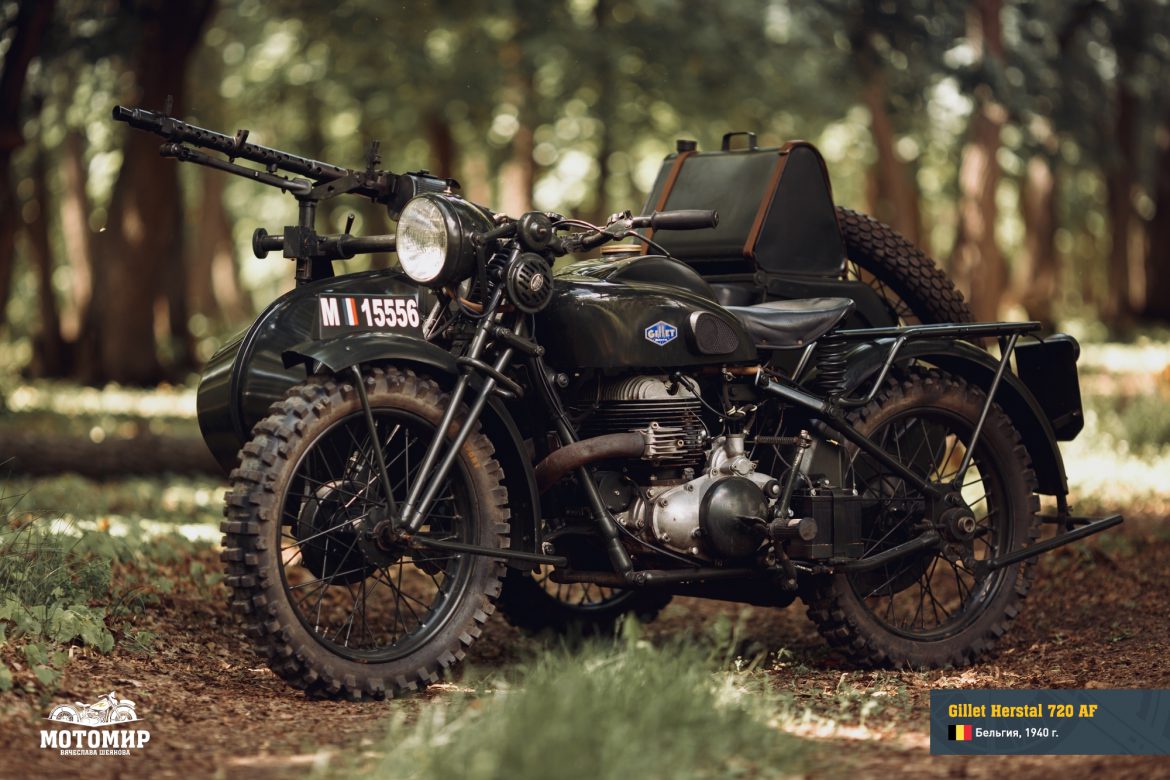 By 1939 the French army’s demand for military motorcycles increased drastically. The Societe des Moteurs Gnome motorcycle plant, which occupied lead positions on the French market in terms of manufacturing motorcycles with sidecars, could not keep up anymore with incoming orders. After testing several models of military motorcycles in Vincennes the choice was made in favor of Gillet 720 AF, a model manufactured by Ateliers Gillet, S.A. in Herstal, Belgium. 1102 copies of Gillet 720 AF machines were ordered, to be equipped, however, with a French sidecar, Bernardet Dragon-Porté.

Gillet 720 AF was outfitted with a twin-cylinder, in-line, 2-stroke, vertical-type engine, and since plant engineers had acquired enough experience in designing 2-stroke engines by that time, they chose this type of the powertrain. Engine capacity was 728 cc and engine power was 22 h.p. at 4000 rpm. A 4-speed gearbox with additional reverse gear was installed on this motorcycle. The rear wheel was driven by a chain-and-sprocket drive, and a torque shaft located inside the rear tune of the sidecar frame went from the rear-wheel center boss to the sidecar wheel.

The first batch of ordered consignment counting 50 machines was ready by May 1st, 1940, but motorcycles could not be driven, since the vendor of the sparking system components was Bosch, a German company. On May 10, 1940, Germany declared war on France, so the order was never completed.