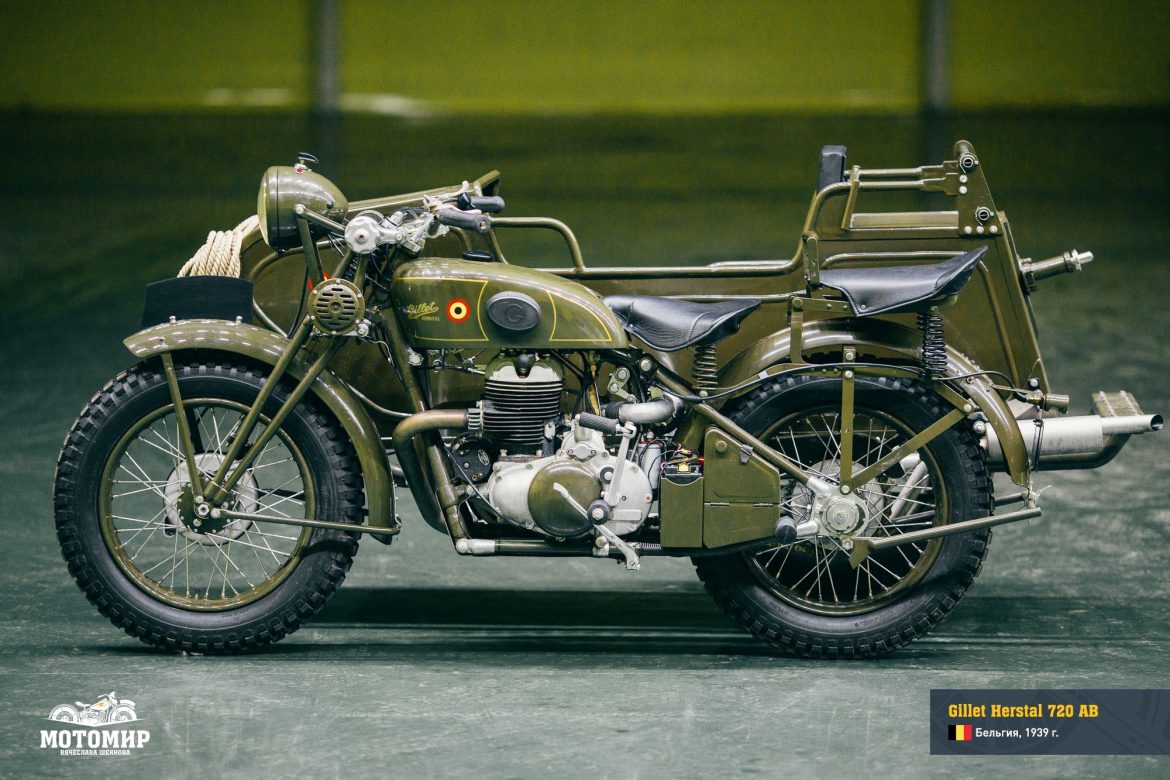 One of the leading Belgian motorcycle manufacturers was Ateliers Gillet, S.A. This company had been delivering its motorcycles to the Belgian military forces, so when in the 1930s the requirements were formulated for creating a new military all-terrain motorcycle, it got an order to design its own version. By that time, factory engineers accumulated enough experience in designing 2-stroke engines, so they chose this type of power unit for their new machine. This is how model 720 AB was developed. The sturdy demountable tubular duplex frame carried a two-stroke engine (728 cc, 22 h.p. at 4000 rpm) with two vertical parallel cylinders. The crankshaft had two toggles turned under the 180-degree angle towards one another. A 4-speed gearbox with additional reverse gear was installed in the same case with the engine on this motorcycle. The rear wheel was driven by a chain-and-sprocket drive, and a torque shaft was located inside the rear tune of the sidecar frame went from the rear-wheel center boss to the sidecar wheel. 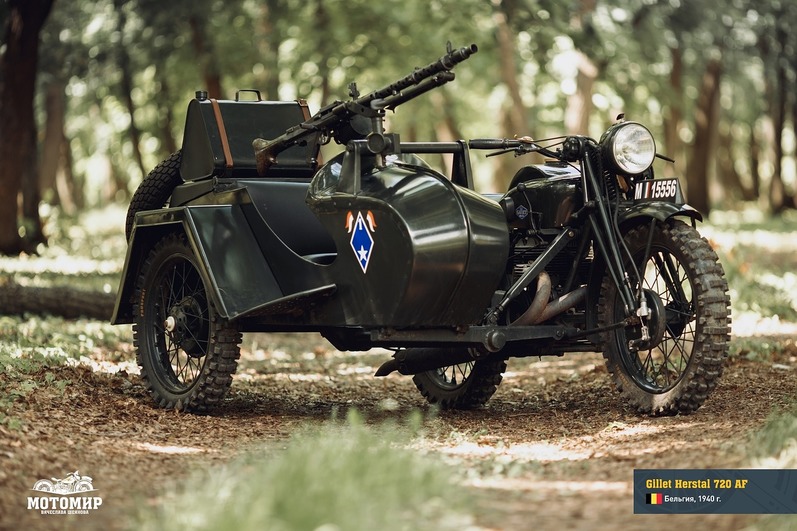 After 1936 model 720 AB went to batch production. A modification that had minimal differences with the standard version (e.g., a Bernadet sidecar was installed instead of the standard Belgian military sidecar) and was dubbed Gillet Herstal 720 AF was delivered for the French army.

In 1940, due to the German occupation of Belgium, the production of model 720 AB was terminated, all manufactured machines were taken over by the Wehrmacht and relevant operational and maintenance manuals were prepared.