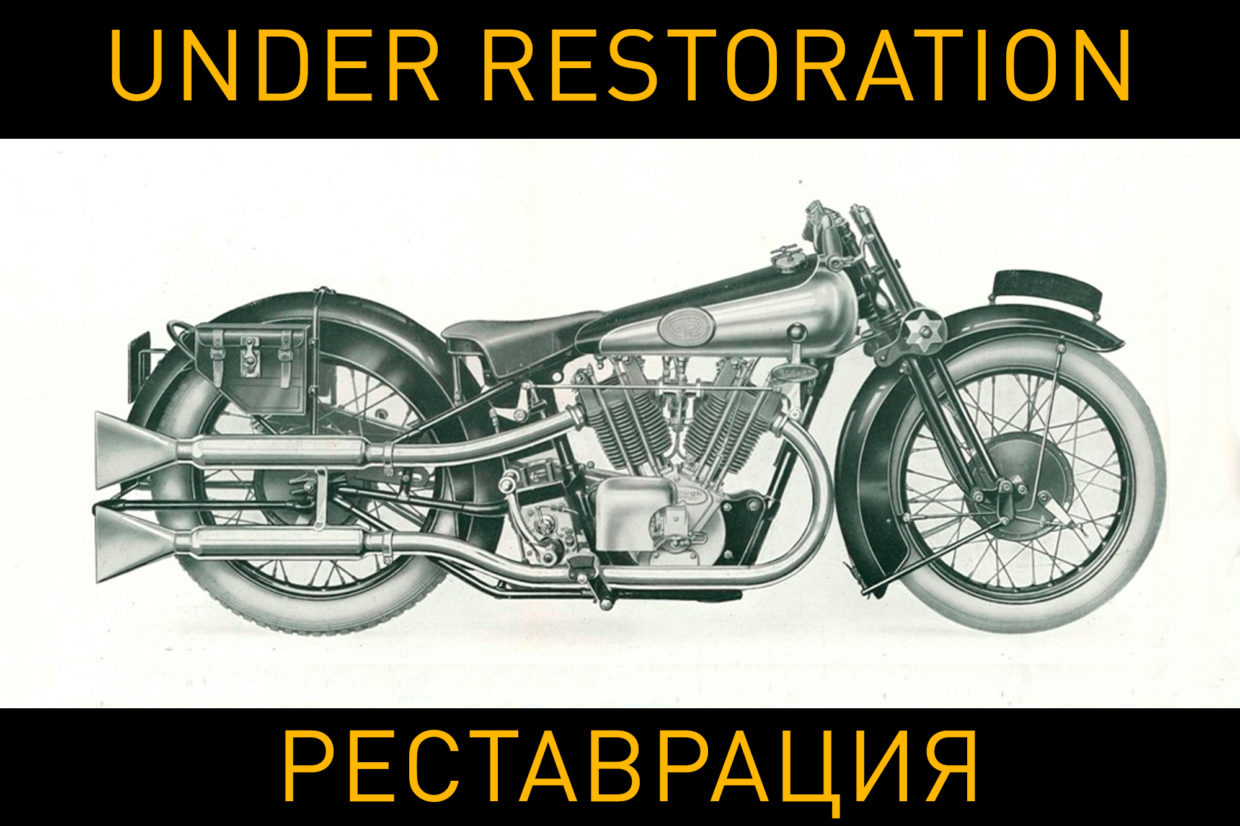 
The born of the legend.

William Edward Brough was born in 1861. He started working at the Cinderhill Colliery at a very young age. Soon he was responsible for operating and maintaining a steam engine there. While still working, he began evening engineering studies in Nottingham. William Edward Sr. married Mabel Fearn in 1884 and built a house at 10 Mandalay Street, Basford, where he moved in with his wife in 1889. A year after their marriage (in 1885), the first son was born to the Broughs, also named after his father William Edward (junior). The younger George was born in 1890.

As a young engineer, William Sr. closely followed the development of technology. Bicycles and internal combustion engines caught his attention. He believed that he could do both as well, if not even better. William founded his company W.E. Brough & Co as early as 1888, but his real business only began in 1895, when he acquired a piece of land in Old Basford, close to the railway line in Vernon Road. There he built a new house and workshop. In this workshop, in 1898, he built his first motor vehicle (a car), powered by a 3 ½ HP DeDion engine, with belt final drive. Another vehicle William built the same year. It was a tricycle also with a DeDion engine (2 ½ HP). All this happened in his spare time, after hours in colliery. Only when he became convinced that he could actually build a working motor vehicle himself, did William leave the mine to start the business on his own.

W.E. Brough & Co activity was production of bicycles and cycle and motor components. He built his first motorcycle in 1902. The motorcycle had a strengthened bicycle frame with an engine fitted ahead of the front down-tube – soon moved behind the down-tube, to a central position. His first motorcycle with a two-cylinder V-engine went on sale in 1910. All his motorcycles were single speed belt drive.

Meanwhile, William Sr.’s and Mabel’s sons grew up. The eldest William Edward Jr., however, showed no interest in his father’s passion and at the age of 20 began working in a shipyard, building ships. Meanwhile, George was completely engrossed in the motorcycles his father adored. He took his first ride at the age of 10, when he stole a Werner motorcycle from his father’s workshop at night. Hes first long distance trial took place in 1909. It was then that the father, William Sr. entered his older son, William Junior on a Brough motorcycle, for the “Land’s End to John o ‘Groats”  race. Sixteen-year-old George was not happy with it and demanded that he also should take part in the race. Father agreed and prepared an older motorcycle for Georg. William Junior won by covering the distance of 1,407 km in the assumed time of six days. Georg spent as much as  nine days to complete it, but he didn’t give up.

A year later, George had the opportunity to rehabilitate himself after such an unsuccessful debut. He competed in the MCC London – Edinburgh – London race on one of his father’s latest machine and brought home the first prize! He repeated his success the following year. According to the rules of the race, for the third consecutive victory, the cup would be his to keep. The club did not want to let this happen, so seventy secret time checks were set up on the way to Edinburg and seventy on the way back to London.  It was to no avail, as all measurements showed that George’s total time error  did not exceed  10-seconds over the 24-hours tour! The cup was his forever!

From then on, George was often winning  on motorbikes built by his father. George began to like the V2 engines, while his father, William Edward Sr., leaned more towards the longitudinal flat twin (boxer). Encouraged by the success of such engines, in 1915, William Sr. stopped producing singles and the so-liked by Georg V2 engines.

Inventive George did not find his father understanding. In 1916, in protest, he left the family business and joined the White and Poppe aviation company in Coventry. Thanks to his merits, despite the ongoing world war, George had unlimited access to gasoline. Still dreaming of building the perfect bike, George Brough used his free time and access to gasoline to test motorcycles built by competitors that were then available. During this period, he bought and tested around 34 different motorcycles!

At the end of the war in France, George met Percy Mayo, a weapons designer and family member who owned the Coventry Eagle motorcycle company. Both enthusiasts were totally absorbed by idea of building a perfect motorcycle. As it happens between designers, the conversations were accompanied by sketches and drawings. Percy’s nephew Douglas Mayo later claimed that almost the entire motorcycle was made by his uncle. Unfortunately, Percy and George broke up after not getting along on business matters. George never later admitted or even mentioned that his famous construction was essentially a joint work between him and Percy.

Returning to the family business after the war, George did not convince his father of his innovations. William Edward Sr., although he did not share his son’s vision, provided George with access to a garage near the family property at Stockhill House, Basford, where he would develop and produce his machines. He seconded to him Ike Webb as an assistant, who had just returned to civilian life and resumed his work at Brough Motors.

The works have started and the moment has come to think about the name of the motorcycle that is being built in the family garage. It was a frequent topic of conversation between George and his friends at a local pub. Once upon a time these conversations were heard by a random pub visitor named Bob Blay. He listened as George explained to his friends that his motorcycles would be much more perfect, even brilliant and so much superior, but the name Brough had already been taken by his father. Hearing this, Bob Blay not asked finally says, “If it is so superior, why not name it the Brough Superior”? George immediately found the name to be excellent. When Wiliam Sr. learned about it, he sarcastically commented that if Georg’s bikes are called “Superior”, then his probably should be called “Inferior”.

The first motorcycle built by Georg was ready in 1919. As previously announced in the press, his goal was to build a super-fast machine with a large capacity, for solo driving (without a sidecar). The official presentation took place in 1920. The motorcycle was a combination of a various different parts from different manufacturers, but those parts were well selected and modified to fit together and to create an ideal solo machine, a “superior” bike. The rounded, nickel-plated, saddle tank and the V2 engine with a capacity of 980 cm3 attracted attention. It had a heavily modified JAP power unit. As indicated by the numbering of the surviving engines, the JAP power unit of the first Brough Superior was built by JAP in 1914.

The first Brough Superior  caused a real sensation. Within first 48 hours of the press release, he received a 20 checks from people willing to become owners of his motorbikes! With a hefty sum of money in his hands from customers, George, knowing he would not be able to produce motorcycles  in the family garage, purchased land in Haydn Road and built his new factory there. The new production site  went into full operation in April 1921. At the same time, George severed relation with his father and his inheritance. He started his own way. His excellent motorcycles quickly earned the nickname of Rolls Royce of motorcycles.

After the famous SS80 introduced in 1924 and the even more famous, the SS100, introduced in 1926, the new and smaller model OHV 680 presented at Olympia in 1926  went to production in 1927. The OHV 680 was described by George as the miniature SS100. The bike did indeed look like a scaled down SS100 when placed side by side with bigger brother. Thanks to that scaling, the new Brough Superior kept proper proportion and alone did not look any smaller.  The seat height was only 660 mm. It was powered by a brand new 680cc JAP overhead valve engine developed from side valve one. 56” wheelbase, 2 ½ gallons fuel tank and 80 m.p.h.  It costed only a 2/3 of the SS100 price, giving the same precision and not much less joy. On the top of total price of 100£, for an addition 10£ the buyer could have an electric light and horn.

The bike handled outstandingly well, giving the rider a feeling of safety and comfort in the same time. Riders usually were pointing out an unusual smoothness of the engine.

In 1931 the OHV 680 engine has been slightly modified. A new rocker gear was enclosed.

On the beginning of 1928, a randomly selected OHV 680 engine was subjected to a severe test at the JAP production site in Tottenham. The test was assisted by an independent observer. The engine was run for totally 50 hours in several tests (to 10 hour tests and six 5 hour tests). The throttle of the Binks carburetor was half open – which gave the engine speed of 3000 rpm. This was an equivalent to 3000 miles at 55 m.p.h road speed with a sidecar. The compression ratio was 5,5. Measured fuel consumption 4,35 l/100km. After the test the engine was fully disassembled and inspected. No wear was noted on any engine parts. No carbon deposit found inside combustion chambers or ports. Very little carbon was found on the pistons. After inspection the engine was reassembled and road tested.

Thanks to those features the OHV 680 model was very popular amongst other Brough Superior models, but still equipped with a rigid frame. This is why at some point decided to install OHV 680 engine in a spring frame (with a read suspension on a triangle swinging arm) and combine with several other distinctive features. Such combination was called  a Black Alpine 680 and introduced in 1929.

Back in the 20’s the overhead valves were a sign of modernity, so some riders still preferred a side valves versions. Due to that, a side valve version of OHV 680 became available with the end of the 1926.

During the first full year of production as much as 144 motorcycles was sold. A low price made sales of OHV 680 an instant success reflected in the 547 overhead 680’s being built, second only to the JAP powered SS80. apparently the biggest selling feature was it’s extremely good look. This was one of George Brough’s greatest talents. He knew how to build an impressive motorcycle, how to balance perfect proportion. This was something that his competitors could not match.

The production ceased in 1936.  127 examples are known to have survived to these days.

* – Data based on the results of the measurement on the exhibit of “Motorworld by Vyacheslav Sheyanov”.