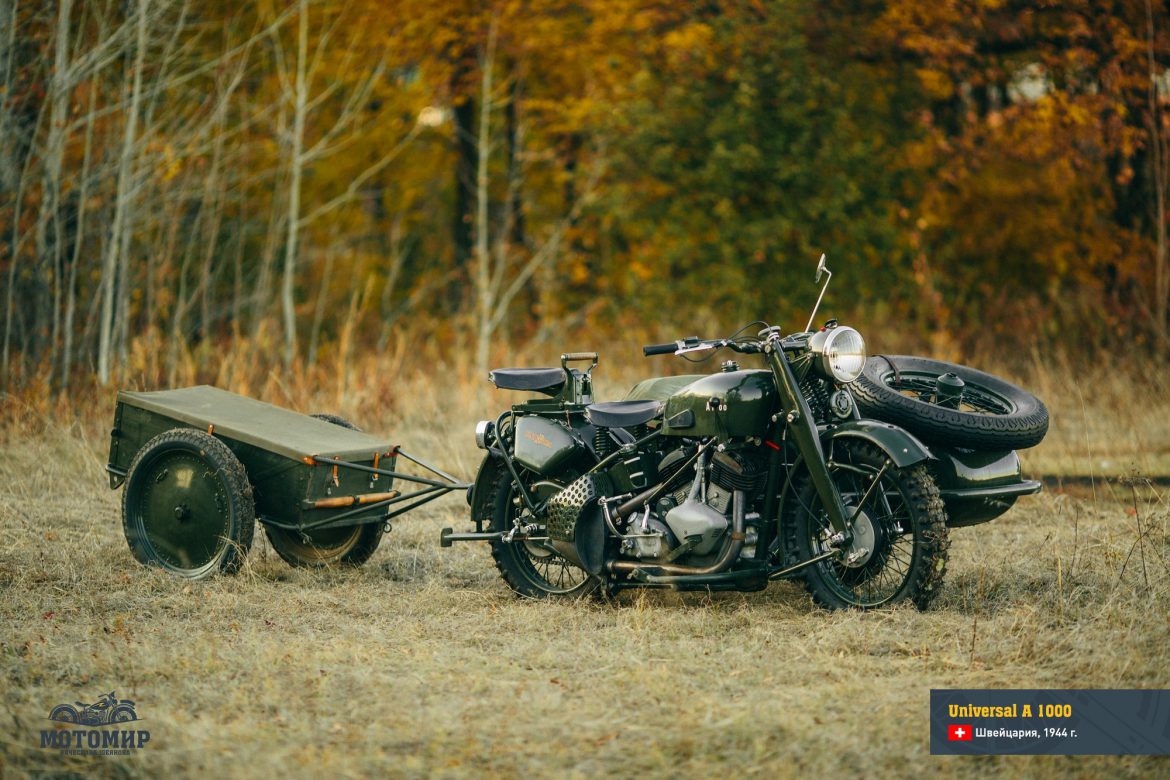 Switzerland remained a neutral country during World War I, but 450,000 professional soldiers were ready to fight just in case. It was one of the best-equipped armies in Europe. For the motorization of the Swiss infantry responded 3 Swiss motorcycle plants: Condor, Motosacoche, and Universal.

After the war ended, the number of mobilized soldiers dropped by a factor of 10, but the armed forces were still betting on high-level weapons. In the mid-30s Swiss had started worrying about their own security because Hitler came to power.

The Swiss did not want to fight. Local intellectuals came up with defenses against Nazism inside their own country with the help of “Spiritual Defense” – the propaganda of the traditional values of Switzerland (equality, tolerance, multi-party system) and the wealth of culture. In the case of war, it was planned to destroy all mountain roads and start guerrilla warfare to make the capture of Switzerland too expensive and complex. But the only “spiritual war” was not enough – one tank regiment of the Germans had at least three times more tanks than the entire Swiss army.

Universal was the third company in the list of Swiss motorcycle manufacturers following Motosacoche and Condor but had been able to design the best Swiss military motorcycle.

Universal had been established in Lucerne and specialized in producing heavy-duty motorcycles for the Swiss army. The best one was the Universal A 1000 model with a 990-cc, V-twin engine.

A 3-speed gearbox with a hand-gear lever was reliable with a well-designed ratio. Traditional for the end-30s front fork of parallelogram type and rigid frame were used on the A1000 model. A sidecar a spare wheel mounted at the front was installed on the left side of the motorcycle sidecar. There was only one imperfection – no sidecar wheel drive.

We would like to extend our gratitude for restoring this motorcycle to Condor Workshop and especially to Dominik Giger (2829 Vermes, Haut du Village, condorella@bluewin.ch).