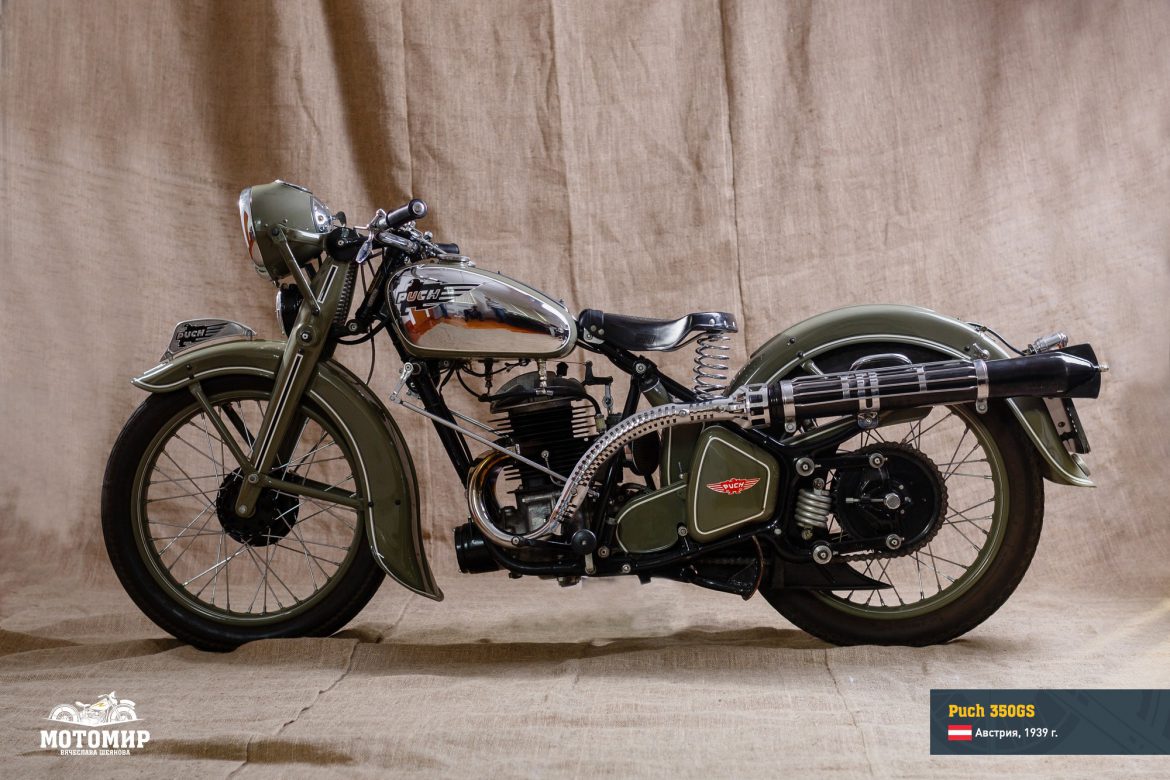 
1938, the Steyr-Daimler-Puch AG concern started the production of the Puch 350GS motorcycle (letters GS in the model’s name meant Geländesport, i.e. “off-road racing”). In fact, it was the world’s first mass-produced enduro. It came with a tubular duplex frame and the McPherson (or candle) suspension of the rear wheel. A raised exhaust pipe was a distinctive feature of this bike. Giovanni Marcellino designed the engine for this motorcycle: a longitudinal U-shape cylinder and pistons with separate connecting rods. The transmission layout was copied from the previous models of the brand: longitudinal crankshaft, conical motor gearing, 4-speed gearbox, and rear-wheel clutch hub. The initial version of the engine had the cylinders of different diameters (48 and 55 mm) and could and could achieve 14 hp, but since 1939 a simplified version with cylinders of equal diameter (51.5 mm), which developed 12 hp, went into serial production.

Puch 350GS was the last machine designed by Giovanni Marcellino: he left the country after the Anschluss (Germany’s takeover of Austria in 1938). But 350GS could not emigrate, so it was called to serve the occupiers: a considerable number of these machines joined the Wehrmacht troops during the Second World War. By order of the army, the Puch 350GS motorcycles were also made in a simplified version: with a rigid suspension of the rear wheel and the lower positioned exhaust pipe.