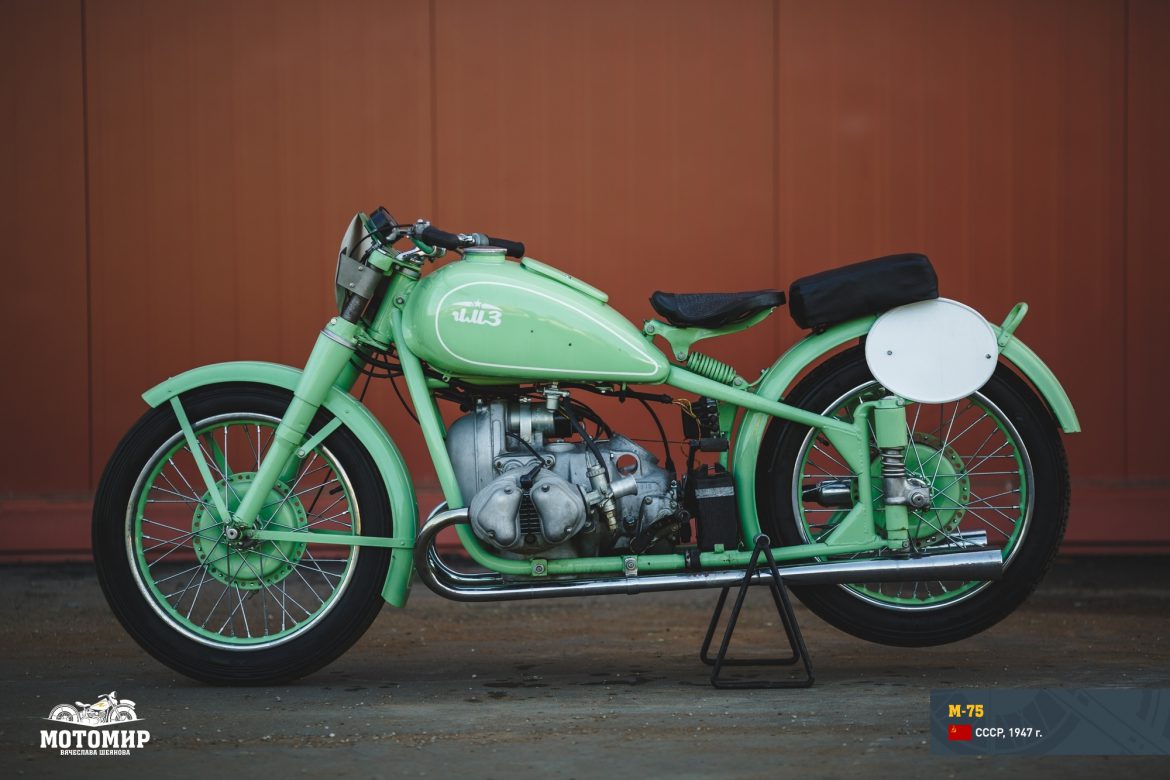 
During WWII the Moscow Motorcycle Plant was evacuated to Irbit where many different types of motorcycles were produced at the time, and the IMZ M-75 was one of them. This experimental model was made in racing and road versions, being a prototype of the serially manufactured M-72.

However, the engine was overheating very often, which made the two-bearing crankshaft to crack; also the flange would fail, with which the cylinder was affixed to the crankcase. Plant workers knew of these flaws and they were trying hard to fix them.

It is difficult to figure out today what may have been the goal for the IMZ designers in 1943. Maybe they need to create a more powerful machine for the military was their main idea during the war years, or they may have the second-tier ideas about the motorcycle’s possible use as a sports vehicle (please read the Aleksei Popov’s article «Sports Motorcycles Using the Horizontally-Opposed Layout» for more detail). Outside of its military use, the M-75 could have become, in the minds of its developers, a great civil machine. The OHV engine significantly widened the operational capabilities of the machine.

In the first post-war years, the work on improving this model was continued. The M-75 was prepared for its launch to serial production. According to the classification of that time, OHV machines were called sports vehicles, and their light-weight boosted versions were intended for competitions and called racing bikes.

The road version of the M-75 didn’t go for mass production, so all that subsequent work was done for the purpose of its sports applications.