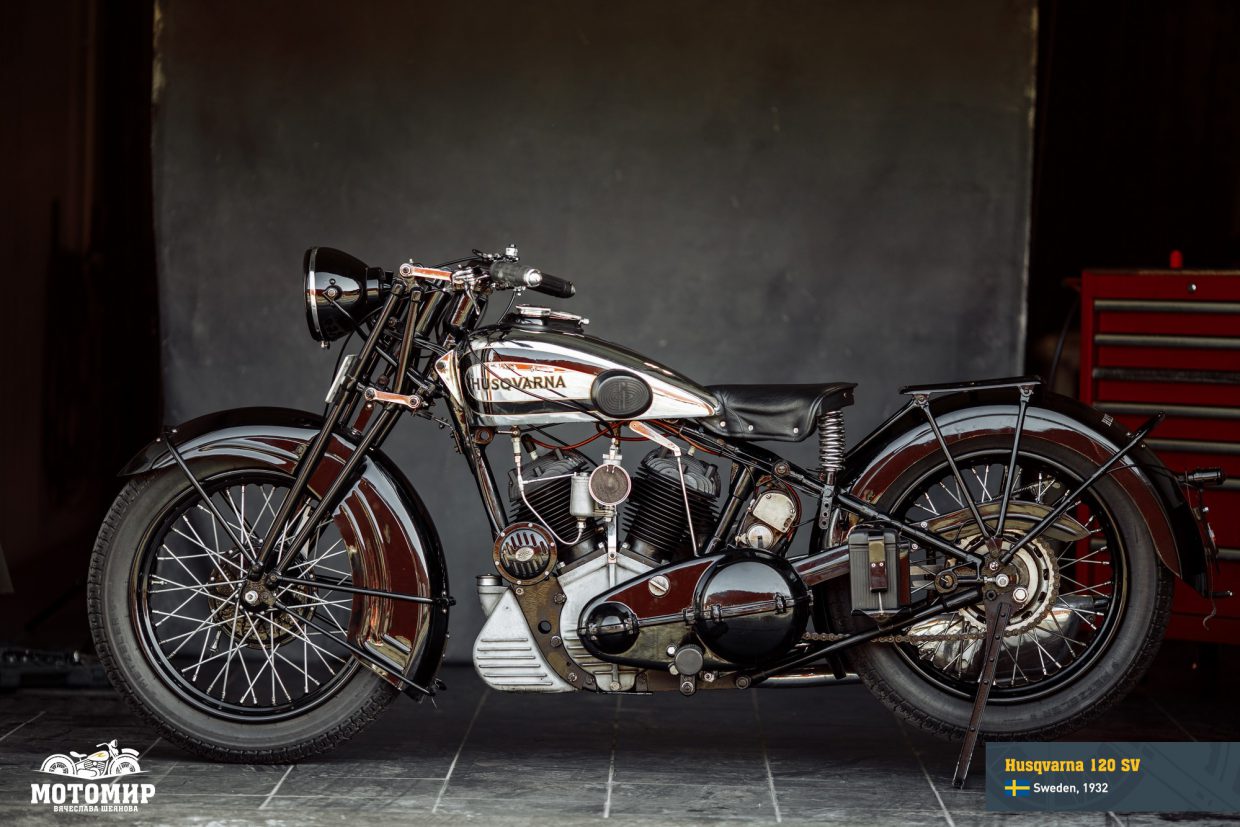 
The history of Husqvarna is often compared to a British company B.S.A. Both of them were founded as weapons companies. Both of them started the manufacturing of bicycles in the latter half of the 19-the century, equipped a bicycle with an engine at the beginning of the 20th century, and after all, both companies became the major manufacturers of motorcycles in their countries.

And another common denominator: both of them were founded for war with Russia. The British Small Arms company was founded in Birmingham to make rifles for the Crimean War in the middle of the 19-th century. The Royal Weapons Company, founded in 1689 in Huskvarna city, was supplying muskets to the Army of Karl XII.

But weapons are seasonal goods – no war no gain. That’s why Husqvarna Vapenfabrik AB, which got this name in 1867, started manufacturing non-war items. Nowadays we can easily find chain saws, lawn-mowers, cultivators, and motorcycles in the companies product list. Even though Swedish Husqvarna bikes are now being manufactured in Austria… 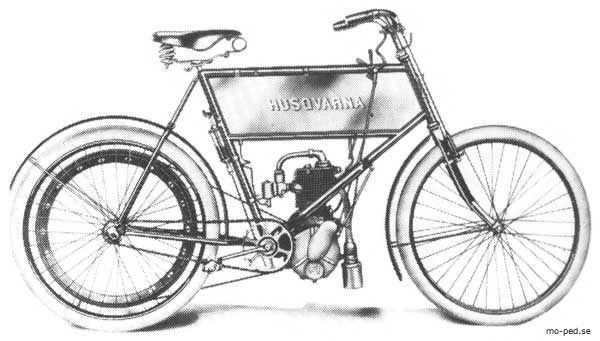 But let’s talk about good times when Swedish stuff was produced in Sweden. The very first Husqvarna bike was built in 1903 and in fact, it was just a bicycle with a small single-cylinder engine attached to the frame. The engine was made by FN, a Belgian weapons company. True success had come only several years later when Husqvarna started the manufacture of a 500cc V-twin motorcycle with an engine made by Moto-Reve (a Swiss company). We must say that Russian bikes manufactured by the Duks company were also equipped with Moto-Reve engines.

Although neither Sweden nor Switzerland wasn’t involved in World War I, the delivery of engines through Europe was unavailable. So Husqvarna engineers decided to make their own engine from a scratch. The engineers had borrowed some parts from Moto-Reve, something from Harley-Davidson and a lot of from Indian, which was the most advanced engine of those days.

A 500 cc flathead V-twin with a power of 11 h.p. was made with cast-iron cylinders with nonremovable heads and a magneto ignition system. The machine used a chain drive, a hand shifted three-speed gearbox, and a foot-operated clutch which was typical for American bikes of those days. It should be noted that the climate of northern Europe and Russia made engineers to use American designs and margins of safety. Even Volvo has some signs of American engineering school influence.

The manufacturing of its own designed V-twin engines was started by Husqvarna in 1919. For the next 10 years, V-twin had become the basis of Husqvarna’s lineup, although the design of the engine, chassis, and electric components were renewing every year. The engine rating was increased up to 15 h.p., but the displacement remained the same (550 cc).

In the late-20s Husqvarna decided to wide the lineup. The 1930 catalog contained nine models but only one 550 cc V-twin was equipped with an engine designed by Husqvarna. All other models were equipped with single-cylinder engines made by British companies. Gradually, foreign engines were replaced by their own ones. A 500 cc single-cylinder engine designed by Husqvarna in the 1930s was so good that motorcycles equipped with this engine had been winning motocross competitions until the early 1960s. 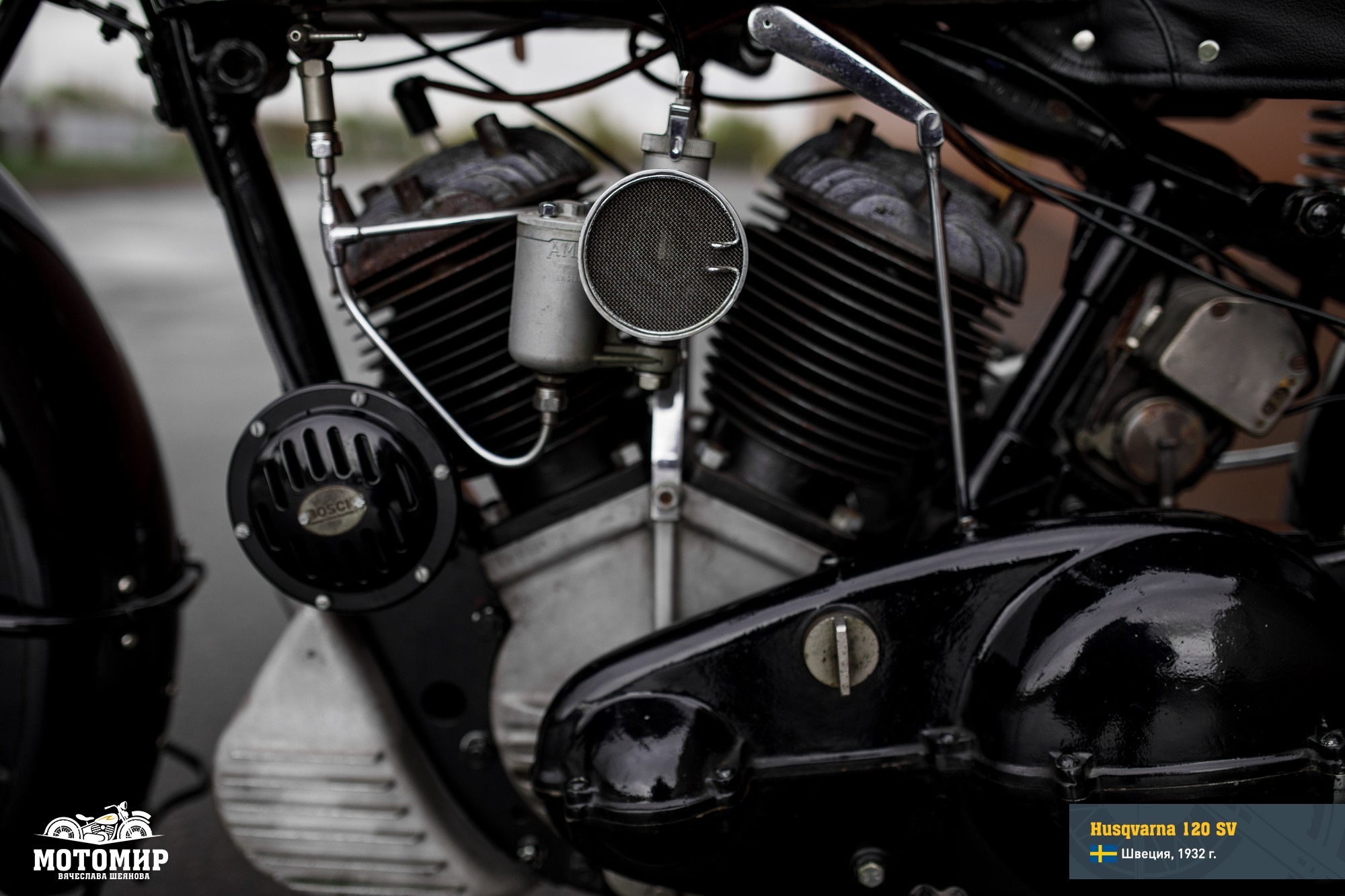 By 1933, the Husqvarna lineup got a new flagship – model 120. The new model had a new 990cc V-twin engine with a rating of 26 h.p. at 3,500 rpm. The engine was based on a 550 cc model: a flathead engine with a 50° angle between cast-iron cylinders. All engine systems were also upgraded. The lubrication system (dry sump) got a finned oil tank installed before the crankcase. Also, the crankcase and a big silencer were finned too. A 30 W Bosch magdyno was used for the ignition system. 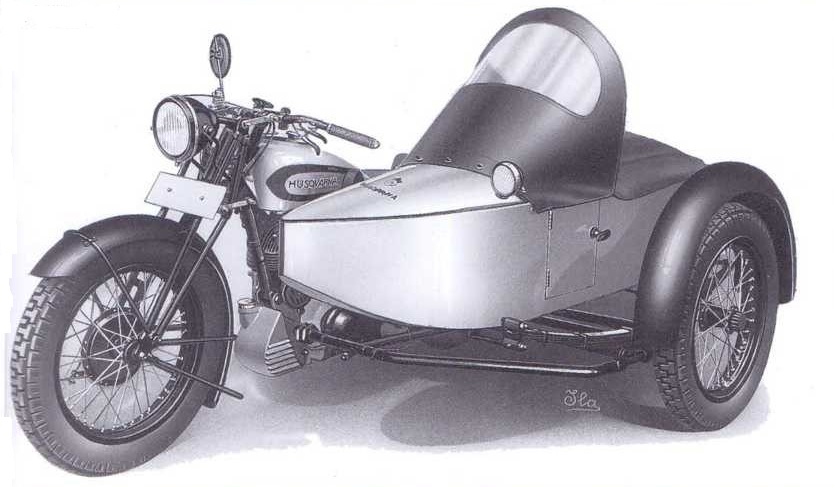 The three-speed gearbox was still hand shifted. The tubular steel frame was rigid. The dashboard was installed on the petrol tank which added a star to the exterior rating. The machine could be equipped with a passenger or cargo sidecar. Several years after the start of manufacturing Husqvarna presented a modified model 130 with a gear lever on the left side of the tank. 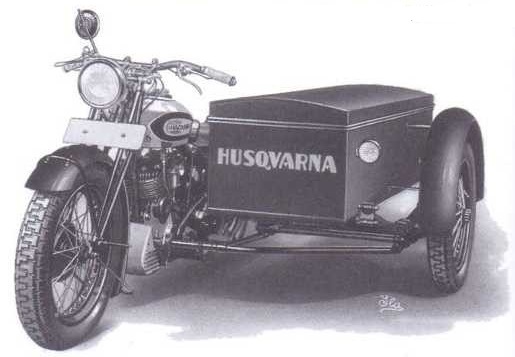 Back then, Husqvarna was known only in Sweden, and to gain international recognition, the company designed a special racing motorcycle with a 500 cc engine. Gunnar Källén became a European champion on this bike but, it hadn’t affected export growth. So, in 1936, the company management made a fateful decision to continue manufacturing only two-stroke low-displacement engines. It was the end of a Swedish V-twin. 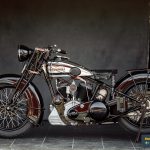 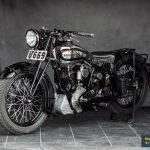 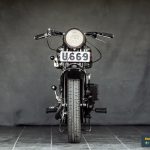 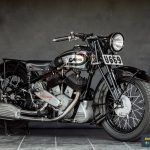 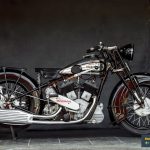 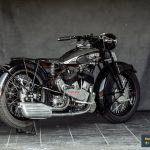 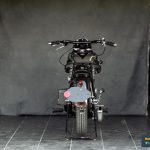 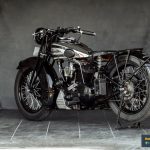