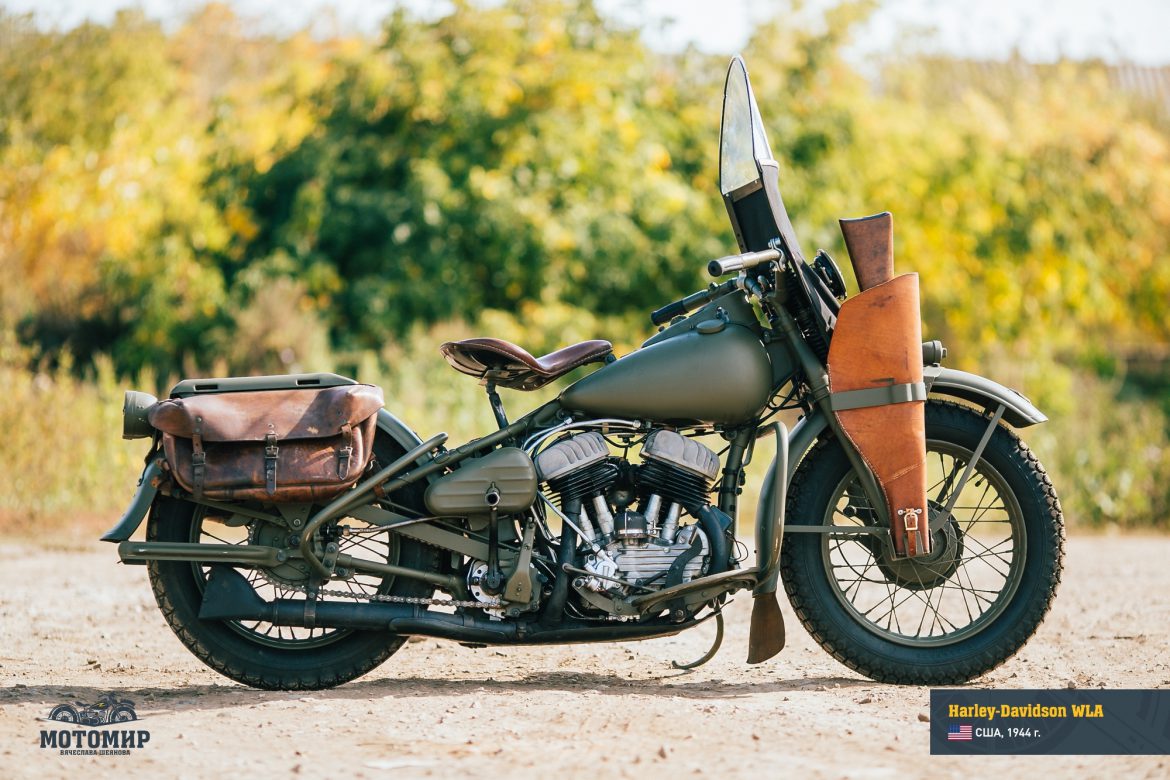 In 1939, the Harley-Davidson Motors Co. released an army version of the WL – Harley-Davidson WLA, specially designed for the U.S. military. Even though its competitor, Indian Motorcycle Co., supplied its motorcycles for the army as well, it was primarily Harley-Davidson WLA that was actively used in military operations.

A total of less than 80 thousand WLA 42 motorcycles were produced, and after the war, the surplus was sold to the general public. Usually, excessive equipment was taken off and the motorcycle was customized.