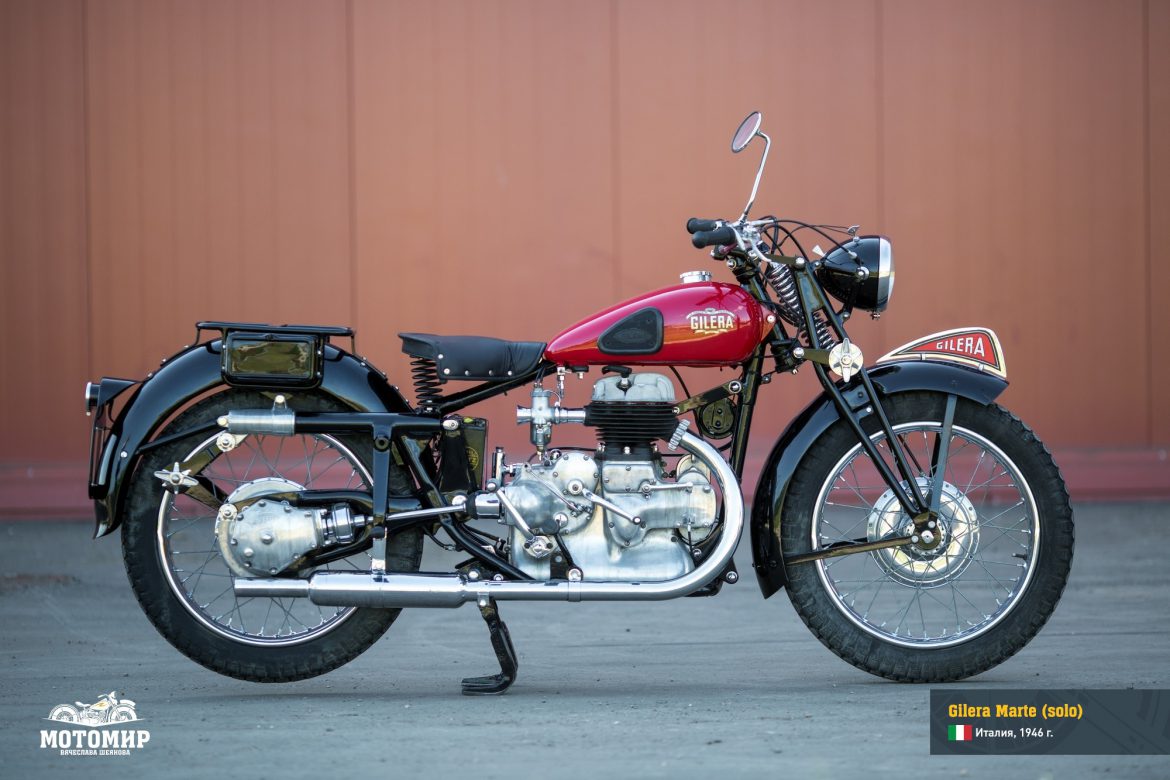 In 1941, Gilera began production of a special version of the military motorcycle, the prototype of which was the LTE model with an L-head, 499cc engine with an output of 10 hp. This Gilera model was produced in solo version and with the sidecar. The sidecar version appeared in 1942 and was called Marte. 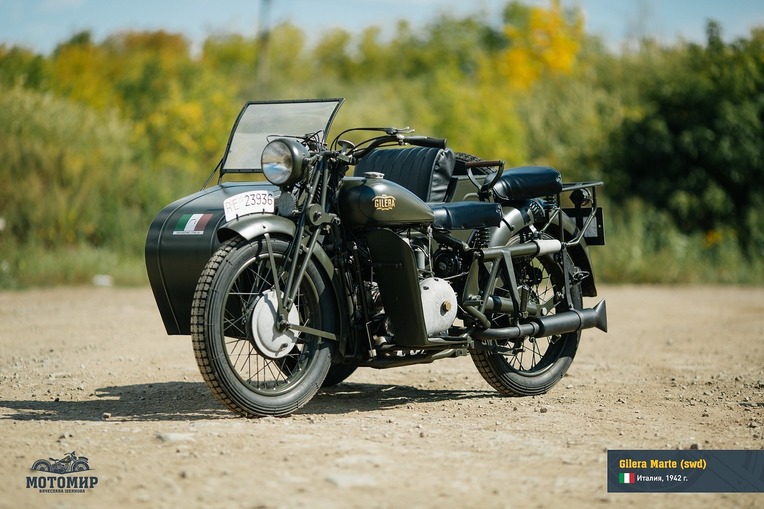 The designers kept the engine of the LTE motorcycle but raised its compression ratio to 5:1 and increased power to 14 hp. However, if the engine was similar, the transmission mechanism was completely different. The first change was that the redesigned transmission came with a cardan drive for the rear wheel (instead of a chain-and-sprocket drive). The gearbox used helical gears, but in addition to these, a spur gear was used to drive the cross shaft in front of the rear axle of the motorcycle. The frame of the Gilera Marte was similar to that of the LTE model, but the right side of the rear fork was new, welded from two pre-cut crankshaft parts. The suspension was retained as on the previous model: a rigid front fork combined with Gilera’s patented springs in horizontal boxes to provide better traction for the rear wheel.

Even the military motorcycles of Bayerische Motoren Werke, AG, and Zündapp Werke, GmbH were in many ways inferior to the Gilera Marte. Gilera designed and built a truly innovative machine, which was unique among other military-purpose vehicles during the Second World War.