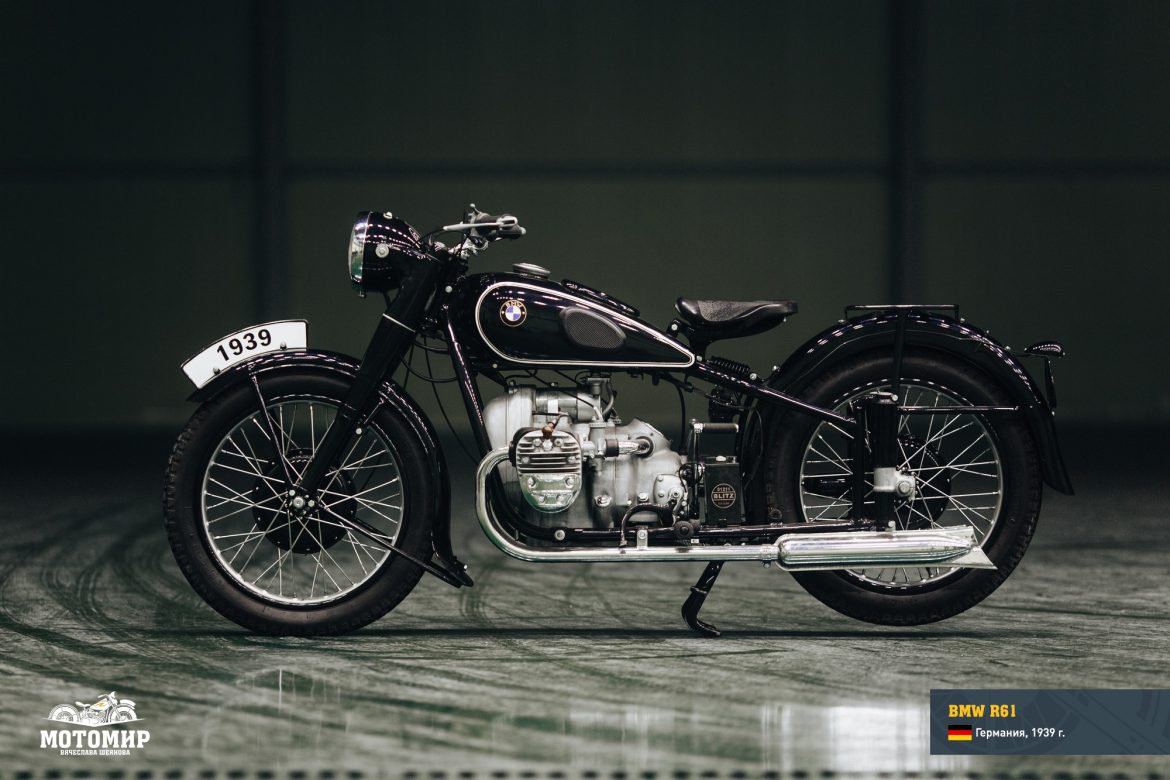 
In 1937, the BMW presented model R6 – its first 600-cc motorcycle. The engine of R6 was similar to the engine of the previous BMW model – R5 – and it also had the transmission by spur gears. The difference was that R6 got the long-stroke engine with the capacity of 18 h.p. at 4800 rpm and it had the sufficient driving torque so it could be used in combination with a sidecar. 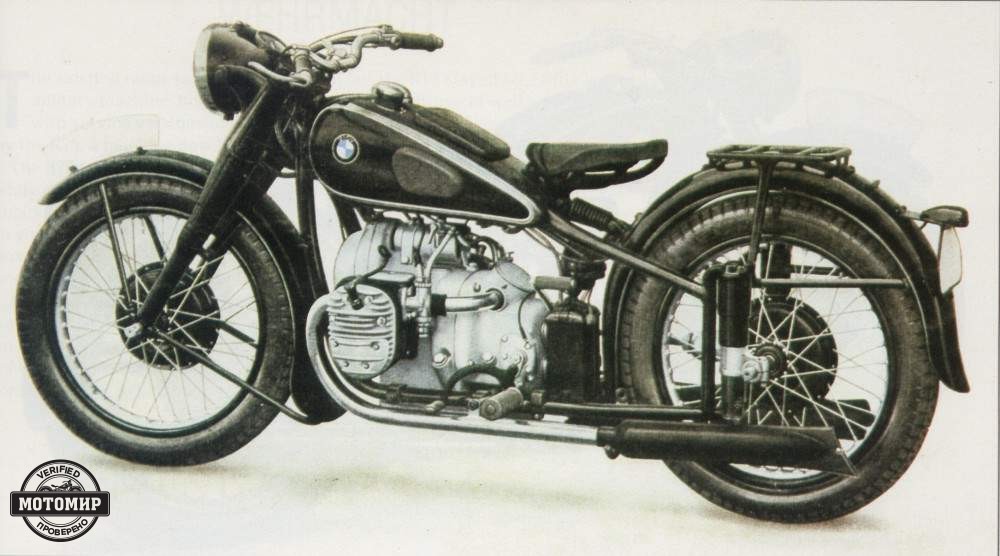 BMW installed the same engine (as on R6) on its new model – R61 – which was presented for the first time at the 1938 Salon in Berlin, together with three other motorcycle models – R51, R66, and R71. The distinctive feature of all new BMW motorcycles was the telescopic rear suspension that was used for the first time in BMW history.

The motorcycle had a two-cylinder, flat engine with a volume of 600 cc and a power of 18 hp at 4800 rpm. Transmission – four-speed; Clutch – Dry single-plate; Brakes – Drum type. At the core of the motorcycle was a duplex tubular steel frame.

The BMW R61 motorcycles were famous for their extreme reliability and on a permanent basis were supplied to the Dutch and German armies. Both models – R61 and R71 – were very popular among Wehrmacht soldiers. They rode them all around Europe, from the English Channel to Volga, and used them during the military campaign in Africa.