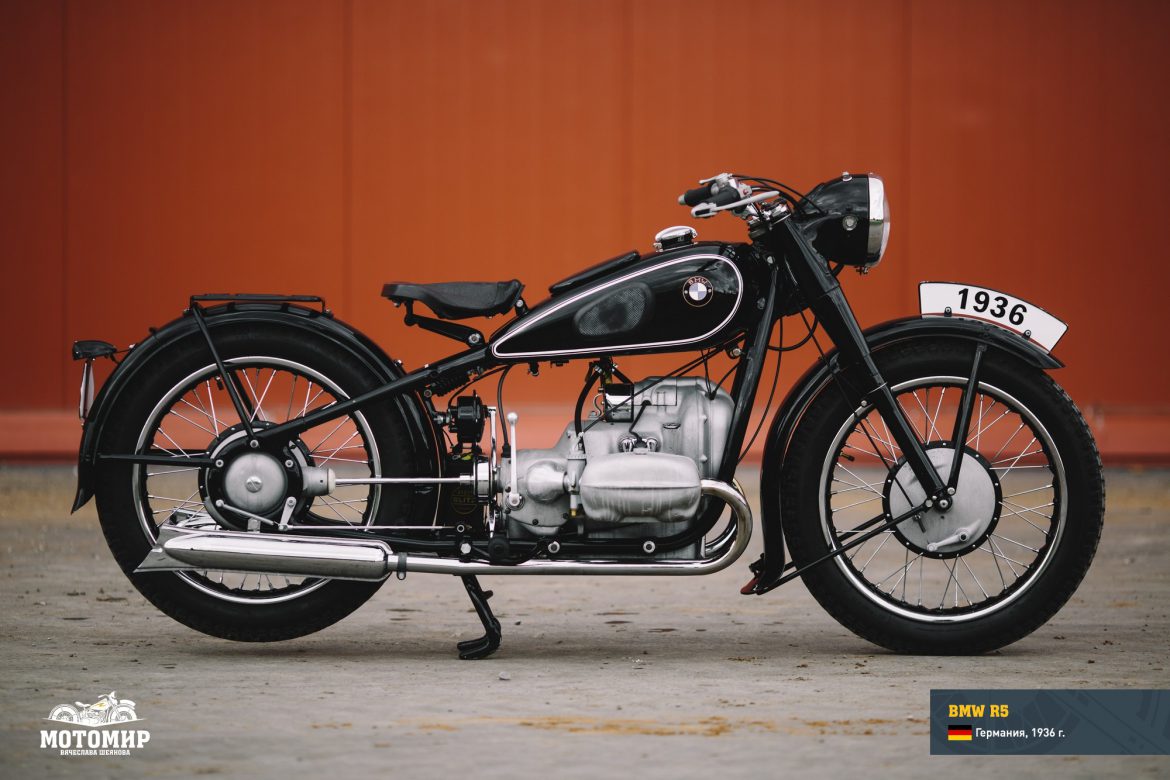 
In spring of 1936 BMW presented its totally new development – R5 motorcycle. Externally this 500 cc model looked like racing motorcycles in the early 1930s. Light-weight all-metal frame made of pressed steel was formed by oviform-section tubes, and, together with the revolutionary telescopic front fork (which allowed to adjust the stiffness of the hydraulic shock absorbers) was promising a motorcycle with great road performance characteristics, even though its rear suspension was still unsprung. 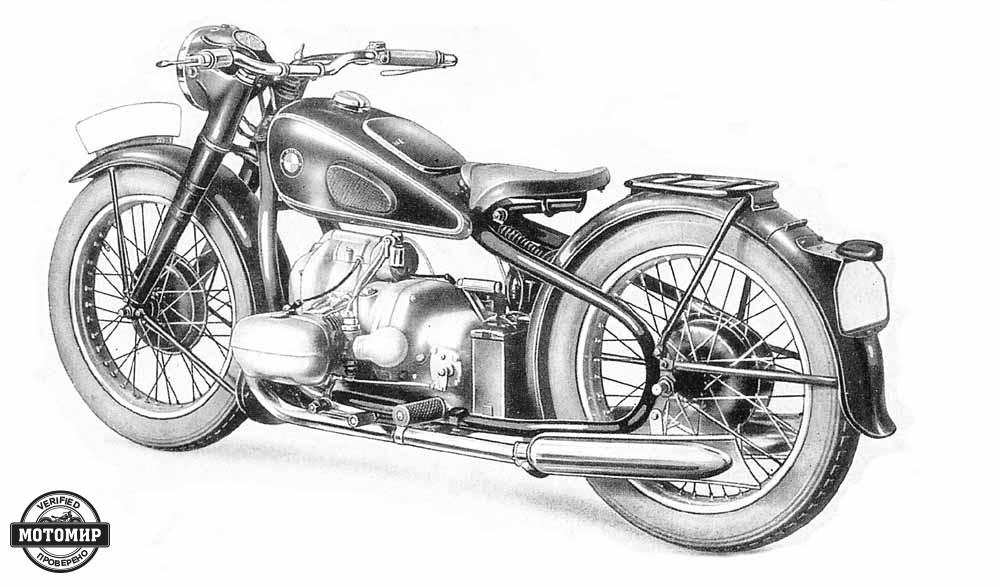 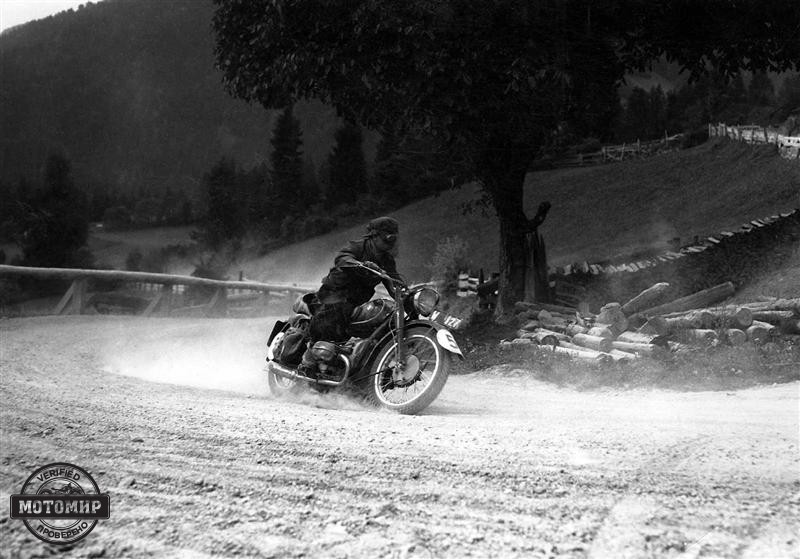 Racers on motorcycles BMW R5 are preparing to take part in the rally “6 days”, 1937 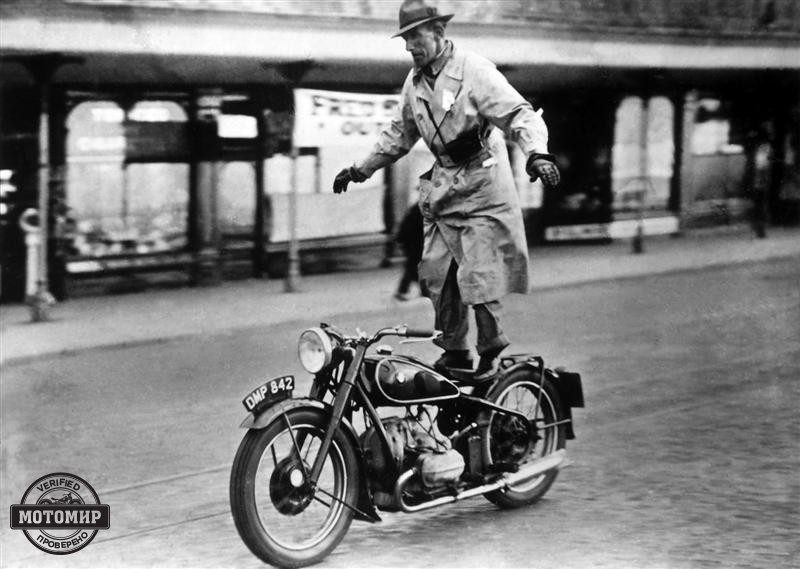 Beside the frame, the engine of this motorcycle was a completely design. Valve gear consisted of two chain-driven distributor shafts. Engine case was a single tunnel-type chamber as opposed to the double-barrel type that was used previously. Rocker arm bearings were placed in cylinder heads and, together with double springs of the valves, they guaranteed high levels of permissible loads, including the area of the upper boundary of the working range. Each of two Amal carburetors had a small air filter. These filters, however, were prone to quick contamination, so in 1937 they were replaced by the central air filter in the case.

Gear change could be done using the driver’s left foot, but inexperienced drivers had an option of switching gears manually using a lever on the right side. The next improvement was the foot brake controlled by the toe (as is accepted today) and not by the heel. The control panel was integrated into the gas tank. Tire rims in two colours symbolized the penchant for detail.

Engine rating of 24 h.p. at 5,500 rpm provided the motorcycle with speeds up to 140 km/h, which was somewhat less than the maximum speed of R17, with its 33 h.p.. The light-weight tubular frame improved the road performance of this model so much that R5’s average speed exceeded that of other models, with larger engines capacities.

In 1937 a limited series of R5 SS motorcycles was released (SS stands for Super Sport): they were made specially for racing purposes. Engine rating of these motorcycles was around 4 h.p. higher, which also raised the maximum speed limit up to 160 km/h.