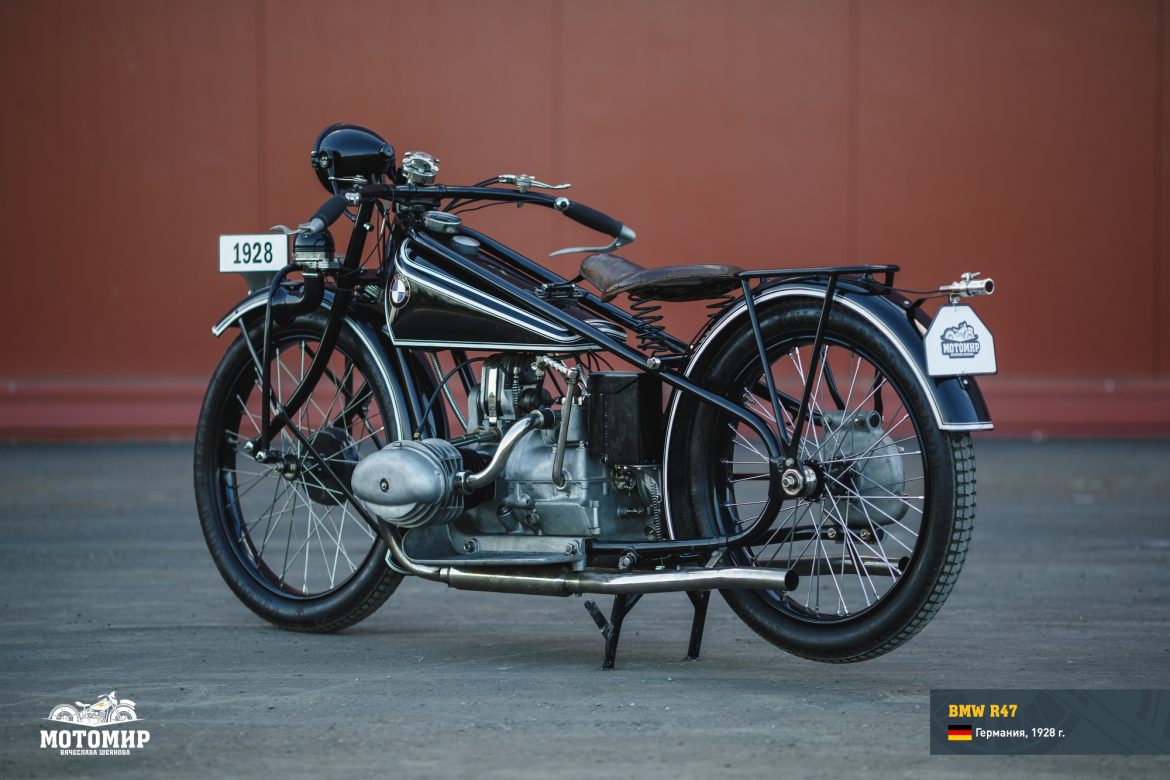 
The company BMW initially relied on the mass production, and of course, the mass motorcycle should be fast.
The first step to the ideal was the model R37 – a powerful bike, but too expensive for the average buyer. German engineers found a way out – reducing production costs by simplifying the design. 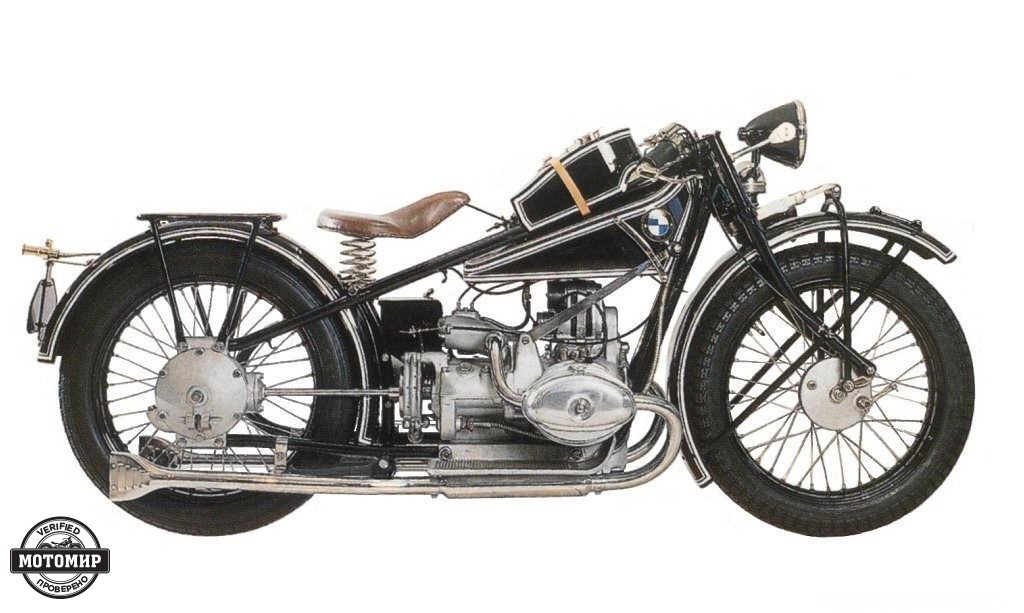 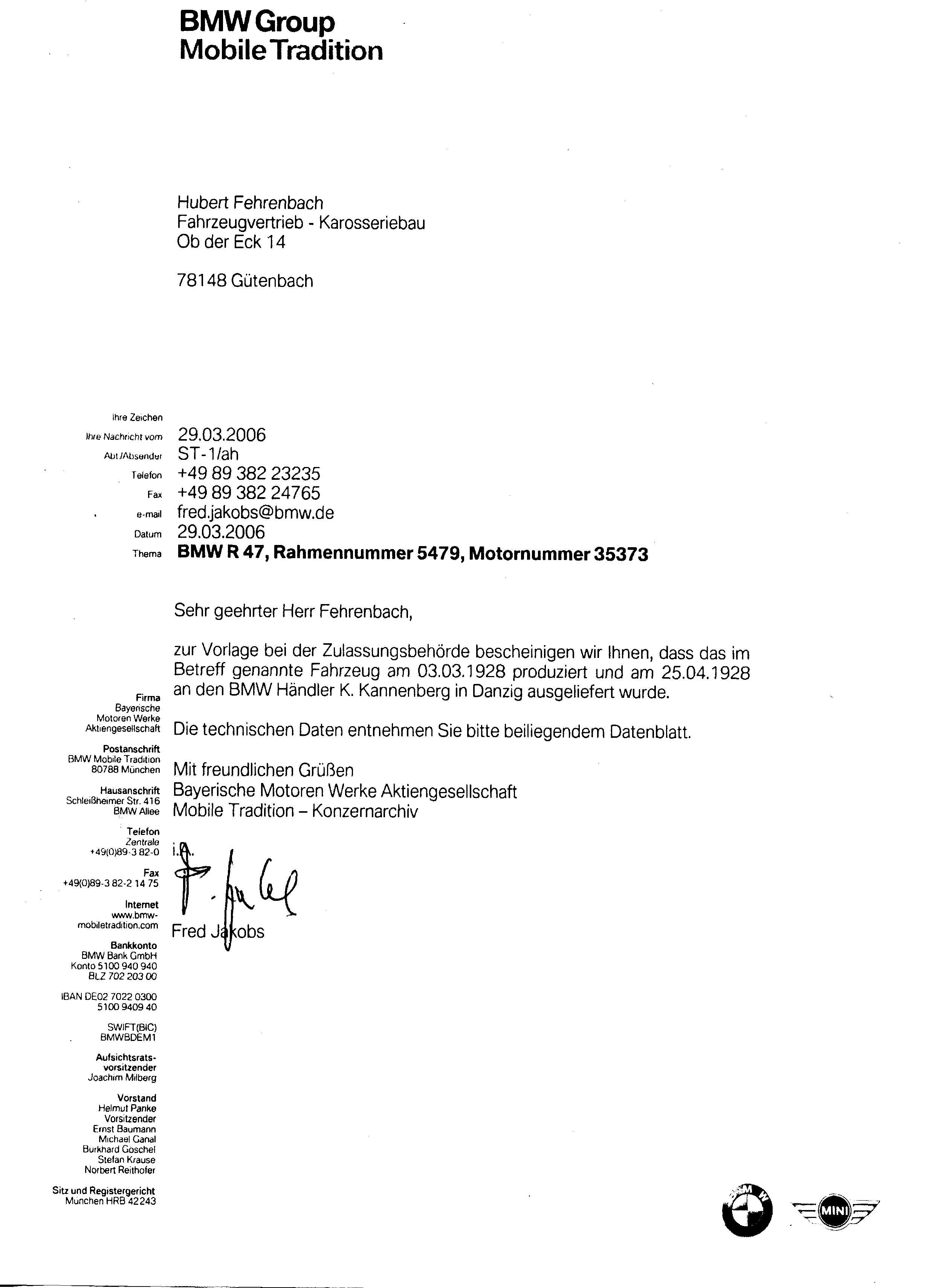 Letter from BMW confirming the production date of the motorcycle (March 03, 1928) and the date when it was shipped to a dealer in Danzig (April 25, 1928).

BMW engineers had taken 500 cc OHV engine from R37 as a base, added simplified frame and suspension, and got rid of all electricals that were not a must. AAs a result, they were able to lower the motorcycle cost by 36% while keeping all of the bike’s racing ambitions thanks to the engine.

The main reason for the R47 success was that BMW did not present the new model as a racing-only motorcycle. The model had been offering in a “bare” version, but the client could choose from many options, e.g. generator, horn, and headlight. A fuel tank of larger capacity was also offered as an option. With a larger tank, R47 might be a part of the «Gran Turismo» class.

Model R47 occupies a place of honor among BMW motorcycles because it was truly advanced for its time. For example, roller bearers were used for the first time (in the design of the valve rocket arm), replaceable bushings, and an innovative control system (except for manual shifting).

* – Data on the results of metering at the exhibit “Motorworld by V.Sheyanov”.
Books: