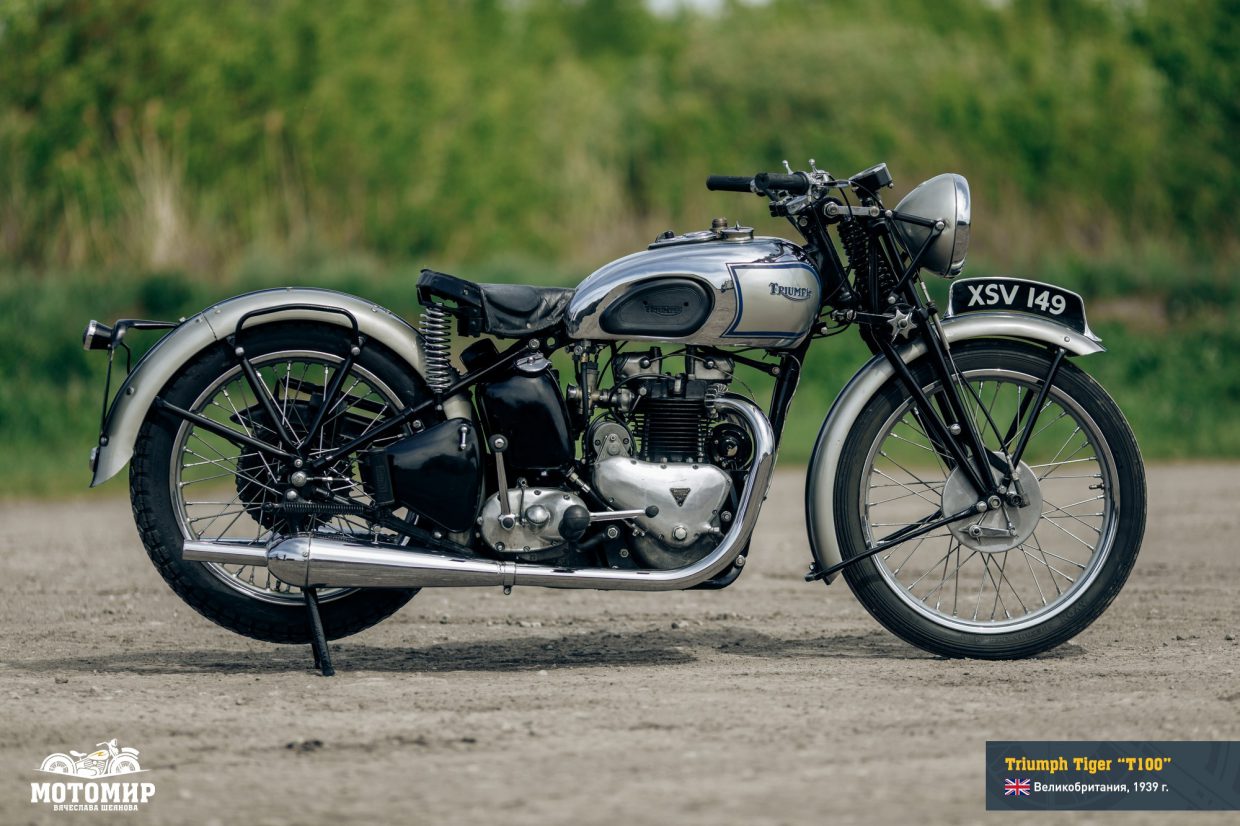 
In the late 1920s, two men started the evolution of the British motorcycle, Val Page and Edward Turner. Page was chief designer at Ariel when he met Turner in 1928. Ariel boss Jack Sangster had hired Turner to develop a square four engine; the basis for the long-running Ariel Square Four.

While testing his square four engine at Ariel, Turner made up a 360-degree twin crankshaft and ran this uncoupled in the back half of his four, an arrangement otherwise known as a parallel twin. Turner said in the Ivor Davies’ book ‘It’s a Triumph’ that Page paid particular attention to the characteristics of his ‘experimental’ twin. Whether Turner’s work was an influence or not, in 1932 when Page, himself a keen engineer and designer of rather striking motorcycles, left Ariel for a position at Triumph, he soon had a running 650cc vertical twin motorcycle. 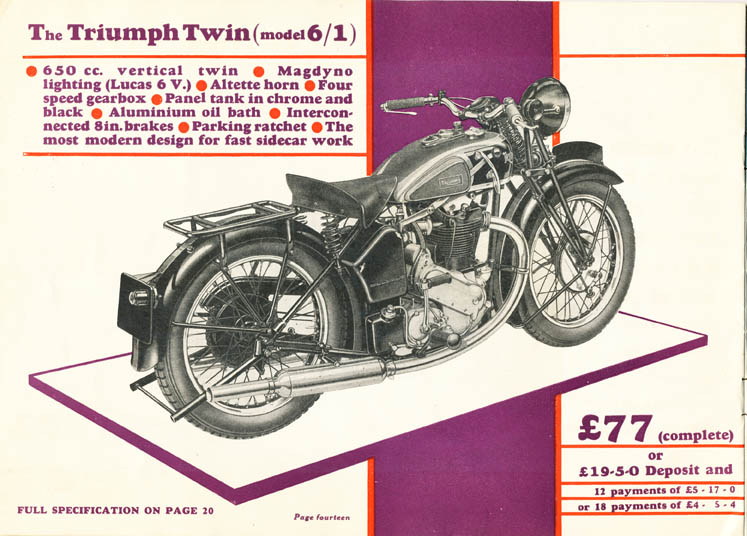 In the 1935 Triumph brochure, and the ad copy for the 6/1 twin states: “This modern power unit of new design has many features which are entirely original. The cylinders, while cast ‘en bloc’ are vertical, side by side, one cylinder each side of the centre of the crankcase (having a firing angle of 360 degrees), and have adequate air passages between them. They maintain the characteristics of two single cylinders, having separate detachable single port heads. The valve gear (two valves per cylinder) is operated by pushrods fully enclosed and working between the two-cylinder barrels.” 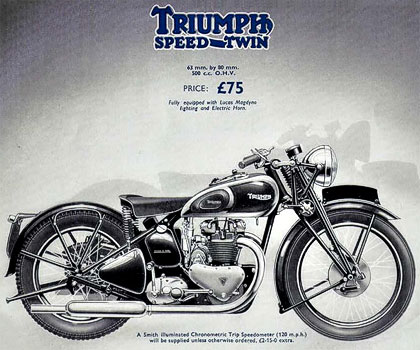 In 1936, Turner became chief designer and managing director at Triumph. His first task was to take three examples of single-cylinder machines, originally designed by Page, and make them into a sport vehicle. He created the 250cc Tiger 70, 350cc Tiger 80, and 500cc Tiger 90, all with polished alloy primary cases, chrome-plated gas tanks with silver-sheen painted side and top panels, and purposeful high-level exhaust systems. The frames were rigid, and the front suspension was supplied by a set of girder forks. These singles proved quick sellers, but Turner had something else in mind for Triumph, and it was an entirely new twin. Turner drew a twin-cylinder engine and dubbed it the Speed Twin.

When the Triumph Speed Twin was launched in 1938, it was a top-of-the-line sportbike. Just one year later, they were already hopping it up. With hotter cams and higher compression, the new T100 Tiger became the new hot rod Triumph, supplanting the Speed Twin as Triumph’s top-line model. 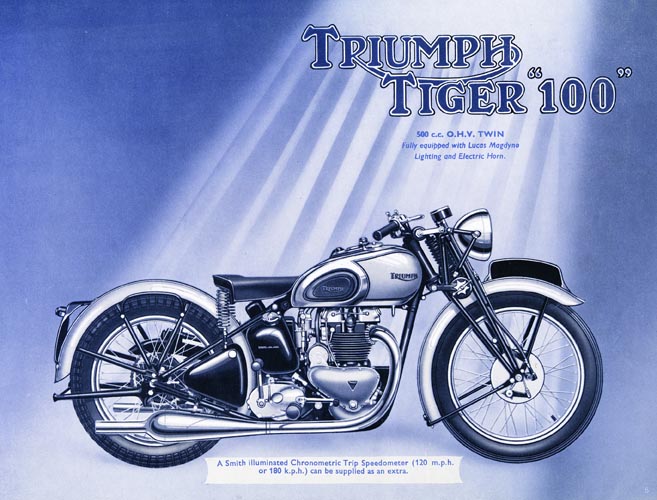 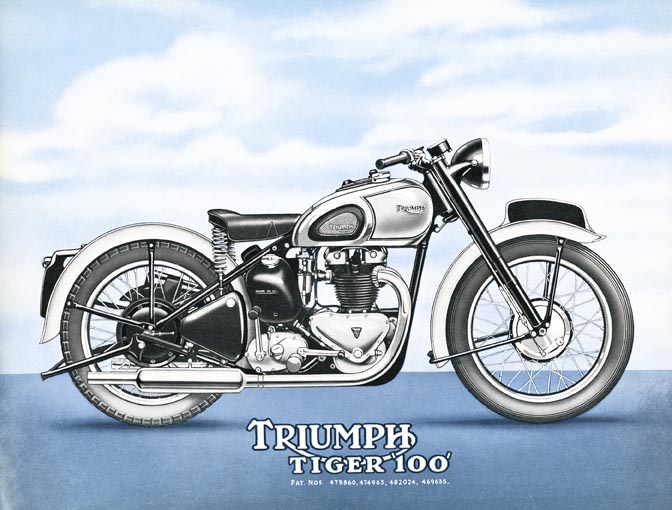 The Triumph Tiger was the natural evolution of the constant & relentless quest for more & more power. By 1939, Edward Turner, designer of the Speed Twin & de facto father of every vertical twin that came after, raised the compression ratio from 7.2:1 in the Speed Twin to 8.0:1 for the new Triumph Tiger 100, along with a ported cylinder head. In Triumph parlance, the alpha-numeric model designations like “T100” were meant to indicate the claimed top speed of the bikes. The numbers started low in the 1930s with the T90, but the new Tiger was good for a true 100 mph, and so the title T100 seemed right. These early bikes came with rigid frames & girder front ends. The new 1939 Tiger 100 came in silver with black pinstriping, set apart from the stodgy dark red of the Speed Twins.

The Triumph Tiger became the fastest bike on the market overnight & Triumph had its second major hit in 2 years. Life was good for Triumph Motorcycles, then World War II interfered and all civilian production ceased in favor of war production. 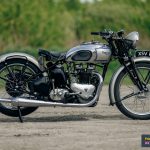 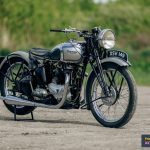 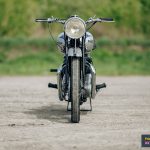 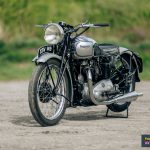 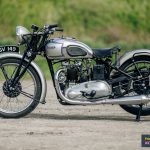 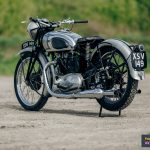 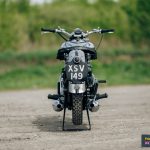 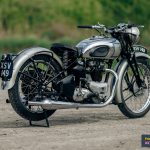 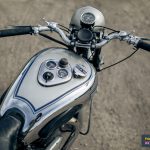 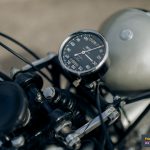 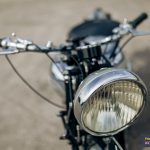 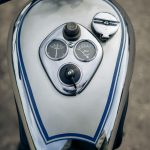 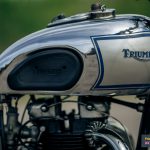 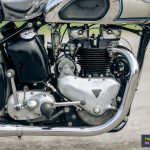 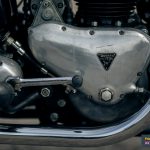 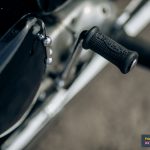 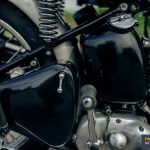 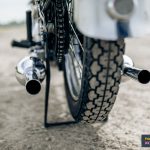 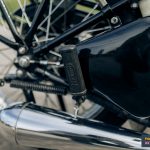 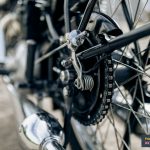 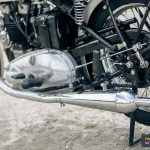 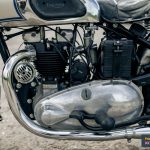 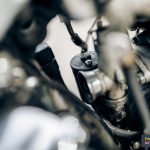