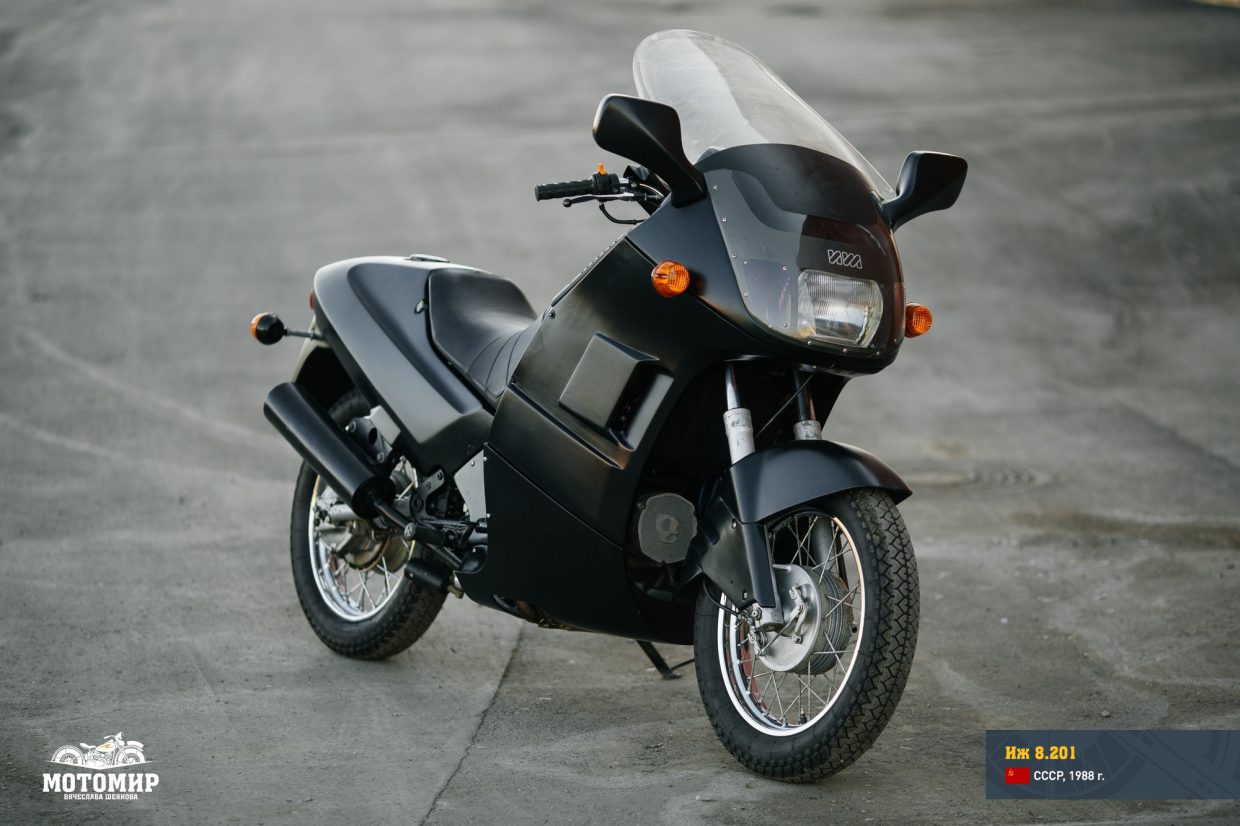 The ingenious German engineer Felix Wankel (08.13.1902 – 09.10.1988) once admitted to reporters that he saw the principle of the rotary engine in a dream when he was 17 years old. Although the ideas of a similar design excited scientists since the 16th century, it was Wankel who managed to actually create a working motor.

The framework of classical education was too limited for the inventor. Felix could neither enter the university nor get a working specialty. In 1924, Wankel managed to organize a small workshop, in 1934 he presented the first prototype of the motor – DKM 32.

[The so-called Wankel engine is an internal combustion engine that uses rotational motion to create tension instead of the usual piston system. A peculiar feature of the engine is the use of a trihedral rotor (piston), which has the form of a Relo triangle, rotating inside a special profile cylinder, the surface of which is made of an epitrochoid. Epitrochoid is a flat curve formed by a point that is rigidly connected with a circle rolling along another circle.]

In 1936, BMW became interested in the development of Wankel, he was allocated a new laboratory in Lindau. At the same time, the engineer began to cooperate with the DVL (Deutsche Versuchsanstalt für Luftfahrt), an aviation development facility located in Berlin. In the second half of the 30s. Wankel was mainly engaged in flap valves and engine element seals for BMW, DVL, Junker, Daimler-Benz.

During the war, Wankel continued his work on flap valves, developing aircraft engines and engines for high-speed military boats. After the defeat of Nazi Germany, Wankel remained out of work for 6 years. His laboratory was completely dismantled by the French, and the inventor himself was practically thrown out into the street.

In 1951, Felix Wankel joined the NSU company as a design engineer, where he continued his development with the lead engineer Walter Freude. In 1957, they first succeeded in installing an upgraded rotary piston engine on an NSU Prinz car.

The new engine became a sensation, the pages of popular magazines were full of headlines like: “The Wankel engine is a revolution in engine building.” However, Felix was dissatisfied with the engine and continued to improve its design – since 1960 already in the new research center in Lindau.

They also studied the engine in the USSR. The first working sample – RD-250 – was created already in 1961 at the All-Russian Research Institute of Motoprom. The motor housing was made of cast iron, an air cooling was used. The engineers from Serpukhov managed to achieve stable RPD operation at frequencies up to 6,000 rpm and a power of 8.5 hp. However, when forcing the engine to 17 hp at 9,000 rpm there were problems associated with the low efficiency of the seals and large mechanical losses. These problems were gradually resolved. The accumulated experience allowed in 1964 to begin the developing of RPD for installation directly on a motorcycle. The terms of reference included the creation of a motor with a capacity of 30-35 hp for Kiev and Irbit motorcycles with a sidecar. In 1970, road tests of the RD-350V engine in the K-650 motorcycle chassis began. The car showed satisfactory dynamics (the engine developed a power of 30.5 hp), but the durability of the motor (100 hours) was clearly insufficient.

Therefore, in 1972, a new version of the motor was created – RD-500V. Its body was made of aluminum alloy, with a chrome coating on the working surface. The engine developed a power of 40 hp at 6,000 rpm Road tests of the motor were carried out in the MT-9 motorcycle chassis. The development of the RD-500V was created in 1973, the RD-501, which used a nickel-plated housing, a rotor made of sintered aluminum alloy and an electronic contactless ignition system.

Meanwhile, in Germany in 1964, NSU launched the world’s first serial RPD vehicle, the NSU Spider-54. Its engine developed a power of 54 hp, providing a maximum speed of 153 km/h. At the Frankfurt Motor Show in 1967, the official presentation of the next new product, the NSU Ro80, was held. By 1969, the company had prepared three successors to the Ro80, but they had no future. In the same year, NSU was acquired by the Volkswagen Group and merged with the former Volkswagen-owned DKW. Together they received the name Audi NSU Auto-Union A.G. Their joint products bore the Audi brand, and although the production of their own NSU models continued in parallel, all work on the rotary engine was stopped.

Meanwhile, in Germany in 1964, NSU launched the world’s first serial RPD car, the NSU Spider-54. Its engine developed a power of 54 hp, providing a maximum speed of 153 km / h. At the Frankfurt Motor Show in 1967, the official presentation of the next new product, the NSU Ro80, was held. By 1969, the company had prepared three successors to the Ro80, but they had no future. In the same year, NSU was acquired by the Volkswagen Group and merged with the former Volkswagen-owned DKW. Together they received the name Audi NSU Auto-Union A.G. Their joint products bore the Audi brand, and although the production of their own NSU models continued in parallel, all work on the rotary engine was stopped.

The main problem of the first rotary engine models was the uneven wear of the inner surface of the working chamber, as a result of which transverse grooves appeared. In the course of research conducted at Mazda, it turned out that when the triangular rotor rotates, the plugs on its tops begin to vibrate, as a result of which grooves form. The increased toxicity of the Wankel exhaust was another serious problem. Due to incomplete combustion of the fuel, the rotary engine releases less nitrogen oxides into the atmosphere, but much more hydrocarbons. Mazda engineers have found a simple and effective solution to this problem. A thermal reactor was added to the engine design, in which the remaining hydrocarbons in the exhaust gases were burned. The first car to implement such a scheme was the Mazda R100, also called Familia Presto Rotary, released in 1968. This car, one of the few, immediately passed the very stringent environmental requirements put forward by the United States in 1970 for all imported cars. In 1973, out of the 104,960 Mazda vehicles sold in the United States, more than 92% were equipped with a rotary piston engine. Due to incomplete combustion of the mixture, the fuel consumption of a standard RPD is significantly higher than that of a standard ICE. Mazda engineers were able to solve this problem. The thermoreactor and carburetor were redesigned, a heat exchanger was added to the exhaust system, a catalytic converter was developed, and a new ignition system was installed. As a result of these improvements, Mazda has achieved a 40% reduction in fuel consumption.

Nikolai Maximovich Golovko, the head of the technical office of the Volzhsky plant workshop, recalls the Japanese business trip: “In Japan, they tried to show us as little as possible. Everything from afar, from some hanging galleries, was only in the most general terms. Polyakov was nervous because the business trip didn’t go well due to the lack of information. But even in these conditions, we tried to get as much information as we could, especially from visiting machine-tool and car factories. This was our first trip to Japan. We worked like crazy. We got up at six in the morning, went to bed at one or two at night, that if we didn’t need to prepare the notes or write theses at the request of Polyakov, in order to give them to all members of the delegation in the morning. We worked on a preliminary report even on an airplane during the 8-10 hours flight.“

The first head of the SKB RPD The head of the SKB RPD was Boris Sidorovich Pospelov. Under his leadership in 1976, the first Volga single-section VAZ-311 engine with a power of 65 hp was launched. Five years were spent on fine-tuning the design, after which an experimental batch of 50 VAZ-21018 units was released, which instantly dispersed among the VAZ workers. The motor turned out to be very unreliable. In just six months on 49 cars Wankel engines were replaced with conventional piston engines.

After that, work on a single-section version of the RPD was completed, and the designers directed all efforts to the development of a two-section. A year later, VAZ-411 engines with a power of 110-120 hp appeared along with VAZ-413 with 140 hp. These machines did not go into retail sale – it was still a long way to the mass production of spare parts and opening of special service stations.

The first motorcycle with RPD was made at VAZ in 1980. The pace of development of rotary motorcycles, of course, was slower than car development. In addition, Togliatti designers received an order for the development of RPDs for light aircraft and helicopters, which is why even automotive rotary engines periodically faded into the background.

Since 1986, a prototype rotary motorcycle has been developed specifically for GON. A prototype escort motorcycle with a rotary engine was created on the basis of the chassis of the Izh motorcycle, on which other engines were installed (an experimental V-shaped engine of Izhmash’s own design and a RPD developed by the VNII Motoprom). Very little information has been preserved about these machines.

Iz 8.201 from the collection “Motorworld by V. Sheyanov” – one of these unique prototypes. The motorcycle is equipped with a two-section rotary piston engine with an aluminum body, with a total volume of 736 cc and a power of 87 hp.

Despite the difficulties, the results of the SKB RPD were impressive. The government considered the creation of an independent organization on the basis of the design bureau SKB RPD – the All-Union Design and Technology Center for rotary piston engines. However, due to the complication of the political and economic situation in the country (and, most likely, in many respects in connection with the death of B.S. Pospelov in January 1988), all these plans did not come to life. In the early 90s, the SKB RPD almost completely switched to aircraft engines, and in 2004, an order No. 342 of the President and General Director of AvtoVAZ OJSC on closing the SKB RPD was issued.