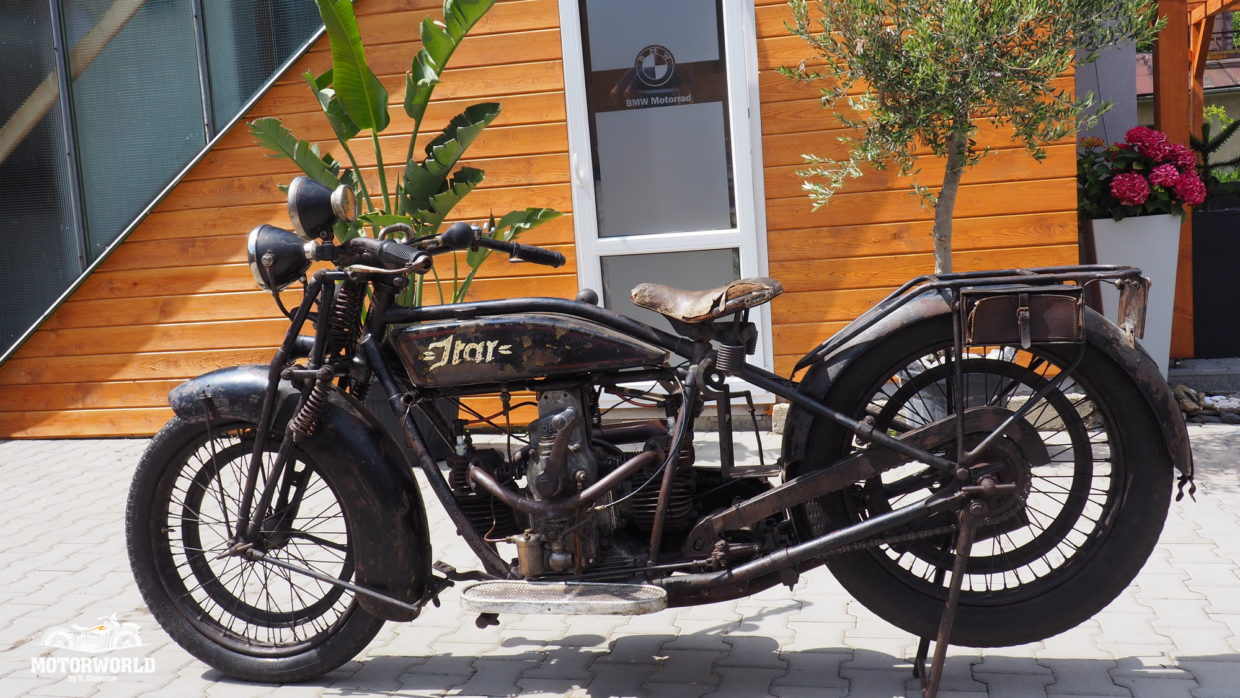 This is the story of three Josefs.

Our Western Slavic brothers from the Czech Republic have a long and rich history associated with the automotive industry, and their achievements are certainly worthy for a developed capitalist country of the period.

A Czech student (later engineer) Josef Zubaty, whose career was later linked to the Skoda brand, designed a motorcycle in 1917 for the Czech company Walter, founded by Josef Walter in 1911. The motorcycle was equipped with a 709 cc boxer engine, but with the cylinders located along the frame of the motorcycle. Unfortunately, by 1917, the Walter company in Prague had already abandoned the production of motorcycles, focusing on cars, and the project was not put into production. Josef Zubati himself in 1932 headed the design bureau in Mladá Boleslav. Under his leadership Skoda Popular was created there.

In the early 1920s, the production of motorcycles in Czechoslovakia was engaged in Walter, Itar, Orion and the budding designer Jaroslav Frantisek Koch. Java, a Czechoslovak legend, did not yet exist.

The third Josef – Janatka was originally a car dealer. In 1920, he founded ITAR (Janatka Tovarna Automontage Radlice – or, in fact, JTAR, although it was usually said and often spelled “ITAR”) in Radlice, Prague, which produced motorcycles. The first motorcycle to leave the Radlice factory under the name ITAR was a model developed a few years earlier by Josef Zubati. How did this happen?

Walter, although he had already planned to retire from motorcycle production, proceeded to complete 10 units of the Zubatego project motorcycles with the intention of offering this model to the army. Although Walther even received an order from the Austro-Hungarian Army for 300 units, he had not produced a single two-wheeler by the end of World War I. The incomplete 10 pieces, along with parts and licensed production, were sold to Josef Janatka, who began refining them as the Itar 710 in 1920.

The motorcycle was premiered on May 22, 1921 during the Zbraslav – Žiloviště race. Before the 13th Prague Motor Show, at which they were shown, ten motorcycles were ready, handed over by Walter. Nine of them were military versions, and only one was civilian. Only 16 units were made in 1922, 50 civilian and 22 military motorcycles in 1923.

In 1924, the volume of the boxer engine was increased to 750 cm3 . In total, by the time production ended in 1929, no more than 160 units of this motorcycle were produced. A 350 cm3 single-cylinder version was also produced. In 1926, Janatka built a prototype of the 820 cm3 motorcycle with a cylinder diameter increased from 80 to 84 mm, but its production was never launched.

Only about 80 Itar motorcycles were supplied to the army, of which only 17 remained by 1937! Josef Janatka founded his company solely on military contracts. When the world crisis broke out in 1929, Janatka lost his state contracts and was unable to support his company with sales of heavy motorcycles with large-cubic-inch engines on the meager Czech market. That’s how the story of his company ended.

Today, this motorcycle is undoubtedly unique. There are several replicas built in Czechoslovakia today, but we managed to get a real rarity. Of course, the motorcycle has a few differences from the famous ITAR, but the scarce surviving photos and the manual, or rather the factory brochure, make it even more difficult to unequivocally assess the originality of this copy. The engine, repeatedly repaired, but most importantly – it works, all the gears work. You can ride the motorcycle.

Based on an article by Jacek Gembara