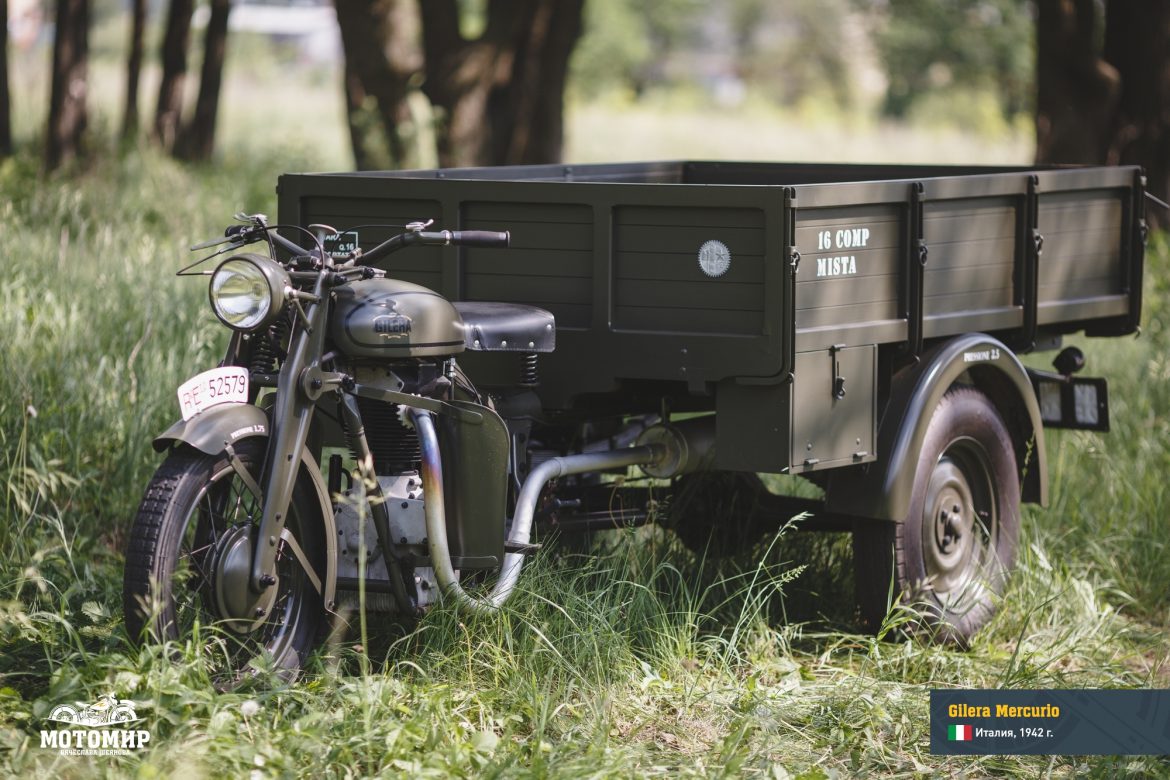 
In 1940, the Moto-Gilera company began production of a series of army motorized vehicles, the prototype of which was the LTE model with an L-head, 499cc motor with an output of 10 hp. The three-wheeled, cargo version was called Mercurio.

A cargo platform with wooden sides was affixed to the motorcycle frame right behind the driver seat. This modification featured a cardan drive and all-metal wheels.

The tricycle turned out to be reliable and powerful, it was powered by the same engine as the Gilera Saturno, but with a 90 ° turned cylinder. The gearbox had 4 speeds, travel limiter, and a reverse. The cargo platform was mounted on an automobile chassis. Almost 1,000 copies were produced for the Italian Army (July 1943), which were used only for 2 months, before Italy’s withdrawal from the war. After their return to Italy, they were used by the ISR (Italian Social Republic). Gilera produced only one model of a cargo tricycle for military purposes, and Moto Guzzi produced two: ER and 600U. Remotely similar models were produced by Sertum (model 500 M.C.M. 06) and Bianchi (model 500 M.C.U.). 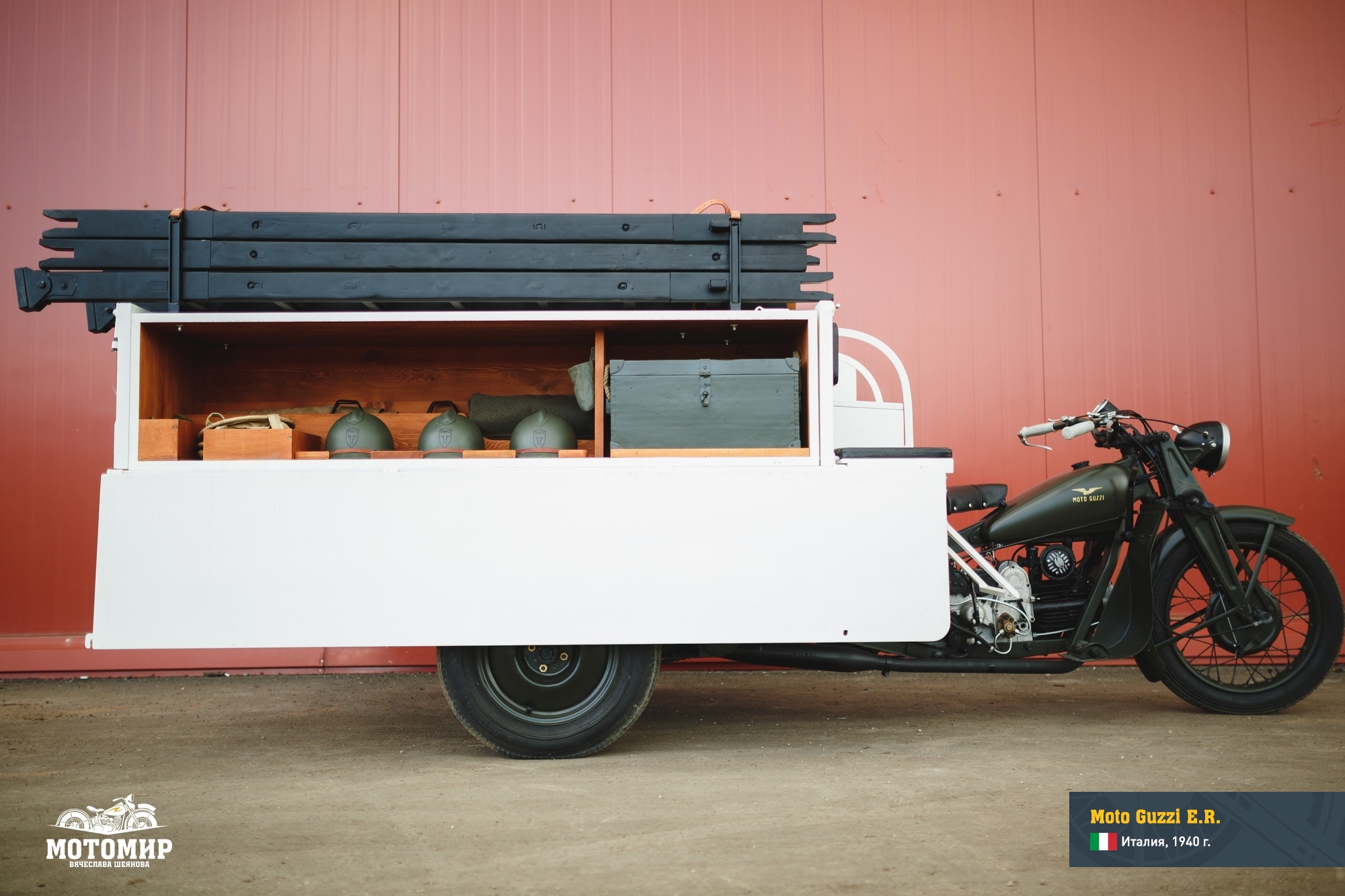 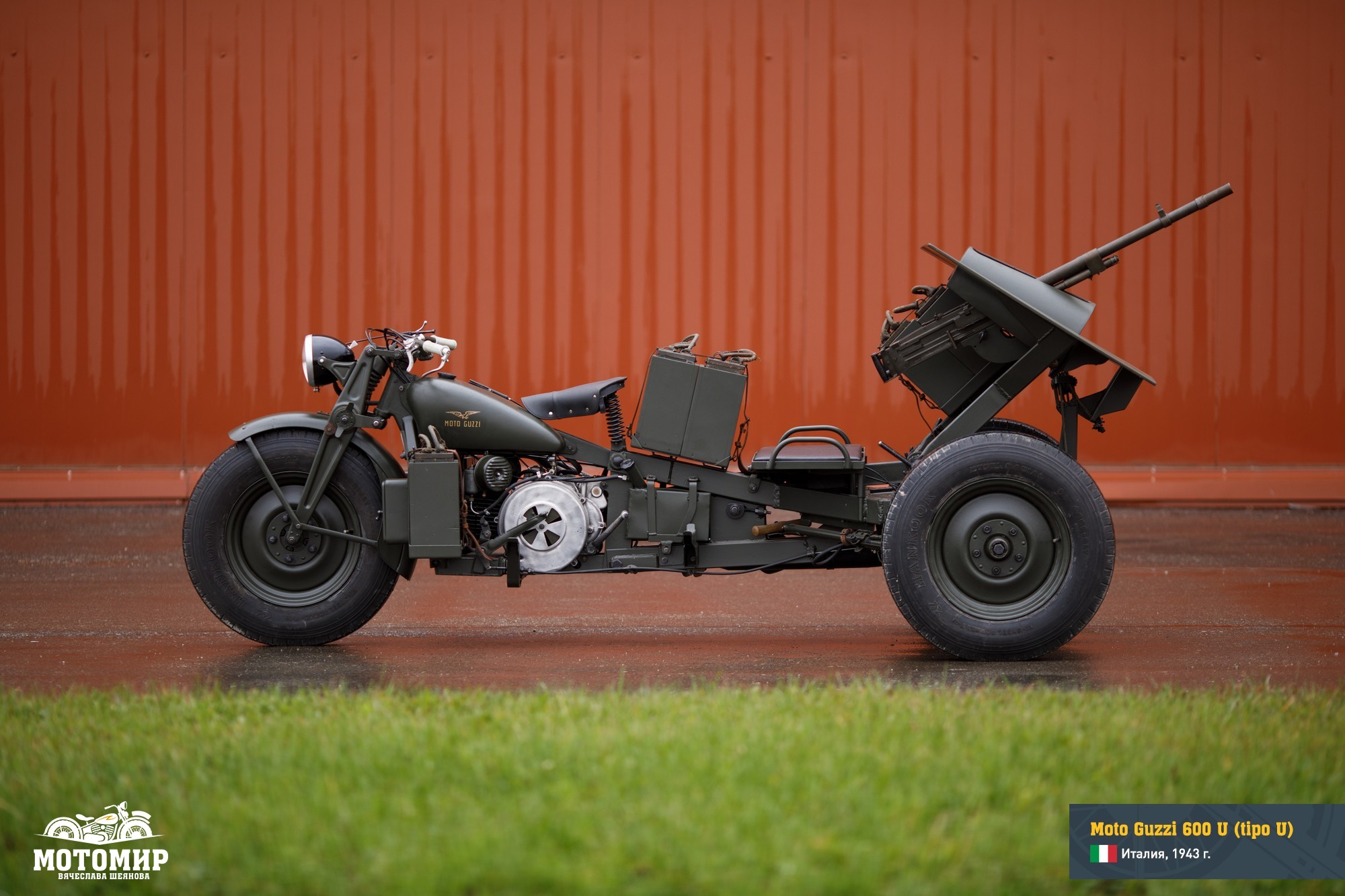 Moto Guzzi 600U from «Motorworld by V.Sheynov» collection

In addition to the 500cc version, the Mercurio was also available as a civilian version with a 600cc engine. The carrying capacity of the tricycle was 1,000 kg. The large cargo bed of the Mercurio was used to transport heavy machine guns, mortar launchers, and ammunition. The military version of the motorcycle was also equipped with camouflage lighting and a spare wheel.

The Gilera Mercurio tricycles were also popular after the war. They were sold to civilians for more than 20 years, until 1963.