The KS 750 motorcycle model was developed at the end of the 1930s, by Zündapp Werke GmbH plant in Nuremberg, and was quickly adopted by the Wehrmacht. It was designed for a very rough terrain and thus had a higher off-road capacity and maneuverability; it was also used for reconnaissance, transporting military personnel and cargo, and for evacuation of the wounded. 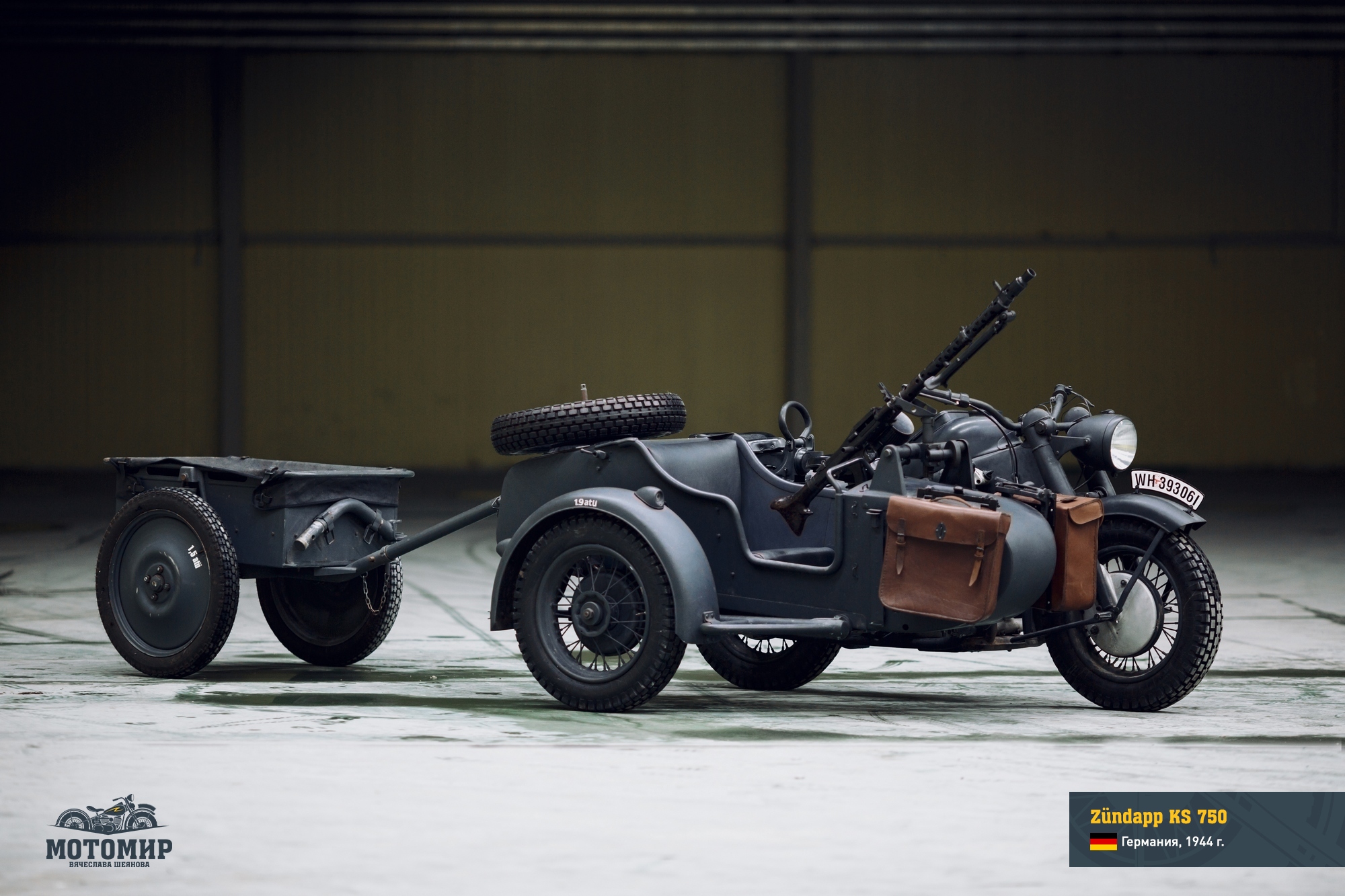 The Zündapp KS 750 was equipped with a 751 cc flat-twin, 4-stroke engine (26 hp at 4000 rpm), it had a wheel suspension control system (that could take into account the road surface condition), an economy driving system preventing engine from overheating, magneto ignition and a fuel tank emergency filter which would allow to continue riding even when the tank was damaged. The motorcycle could get across small water obstacles with its engine being partially submerged. 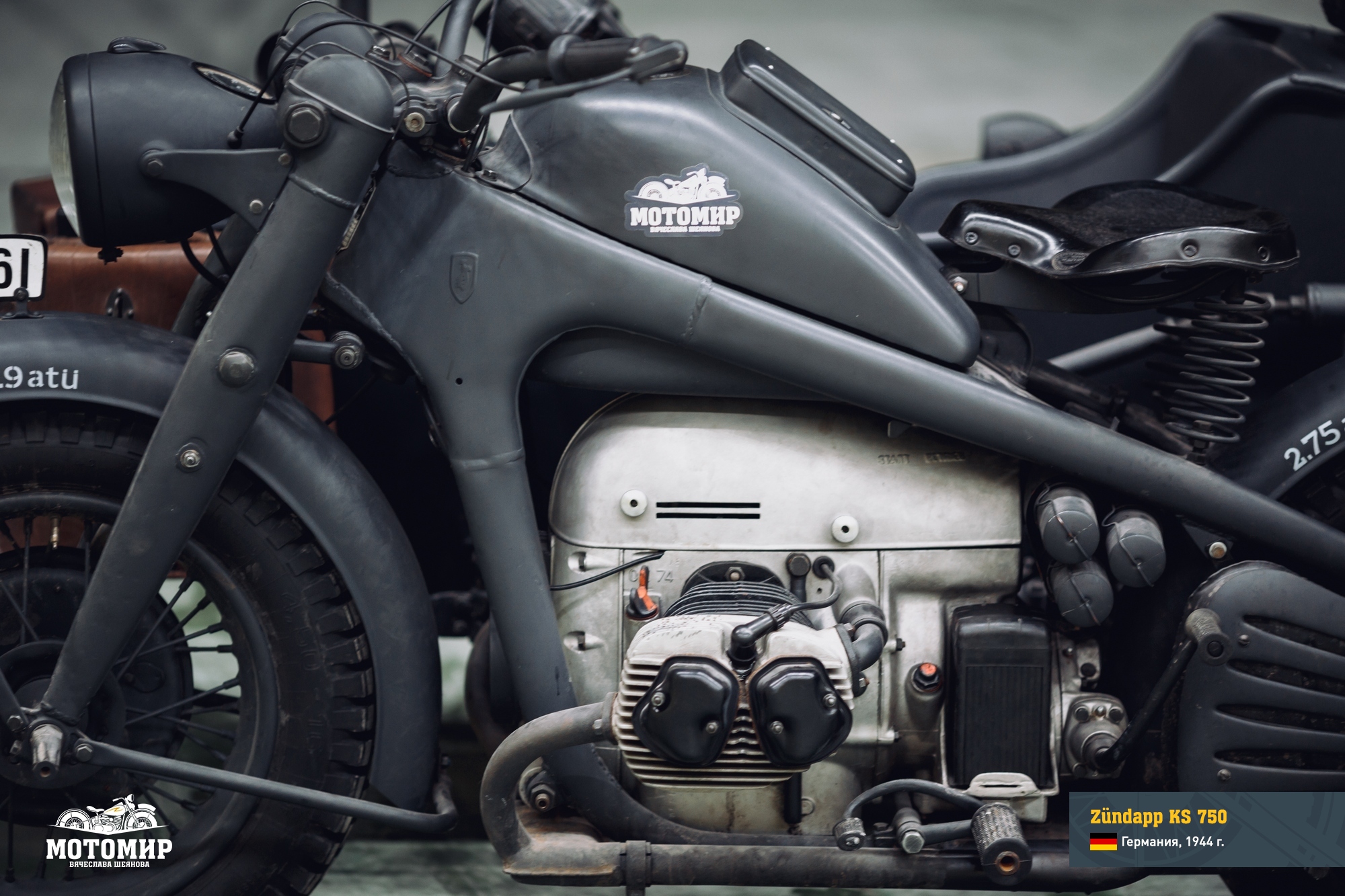 With the sidecar, this motorcycle had a mass of 420 kg, but it was, nevertheless, easy to control and reliable to operate. The sidecar featured torsion-bar suspension, having a wheel drive and brake from the rear axle of the motorcycle. Ammunition pouches were affixed on the left and right of its body while at the front a machine gun was mounted. 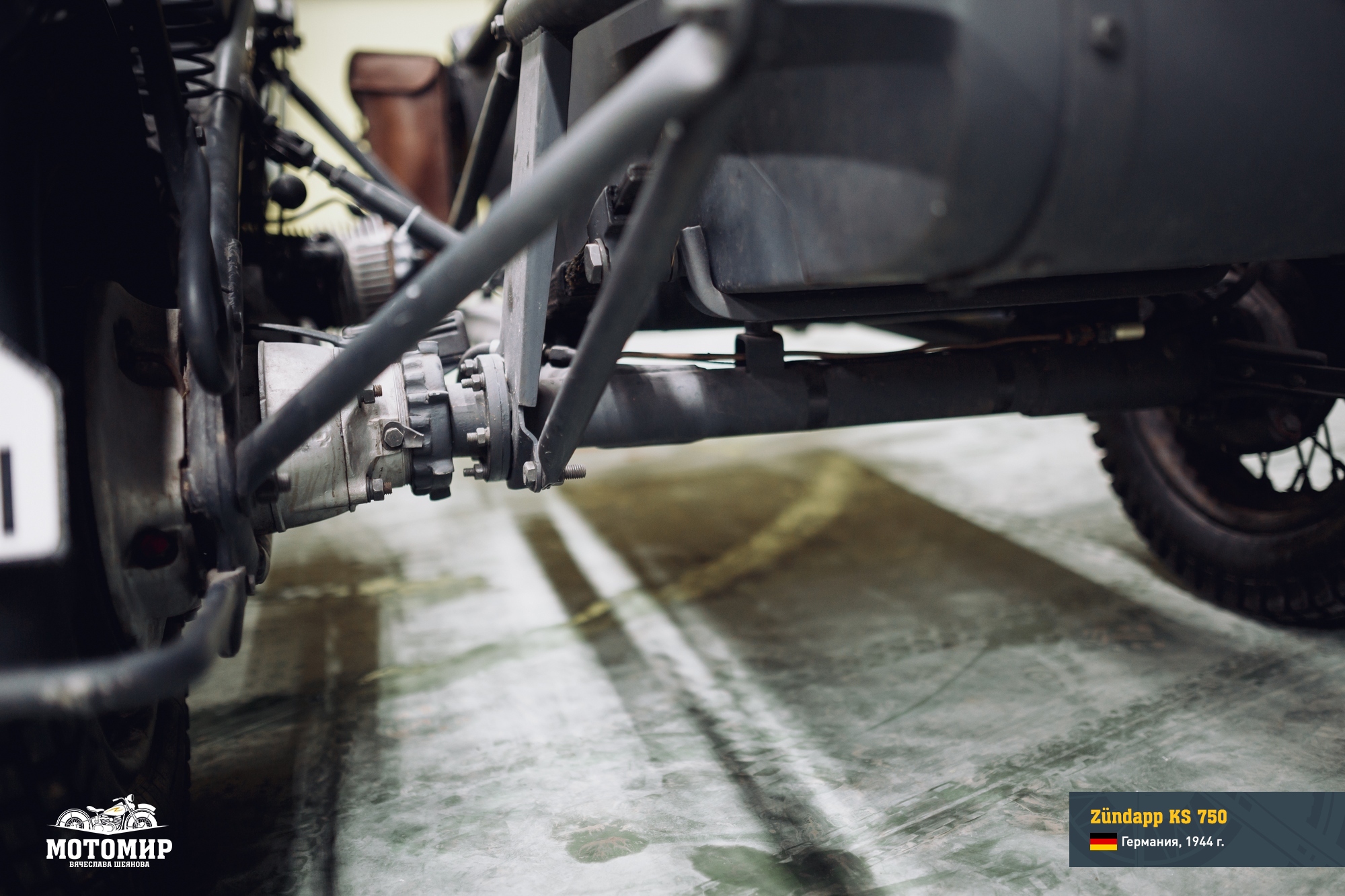