Before and during WWII Italian army was actively using tricycles, both specially developed for the military and commercial models that were taken over for military use. A typical Italian tricycle of that period consisted of the front part of a motorcycle (quite often simply taken over from a two-wheel model of current production) that a got a rear part attached: a flatbed on two wheels. The tricycle under the Italian name Tre-per-Tre Autoveicolo da Montagna [sic!!!] (meaning: “3×3 vehicle for use in mountaneous areas”) was created using a similar principle, even if with special characteristics: it was better known in Italy as Mulo Meccanico, i.e. “Mechanical Mule”. 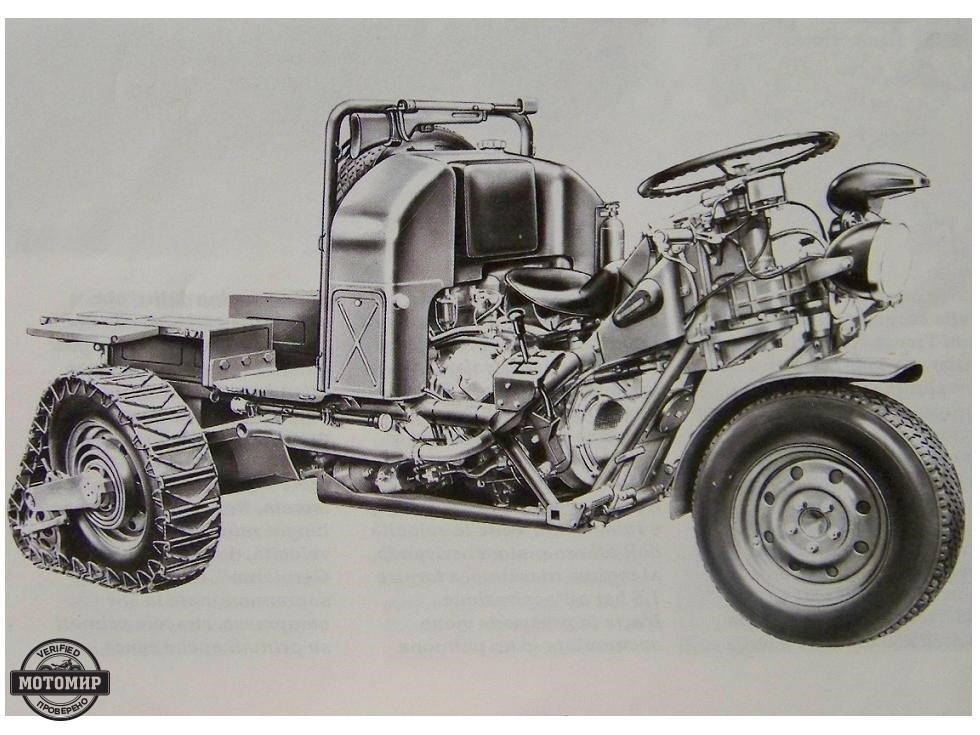 In the late 1950s General Ferruccio Garbari had an idea to use mechanical vehicles instead of mules that were traditionally used by Alpini (Italian mountain troops). To solve this rather complex issue, a decision was made to approach Moto Guzzi, the famous Italian motorcycle manufacturer, that was already in close contact with the military. Moto Guzzi gave this project to Giulio Carcano, one of its most talented engineers, and he started his development work in 1959.

The tricycle prototype was shown in March 1960, at the Geneva car show. The following year was used for testing and necessary changes, and finally, in 1961, Moto Guzzi signed a contract for the delivery of 500 machines. 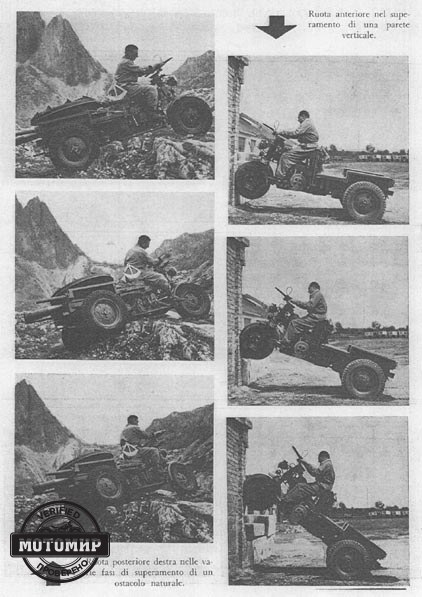 It was originally planned to install a single-cylinder 500-cc engine on this tricycle, which was already used with another Guzzi tricycle, the famous Guzzi 500U 3×2 Motocarro Militare, but that engine proved to be insufficiently powerful. Carcano designed a completely new, V-shape, 750-cc engine which was named Carcano V7 to honor its originator.

The base of the tricycle was a duplex tubular frame, across which the engine was mounted. The front suspension was on coil springs, while rear wheels were suspended on link rods with rubber springs which could be moved wider or narrower during motion so that the track width could be changed to 800, 830 or 1300 mm. To enhance the off-road capability the tricycle had two special levers with small wheels on its rear axles, which could get, when necessary, metallic caterpillar treads. This accessory helped raise the maximum possible slope angle from 27 to 31 degrees. 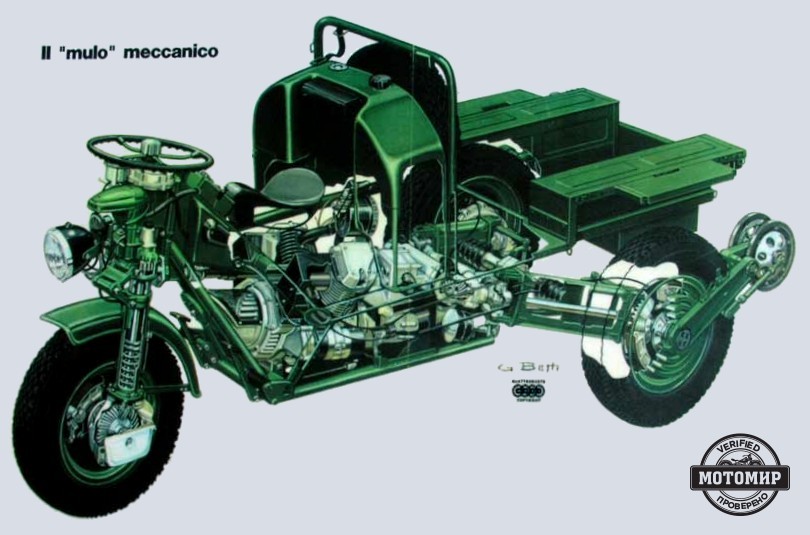 The section of Mulo Meccanico

Battery, fuel tank and spare wheel were located behind the driver seat. There was a small cargo flatbed behind the tank having payload capacity of up to 500 kg. 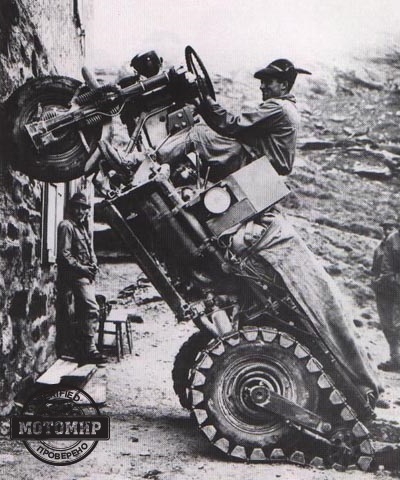 The Mulo Meccanico fell short of expectation, however, when confronted with real-life conditions. To control and fix such a complex machine a better qualified workforce was needed having higher technical skills, so operating costs were rather high. The second complaint by the military was insufficient safety of the vehicle: several drivers died as a result of tricycle roll-over since its control proved to be a rather complex issue. In 1963 the production of Mulo Meccanico was stopped, even though it was still used by the military until the 1970s.