In 1941, Harley-Davidson got a US Government contract for the development of a new motorcycle designated for military operations in North Africa. The WLA model, which was already supplied to the US Army did not have one important feature which was critical in the harsh dust and sand conditions – the shaft drive. Thus, the Harley-Davidson XA was born (XA means “experimental, army-use”), a motorcycle that had little in common with the main Harley-Davidson range, even though it was equipped with a twin-cylinder, ohv engine, that was practically identical to the 739cc engine of the WLA model. 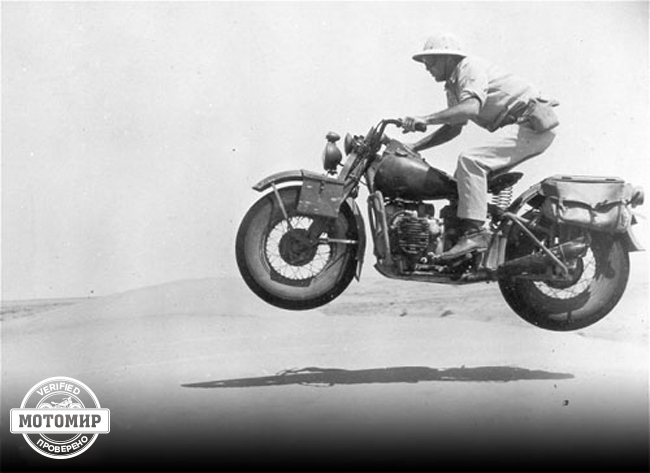 BBy 1941, German engineers have already learned that the exposed chain drive gets quickly disabled under desert conditions and that using shaft drives was the only way to achieve reliability. That’s why John Nowak, the designer of the XA model, decided to apply the development of the Wehrmacht, practically copying the XA from the trophy BMW R71 (in some sources BMW R12), which was successfully used in campaigns of the African Corps. 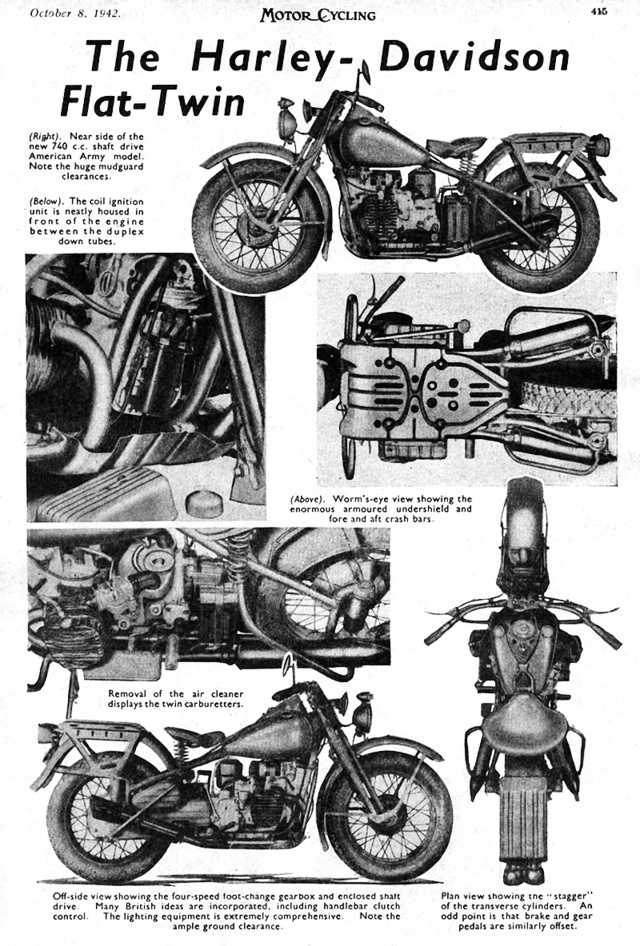