One can only guess in this case whether this design was all created at the GMZ or whether Nahum Goodkin, its creator, could use the design of the remaining M-75 engines. It looks as if this second idea is closer to the truth because the centralization of the motorcycle industry in the USSR made it possible to transfer details and the whole constructions from one plant to another.

The M-80 had the same base as М-72, and it was only slightly modified and lightened. The engine had much in common with the M-72 with the only difference being that its cylinders and OHV heads replicated the BMW R75 structure. 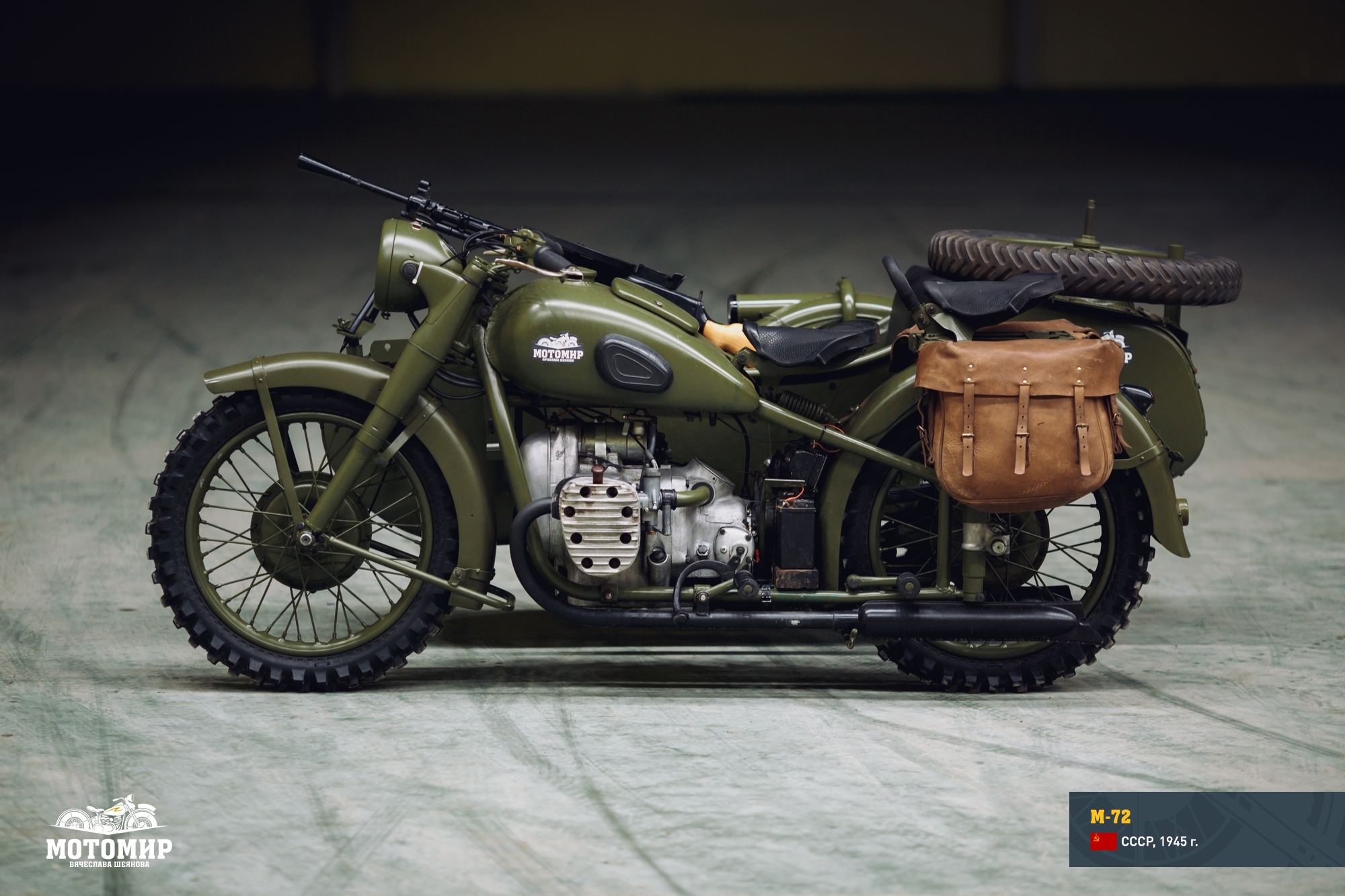 М-72 from «Motorworld by V.Sheynov» collection 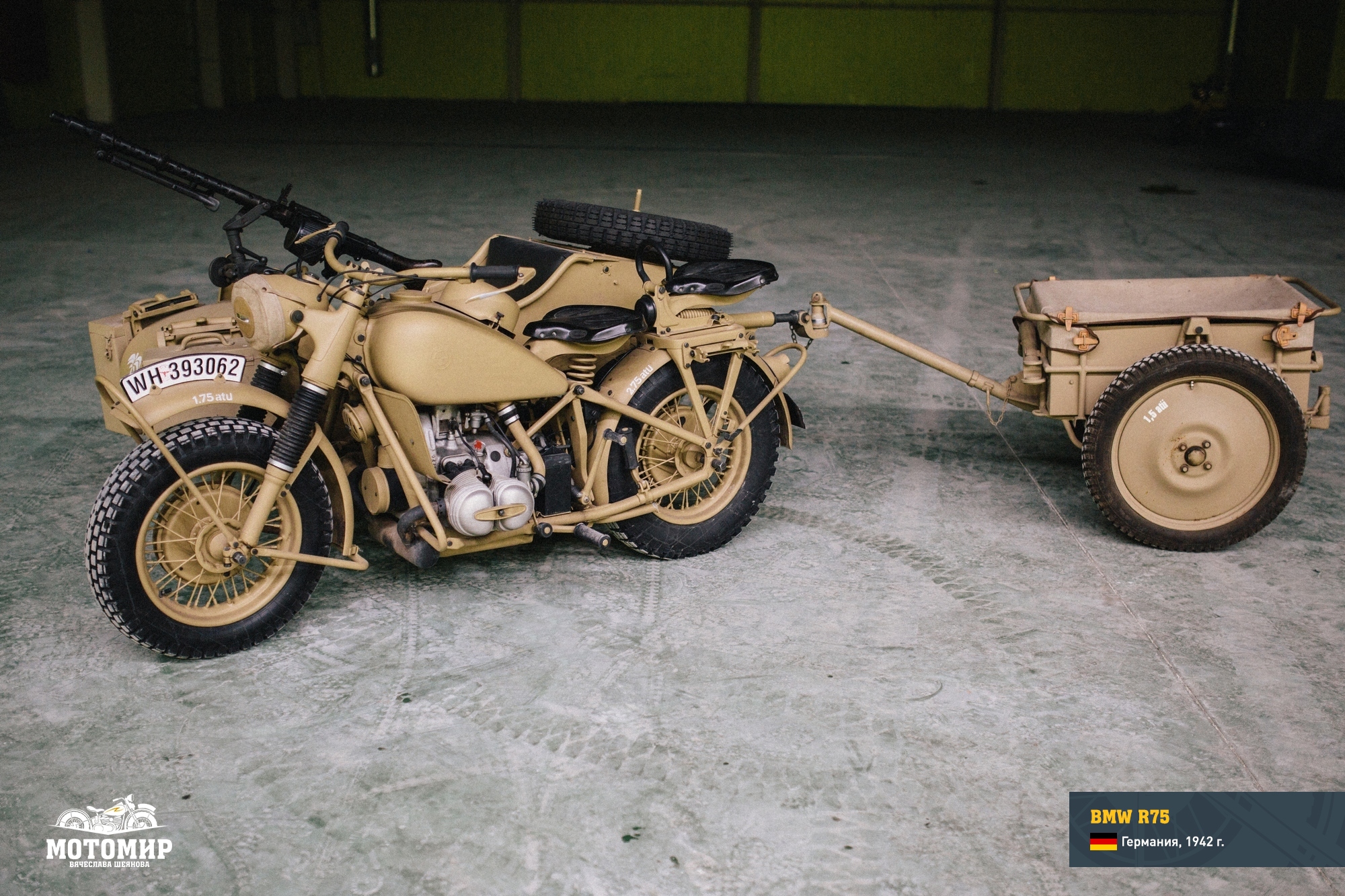 Several samples of M-80 were manufactured, and they participated in competitions in the late 1940s (some remaining photographs bear evidence of this fact). In the summer of 1947 a famous racer Yevgueni Gringaut, the USSR Merited Master of Sports, set an absolute record on one of the M-80s: 172 km/h.