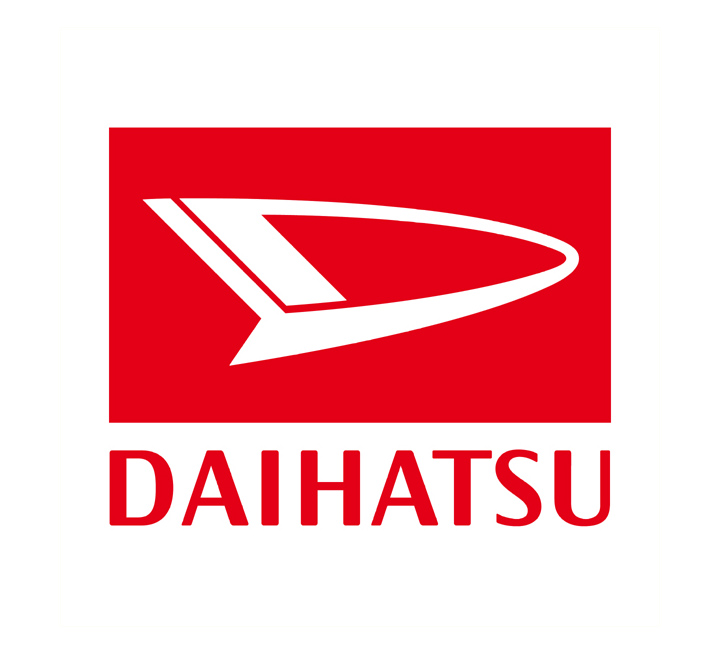 In 1907, two professors of the Osaka University – Yoshinki and Turumi – have decided to found Hatsudoki Seizo Co. They set the goal of manufacturing and selling the internal combustion engines that used natural gas as a propellant. The name “Daihatsu” appeared only in 1951 as a combination of the first “kanji” for “ Ōsaka” (大) and the first of the word “engine manufacture” (発動機製造 hatsudōki seizō). 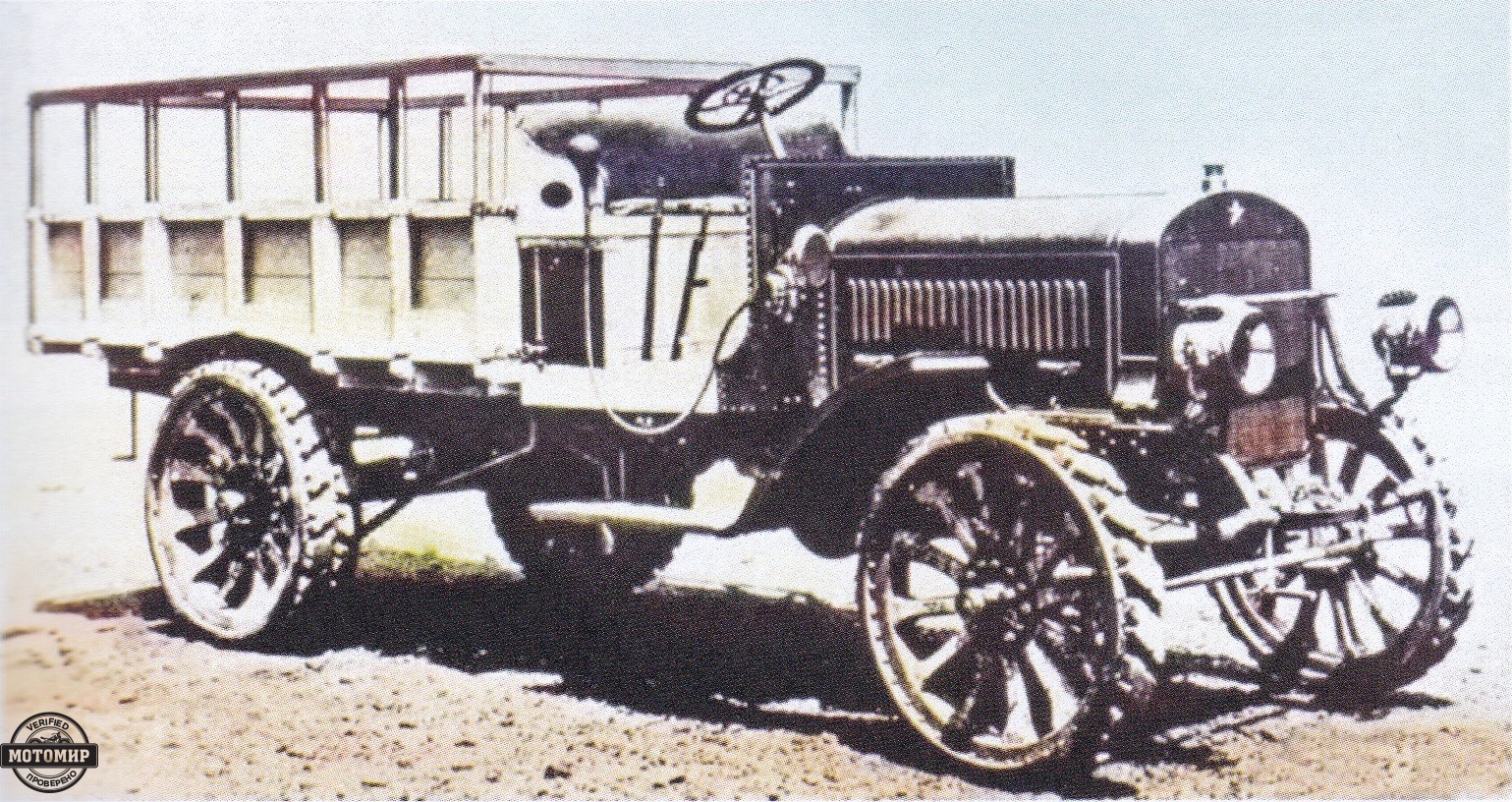 Prototype of the Hatsudoki Seizo truck, 1919

In 1967 Toyota became a major shareholder of the Daihatsu Motor Co.

In 1919 the company has released a prototype three-wheeler truck with a gasoline engine but it was never put into mass production. Reason for this is blamed on Datsun (Nissan) company, known as a major vehicle manufacturer of its time. The Nissan Type 41 truck was created in the year 1919 and stayed on top of the list till 1927.

The truck production by Hatsudoki Seizo Co had failed. But it was the first company in Japan that made the three-wheelers using only local spare parts. The HA model of the tricycle with 500 cc side-valve engine had been produced only for one year, from December 1930 till the end of 1931, then it got replaced by the HB model. At the same time, Hatsudoki Seizo and Tsubasa (Nippon Air Brake, now trading as Nabtesco, the manufacturer of the vehicle braking systems) signed an agreement that led to the production of tricycles with a similar composition. The success of this particular model was due to the simplicity of use and increased carrying capacity. 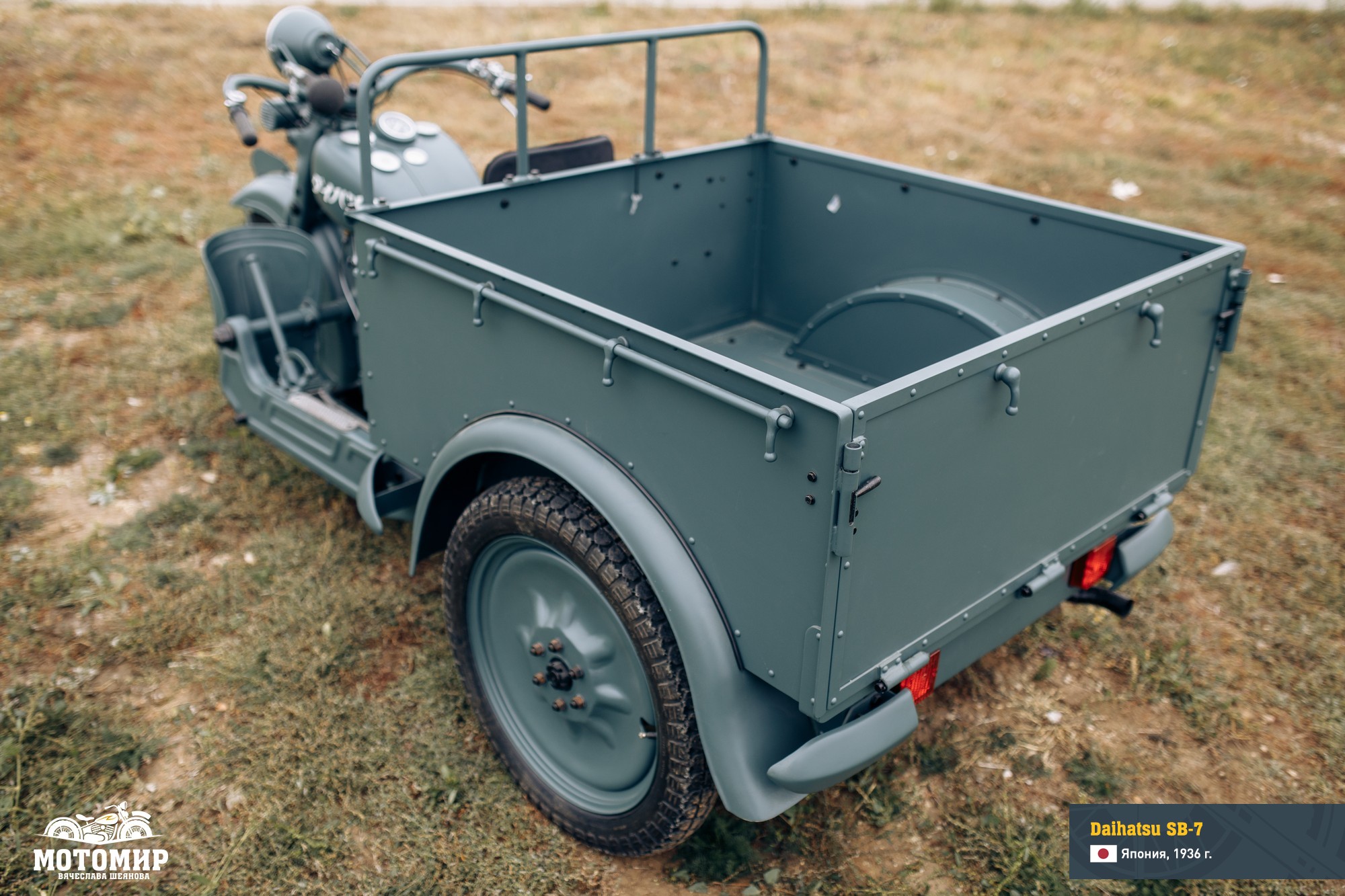 By 1935, prior to Japanese invasion and occupation of China, Daihatsu had started the manufacturing of trikes for the military and had quickly become the leader in this field. In the mid-30s the tricycles were also popular in Italy, but the Japanese version had undeniable advantages: an increased engine displacement, more durable chassis and stronger saddle portion of the frame. 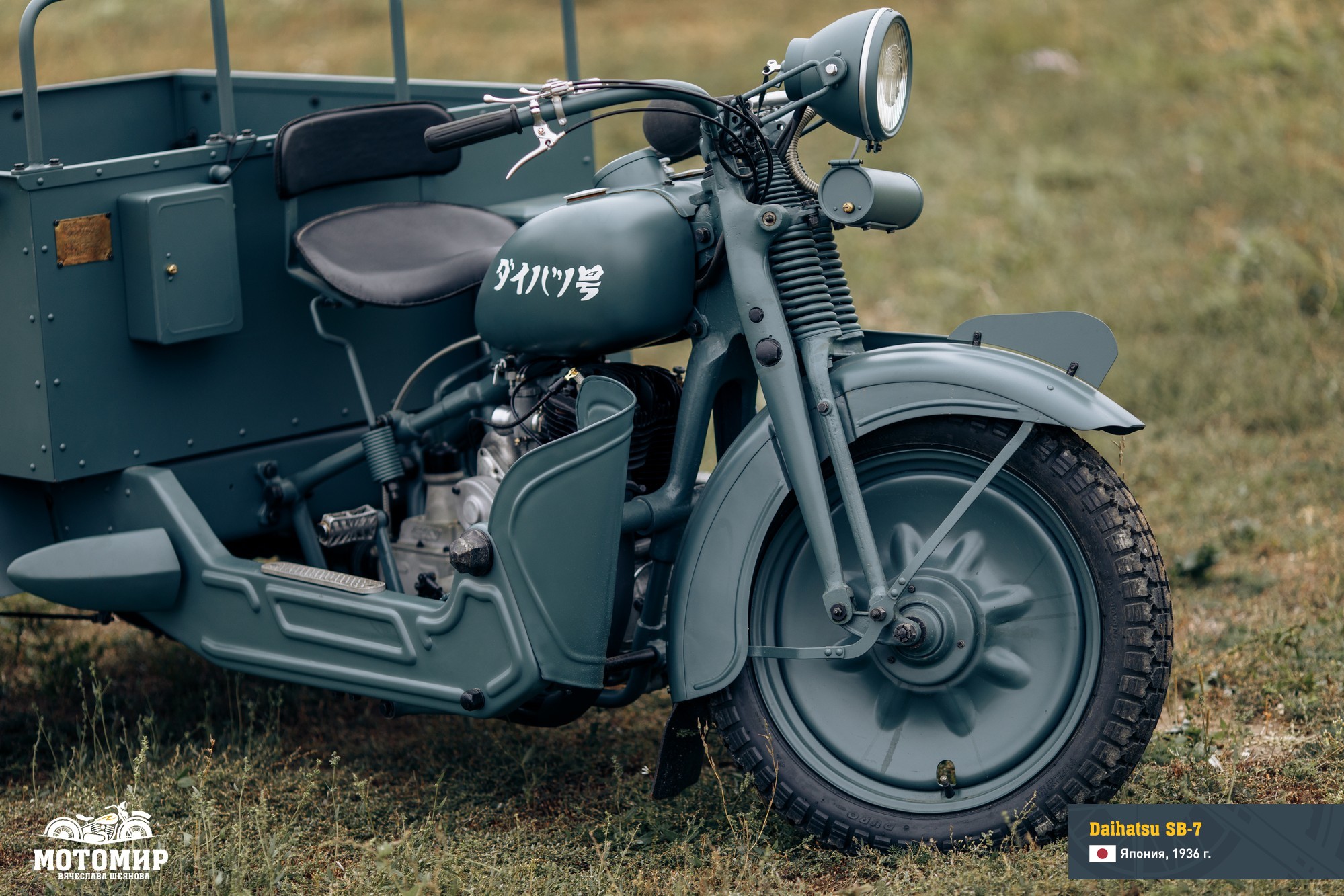 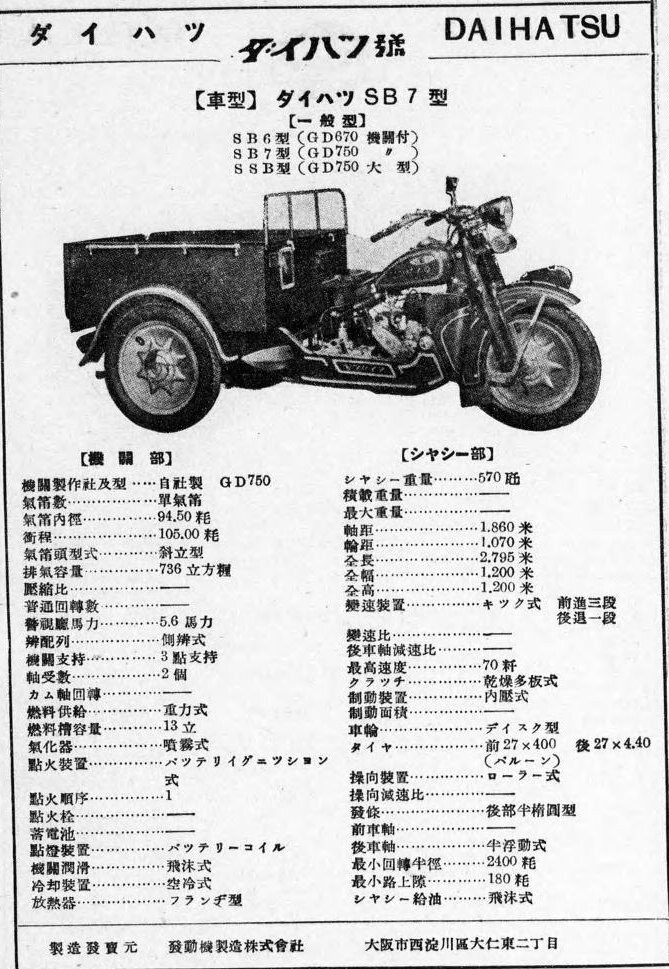 In July 1937, a war has started between Japan and China. After Japan entered the WWII, all available vehicles were engaged in actions. So, many abandoned trikes remained in China where they have been heavily used till its decay. All vehicles left in Japan remained in use for urban renewal, delivery of construction materials as well as for commercial purposes in the postwar time. After all these years, it’s near impossible to find a Daihatsu tricycle issued in the 1930s. 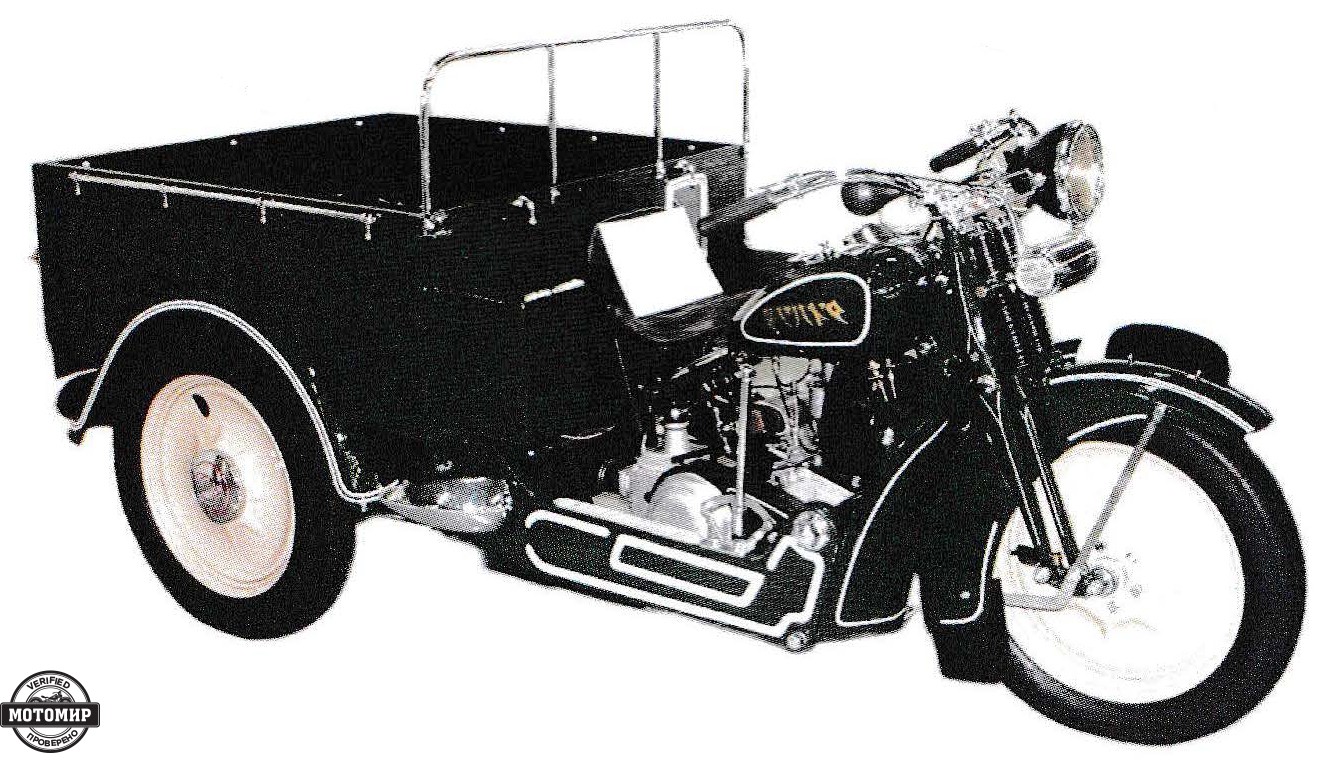 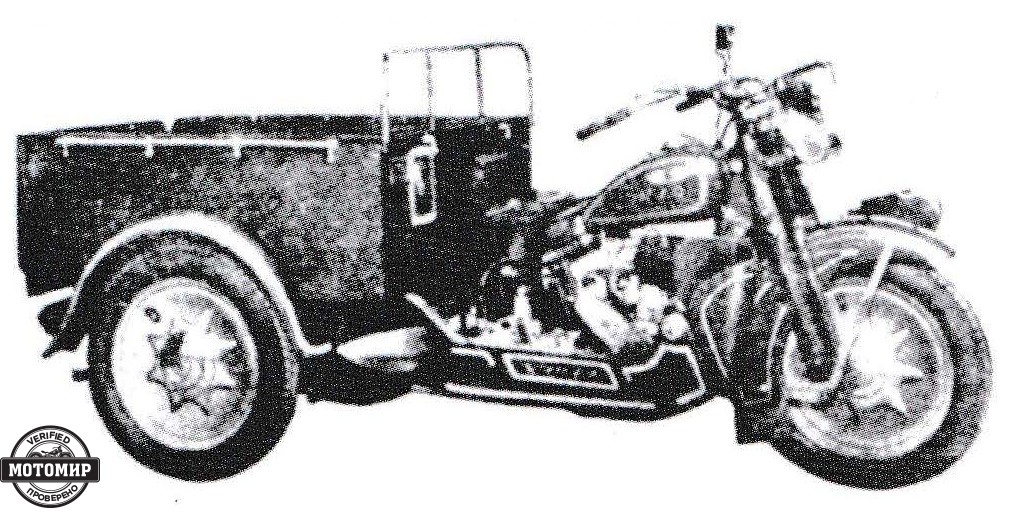 The tricycle presented at “Motorworld” is different from the SA model. SA and SB models feature revised design recognized by new frame graphic (forward sloping on SA, back sloping on SB). The trike is equipped with a single-cylinder, 4-stroke engine (736 cc of working volume and 20 hp). This particular model was designed for one person but the Daihatsu SB-7 is able to carry a maximum weight up to 500 kg. It can reach a maximum speed of 70 km/h on a paved road.

The Daihatsu Motor Company continues the production of vehicles till this day. 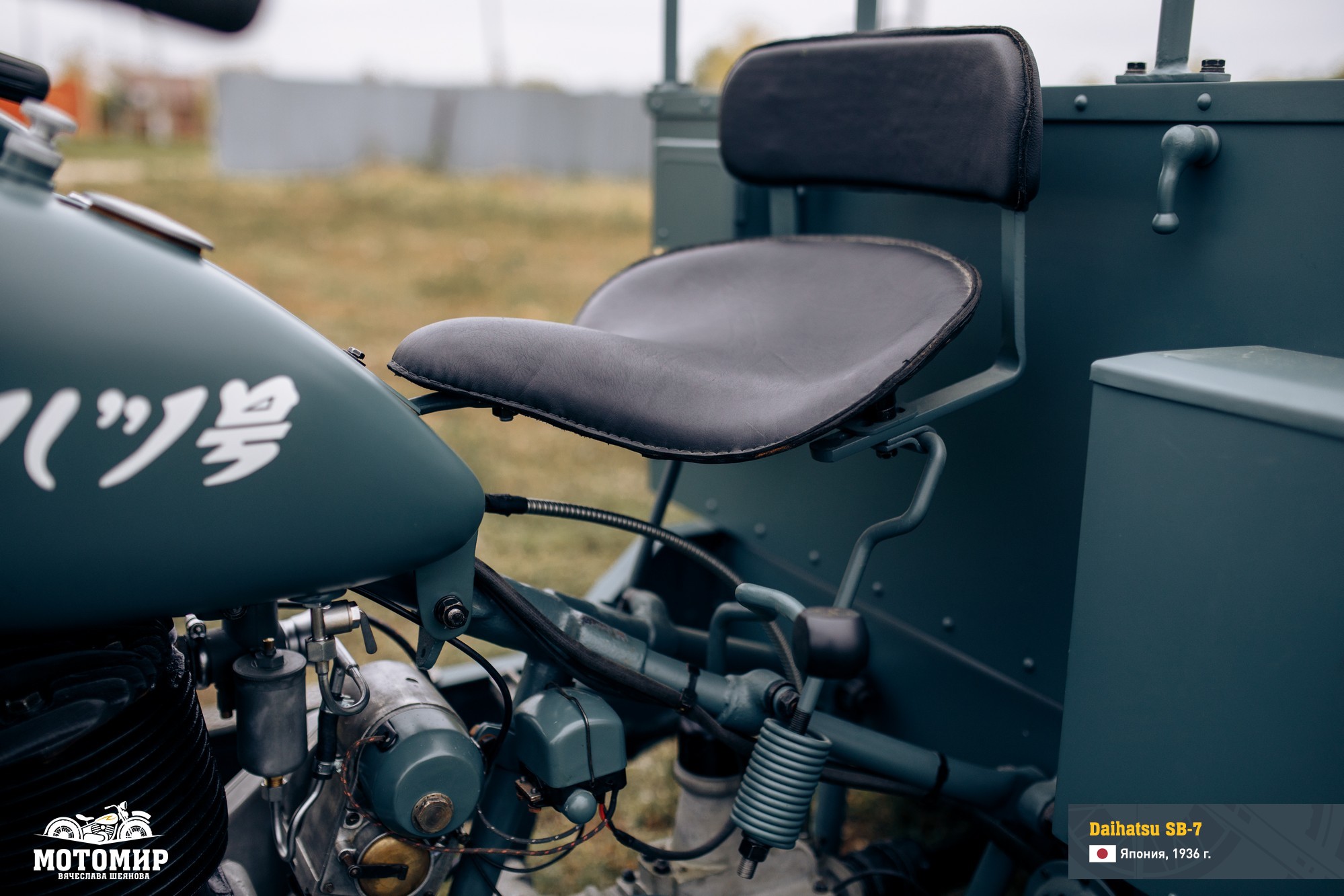 The Daihatsu SB-7 trike from the Vyacheslav Sheyanov’s collection was assembled into one machine using two tricycles.

The first one was found in the Krasnodar region, and at first glance appeared to be in good condition. But a lot of improvised repairs and interventions, in addition to inauthentic parts incorporated into the machine, have changed it. Simply put, it was far from the original. So we had to find another source for spare parts in order to restore the first trike.

The “donor” was found somewhere near Vladivostok, it was the trophy tricycle from the past war. Its condition was even worse compared to the first one but, by a stroke of luck, it had the parts we needed to start the restoration.

It was decided to entrust the process of restoration to the Italian team of professionals, led by Costantino Frontalini, the true master of his craft and our dear friend. Check out his review on our Daihatsu SB-7 tricycle (engine №GD7508-5114; chassis №20148):

“When we got the Daihatsu, it was in a bad condition. Most of the chassis parts were severely damaged and required a lot of restoration efforts. It took just as long to restore the engine with the damaged valve train. We had to seek help from third-party professionals in order to repair it. Although the machine was repainted several times, we were able to restore the original colour. The Japanese cargo trikes have a peculiarity – the machines have no tactical marks. This is confirmed by historical photos. We have found only the logo on the petrol tank”.